Here’s the strange thing about decaf: there aren’t many conversations about decaf. Sure, the topic gets broached maybe once by a coffee-loving person. But then? Never to be brought up again. So, let’s do that exact same thing and talk about decaf just this one time.

As a (former) barista, it wasn’t really a big thing back when I was slinging shots. The cafes I used to work at had one or two hoppers, max – but neither of them were filled with decaf beans. I’d get a single customer, once in a blue moon, who’d ask if we served decaf but would then go on to get a regular cuppa anyway. So, what’s the fuss about decaf? Decaf, or decaffeinated, coffee is made from coffee beans with a minimum of 97% of its caffeine content removed. No matter how hard people have tried, they can’t ever seem to get 100% of caffeine removed from coffee beans. Caffeine content will vary widely by the type of coffee, with regular coffee containing about 95 milligrams and decaf coffee containing about 2 milligrams per cup.

Despite the severe reduction of caffeine content, the nutritional value remains the same. Coffee, as we may know, is one of the best sources of antioxidants – decaf is no different. Decaf coffee is also a decent source of magnesium, potassium, and vitamin B3, with decaf satisfying at least 2% of our recommended daily intake (RDI).

But how is decaf coffee made? There are three processes that coffee companies can use to make decaffeinated coffee. Let’s go over how decaf is made:

How is Decaf Coffee Made? 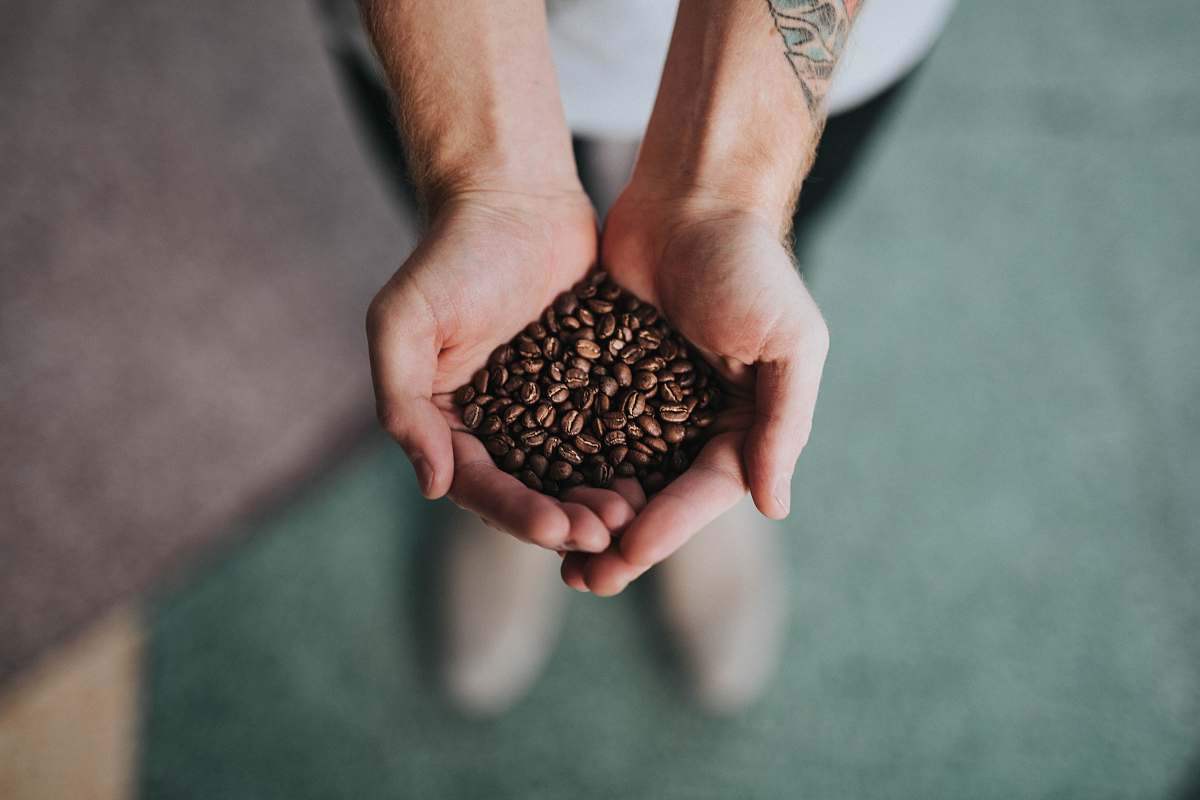 These processes might sound a little scary – I don’t blame you, I felt the same – but, really, it’s because of the big fancy science words. Otherwise, decaf coffee is absolutely safe for consumption, and you shouldn’t worry about the decaffeination process doing anything funky aside from removing the caffeine content. Here’s a quick overview of the other three processes:

While the green beans are washed, pressured liquid carbon dioxide is introduced to the beans. To extract the caffeine, the CO2 is pumped through the coffee grounds – with CO2 having the amazing property of being able to nitpick the caffeine without removing anything else from the bean. Then evaporation helps separate the caffeine from the carbon dioxide.

The beans that are put through this process can get as much as 99.99% of their caffeine content removed! However, as effective as it is, it’s the most expensive method of the bunch. But a big perk of this process is that the CO2 can be reused for multiple batches of beans.

There are two ways to use chemicals – indirect and direct – with companies using either ethyl acetate or methyl chloride for the process. The direct solvent process involves washing the beans directly with the chemical solvent after steaming them to open their pores. On the other hand, the indirect solvent process has the beans soaked in hot water to separate the caffeine – also the flavor and oils – before treating that bean-water with the chemical to remove the caffeine completely. The green beans are then reintroduced to the treated bean-water to reabsorb the flavor and oils.

This method is rather affordable, but it’s also the most controversial – especially when using methyl chloride. Before companies used ethyl acetate or methyl chloride for the decaffeination process, they used benzene! But that was ages before we learned that benzene was a carcinogen. Now, methyl chloride is under scrutiny because extremely high amounts of the chemical have been found to be toxic and can lead to nerve damage. However, the FDA decided that the 0.001% limit on methylene chloride residues in decaf coffee is safe.

The “Swiss Water” method is very similar to the indirect solvent process, but with one key difference: rather than use chemicals to remove the caffeine, the Swiss Water method uses charcoal filters!

Green coffee beans are steeped in hot water to begin the process. Water extracts all of the soluble components of coffee, such as chlorogenic acid, amino acids, and sucrose. Then, a charcoal filter removes the caffeine. Next, the green coffee extract is mixed with freshly rehydrated green coffee beans, which still contain all of their caffeine. As the beans and liquid try to find neutral ground, like the Swiss, the caffeine is claimed to eventually leave the beans and makes its way into the green coffee extract. What’s left is a batch of delicious decaf beans.

Why Decaf Coffee is Alright By Me

As you may know from the previous entries to the Barista Abroad series, I’m a snooty coffee person – but I’m not a purist. I’d happily go through bouts of stopping my coffee intake entirely to be able to enjoy the benefits. What I’ve learned through my own experiences with coffee is that I’m quite grateful for the existence of decaffeinated coffee.

Decaf coffee is great for those days when you don’t need that big of a pick-me-up. It’s incredible for the times when you’ve already had your full dose, but you’re craving that coffee flavor. Better yet, it gives you just enough of a buzz that doesn’t trigger your anxieties.

So, if you’d like to ask for a cup of decaf, go for it. If that’s how you’re able to enjoy drinking coffee, I’m all for it. Coffee technology and methodology have evolved quite substantially that one can enjoy. In my personal opinion, the more people who are able to enjoy the glories of coffee, the better!