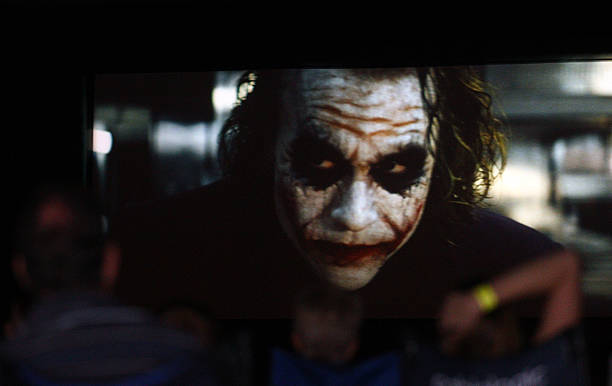 Anatomy of a Villain: Why a Joker Origin Film is a Bad Idea

In order to fully understand what makes the Joker such an iconic and terrifying villain, it is necessary to delve into the evolution of the character and see how the creators arrived at the version we have today.

History of the Joker

According to co-creator Bob Kane, the Joker’s appearance was inspired by the character Gwynplaine from the 1928 film The Man Who Laughs. In the film, Gwynplaine has a disfigurement that leaves him with a perpetual grin. This disfigured appearance not only provided inspiration for the look of the Joker, it also inspired one of his most famous weapons. A weapon that would be featured prominently in his first outing.

Gwynplaine From The Man Who Laughs 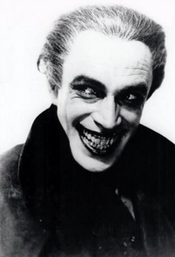 The Joker first appeared in the comic Batman #1, which also happens to be Batman’s first standalone issue. In this issue, the Joker was depicted as a remorseless serial killer who murdered his victims with his infamous Joker toxin. This toxin killed all those who came in contact with it while leaving its victims with perpetual grins on their faces. Sound familiar? This took place in what is known as the “golden age” of comics.

It wasn’t until the “silver age” that the Joker gained his trademark quirkiness. This was brought about by the increasing pressure to reduce the level of extreme violence portrayed in comics. This led to a version of the Joker that was more playful, less violent, but no less sadistic. This version of the Joker played more psychological games with Batman, as well became more of prankster. This is also the period where Joker got the first semblance of an origin story, which will be elaborated on later.

The Joker finally started to gain his edginess back in what became known as the “bronze age” of comics. This period was marked by the Joker turning more homicidal again, as well as being committed to Arkham Asylum after being declared legally insane. The Joker’s insanity had finally become a defining part of his character. A few physical changes to the Joker’s appearance came out of this period as well, including his more slender look and pointed chin.

These changes paved the way for some of the most iconic Joker stories, all of which take place during the “modern age” of comics. These stories include The Killing Joke, where the Joker plays a sadistic mental game with Batman, trying to force the caped crusader to go against his moral code and kill him.

The release of Batman: A Death in the Family, where the Joker reveals that he knows the identities of the Bat-family, also perpetuated this theme. He proceeds to play games with them, culminating in him kidnapping and murdering Jason Todd, who was Robin at the time. This “modern age” of comics features the Joker at his most sadistic. He is an amalgamation of the Jokers of the gold, silver, and bronze ages. He is the version that most fans would recognize today and the version that fans have come to love.

The Joker has never been given a full origin story. There are many comics and films that have given audiences semblances of an origin, but nothing has been deemed definitive or official. The most well known “origin story” of the Joker comes from the acclaimed graphic novel, The Killing Joke. In the novel, Joker’s past is presented through flashbacks. He was a struggling comedian who, in order to support his pregnant wife, turned to a life a crime. He assumed the identity of Red Hood and planned to commit a robbery.

Eventually, he is confronted by Batman and, in an attempt to evade capture, leaps into a chemical vat. He is disfigured as a result and, combined with the revelation of his wife’s death, he goes insane. However, later on in the novel, it is revealed that this whole origin story may have been a figment of the Joker’s imagination. In the novel he states, “Sometimes I remember it one way, sometimes another…if I’m going to have a past, I prefer it to be multiple choice!”

This origin story was loosely adapted for the 1989 Tim Burton film, Batman. Joker was also given a name in the film, Jack Napier. The Joker was further established as the unreliable narrator of his own past in Christopher Nolan’s 2008 film, The Dark Knight. In the film, the Joker tells different stories of how he got his grotesque facial scars that are in the shape of a grin. The first story he tells is to the mobster Gambol:

“Wanna know how I got these scars? My father was a drinker and a fiend. And one night he goes off crazier than usual. Mommy gets the kitchen knife to defend herself. He doesn’t like that. Not. One. Bit. So – me watching – he takes the knife to her, laughing while he does it! Turns to me, and he says, “Why so serious, son?” Comes at me with the knife… “Why so serious?” He sticks the blade in my mouth… “Let’s put a smile on that face!” And… why so serious?”

Later on in the film, he tells a different story to Rachel Dawes, the love interest of Harvey Dent:

“Oh, you look nervous. Is it the scars? Wanna know how I got ’em? C’mere, look at me. So, I had a wife, who was beautiful…like you, who tells me I worry too much, who tells me I oughta smile more, who gambles and gets in deep with the sharks… Hey. One day they carve her face. And we got no money for surgeries. She can’t take it. I just want to see her smile again. Hmm? I just wanted to let her know that I don’t care about the scars. So, I stick a razor in my mouth and do this… to myself. And you know what? She can’t stand the sight of me! She leaves! Now I see the funny side. Now, I’m always smiling!”

In a confrontation with Batman towards the end of the film, Joker again tries to go into a spiel about how he got his scars but wasn’t afforded the opportunity to continue. Thus, it is evident that Joker again doesn’t know his own past, further adding to the mystery of his character.

Why the Joker Origin Film is a Bad Idea

Throughout the years, many of the most notable villains ever put on film were those that the audience knew the least about. Villains like Norman Bates, Hannibal Lecter, and the Joker were so terrifying because the audience knew nothing about them. There was no rhyme or reason to why they were the way they were, they were just inherently evil.

Furthermore, it was evident they enjoyed doing the things they did. These characters were so popular that, recently, both Norman Bates and Hannibal Lecter were given the origin story treatment in the form of television shows. Now, both characters seem to have lost some of their villainous appeal. But why?

When Norman Bates and Hannibal Lecter were given the origin story treatment, it humanized them. Audiences suddenly understood what was going on in their heads and how they became such sadistic killers. This sense of understanding caused the audience to connect with these characters and actually feel for them. The issue is, when someone understands and connects with a character, that character ceases to be terrifying in their eyes.

The Joker is in jeopardy of getting his own origin story treatment in the form of a dark, gritty, 1980’s crime film produced by none other than Martin Scorcese and directed by Todd Phillips. As cool as it would be to see Scorcese put his touch on one of the most iconic villains of all time, it just isn’t a good idea to do it in the form of an origin story.

If the Joker is given a definitive origin story, it robs audiences of a key aspect of his character: the mystery. The apparent randomness of the acts that he commits may begin to seem provoked. The unreliable narrator aspect of his personality suddenly becomes less effective when audiences know the truth. Oftentimes, the story a viewer creates in their head is scarier than what is presented on film. Sometimes, it’s better to not know why “The Man Who Laughs” is laughing. Sometimes, it’s just more fun to sit back and wonder, “How did he get those scars?”