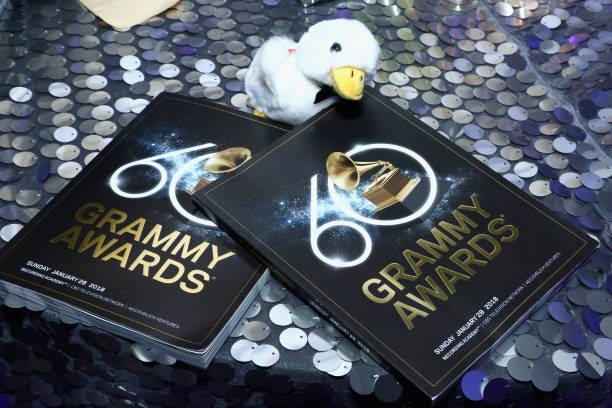 The 60th Grammy Awards took place in New York City last night. The hype had been huge before the show, and record breaking viewership had been expected. As it turns out, the numbers went the opposite way, with a lower than usual viewership. The show in and of itself felt a bit flat, actually. It was steeped in politics, both in terms of the performances, the announcing, and the acceptance speeches. The ceremony started on a political note with a performance by Kendrick Lamar, and continued with bits of political framework (including Hilary Clinton’s audio book “audition”, where she and others provided satirical, comic relief by reading select lines from the controversial Donald Trump biography, The Fire and the Fury). Somehow, though, the show seemed to be missing that “it” factor. The satire wasn’t in particularly biting, the choice of recipients unsurprising. At times, even the performances came across as uninspiring.

Giants of Rock Make an Appearance

There were, of course some highlights. U2’s performance felt like a fantastic flashback. They looked like the same band that performed at Live Aid in 1985. The boys were just as relevant last night as they were then, and oy, the eye candy! Performed in the cold at the iconic Statue of Liberty, U2 looked like the real giants of rock they actually are.

In the meantime, Luis Fonsi and Daddy Yankee performed their mega hit Despacito on the Grammy stage. That had everyone at the venue dancing, and more than likely, viewers at home were doing the same. The phrase, “bringing the house down,” comes to mind. The present author, though, was not the only one to note that the Grammys snubbed and received no awards. The song had been nominated for Song of the Year, Record of the Year and Best Pop Duo/Group Performance but was shut out.

MeToo Throws up a Middle Finger

Kesha was joined on stage by Cyndi Lauper, Camila Cabello, Andra Day, Julia Michaels, Bebe Rexha and the Resistance Revival Chorus. The heart-wrenching and powerful performance of Kesha’s song “Praying” provided the Grammy’s #MeToo moment. Viewers watched a woman taking back her power right before their eyes. Kesha said goodbye to her abuser and his enablers. Millions of viewers watched as her companions on stage helped her delivered a massive middle finger to abusers and enablers everywhere.

That was probably the highlight of the evening for most women. Another highlight came almost as an afterthought. Kendrick Lamar, in one of his acceptance speeches, gave homage to rappers who had paved the way for this year’s class. On his way off the stage, though, he shouted “Jay Z for president!” That statement was more powerful and profound than most of the scripted political messages of the evening.

In a time and place that felt very politicized, the tribute to Chuck Berry and Fats Domino felt like a relief. Straight up mind-blowing classic rock and roll rocket fuel, performed by Jon Batiste and Gary Clark Jr. The “in Memoriam” segments at award shows are always quite somber and sobering affairs, but this tribute was more of a testament to life.

In short, this year’s Grammy Awards felt a bit “empty”, or, shall we say, “less satisfying” than usual. And it wasn’t because Pink wasn’t suspended by the ceiling, or because nobody held a controversial acceptance speech. Kendrick Lamar was actually controversial. Pink’s performance was exceptional. I thought James Corden was great. It could be that the drop in viewership was due to a change in weekday. The awards were also earlier than usual this year. It’ll be interesting to see how the shortcomings are addressed next year.