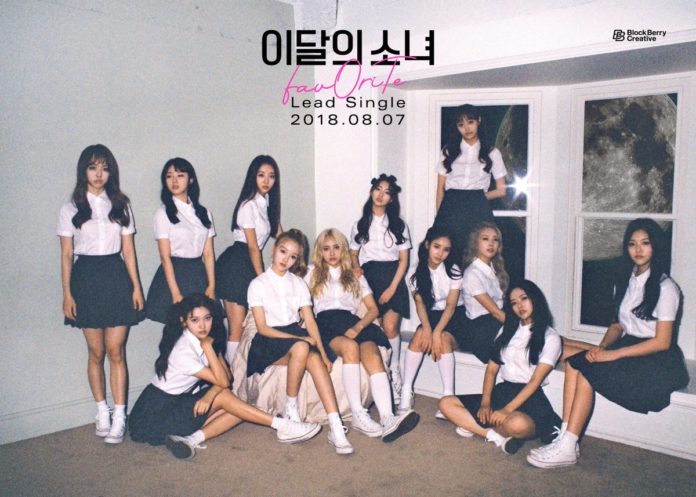 The saying “Rome wasn’t built in a day” was taken as gospel by Blockberry Creative when they were putting together music group LOONA. Releasing their first song as a group tomorrow on the 8th of August, LOONA has been in the works for 671 days. Because of this long build up, the group has gathered a cult following within the K-Pop scene. The amount of success the group can generate with the powers of all its members combined is immeasurable. LOONA’s discography of 12 singles and five mini-albums is worth dissecting leading up to their first collective project, so let’s go through it, beginning with their first sub-unit, LOONA ⅓.

A Brief Guide to LOONA Before Their Debut

LOONA’s first member was HeeJin, with her relaxed song “ViViD“ revealing her to the world. The song featured English lyrics in the hook saying “Oh my god yes, say oh my goodness.” Just over a month later the next member put out a track, with HyunJin performing “Around You.” The video has a minute-and-a-half long intro, which is uncommon for LOONA music videos. As a matter of fact, there is no commonality between LOONA music videos. They all have a distinct feel that makes it seem like each one was produced by a different label. This song maintains a slow pace, like many of LOONA ⅓ members’ release tracks. For the next two months Blockberry Creative, better known as “BBC,” released two more tracks, members, completing the first sub-unit.

The third member of LOONA was HaSeul, who I found had the most creative music video, as its locations and ideas were very outside the box. “Let Me In“ kept the musical style that the past two songs had, but seemed to work off of a higher visual budget. YeoJin finished off the sub-unit with what seemed like a dramatic change of pace from the past 3 songs. “Kiss Later“ was like an energetic morning alarm that woke you up from the preceding slow songs. The song and the music video showed YeoJin in a cute light, interacting with what seem to be children’s characters in a very colorful environment.

Now that four members were revealed, it was time for their first big project, creating LOONA ⅓, the group’s first sub-unit. On March 13, 2017 the “Love&Live” EP was released, with a re-release to come in April with bonus tracks, called “Love&Evil.” Identical to the EP’s name, the group’s music video was called Love&Live. The song is about wanting to be with someone, instead of keeping that want in your dreams. The song is paired with a colorful sports theme, including basketball and track running. It also has a subtle but unavoidable robotic aspect to it, as one of them is recharging themselves with a backpack. The song is more energetic than the group’s first three releases, showing their duality.

In the re-release a month later, the song “Sonatime“ was put out with another music video. This song certainly aims more at the crowd that enjoyed “ViViD” and “Around You.” The rooftop and LED-lit streets at night make for stunning visuals to match the song. This ended the first sub-unit’s work, passing the torch on to LOONA Odd Eye Circle.

LOONA Odd Eye Circle picked up where ⅓ left off in April of 2017. The first member of the next sub-unit was ViVi. The track “Everyday I Love You“ had a feature on it from HaSeul. The cute music video is set in an empty roller skating venue, with HaSeul portraying the lone worker there. It had a colorful, maybe even retro, feel to it. Kim Lip became the next “Girl Of The Month,” with “Eclipse“ coming out on May 22, 2017. This dance song (audibly and visually, as the whole music video is a dance routine) takes place in what looks like an abandoned building, with periodic cuts to dancing in a studio. A part of the choreography during the hook was re-used in the song that was made in the Odd Eye Circle sub-unit track later on.

LOONA and the team behind them continued to flex their range when they debuted JinSoul. Her song had a mainstream EDM style in “Singing In The Rain,” with minimal singing in the hook and tons of lyrics leading up to it. Choerry’s debut was the last one in this sub-unit, and the 8th in LOONA history, but subjectively had one of the most interesting tracks. “Love Cherry Motion“ starts with a sweet, “cute” concept, even going into the chorus, but then takes a huge turn into a badass, bass heavy song with some darkness to it. Only seconds later, we go back into the innocent world of Choerry. The song could never pick one consistent concept, but that gave it a unique charm.

With another four members set for a sub-unit, we saw the debut of LOONA OEC (Odd Eye Circle), featuring a title track called “Girl Front.” Filmed in Los Angeles, this sunny, colorful music video features a catchy chorus. The mini-album’s original release was called “Mix & Match” and had an 11 minute playtime. The re-release of the project, entitled “Max & Match,” included an English version of “Loonatic,” which was originally released in the first version. The mini-album reached 10th on Billboard World Albums and 16th on the Gaon Music Chart. This ended the promotion for the second LOONA sub-unit.

After Odd Eye Circle finished their releases, for the first time in LOONA history, the group took a break. The constant flow of a release every month stopped from July to November of 2017. That’s not said with a hint of disappointment, as it’s impressive that the group was able to put out a quality music video or full release once a month for eight months straight.

When LOONA came back, they returned with Yves, the first member of yyxy. She came out with the song “new.” The flashy music video, paired with a laid back song, made for a great combination. The song is described as “soultronic”, using lots of synth-type sounds. After Yves came Chuu, who had a very upbeat song called “Heart Attack”. The lyrics were less metaphorical and right to the point, with the mainstay being “you attack my heart.” The music video is hard to hate, personally being my favorite. It’s goofy, cute, and adorable. Yves is an actor in the video, being the person that Chuu is trying to pursue.

In late January Go Won was announced as the “girl of the month.” The way that “One&Only,” her music video, is shot is very unique. It switches between vertical and panoramic shots. Go Won’s distinct voice is fitting for the song. The catchy English hook is easy to sing along to. The final LOONA member to be announced came in March, with Olivia Hye releasing “Egoist.” The song starts out relaxing, but quickly amps up after the chorus. JinSoul gets a feature on this song, the music video for which pairs it with very dark visuals.

It was exactly two months later that yyxy released their sub-unit mini-album. Titled “Beauty & the Beat,” the main track “love4eva“ had an unusual feature on it, with Canadian indie-pop artist Grimes lending her voice to the intro. The video follows a storyline that sees the four girls trying to escape a building with a strict teacher of some sort. Shot at a very scenic castle in Budapest, Hungary, the video has some very interesting visuals. The mini-album reached #6 on the Billboard US World chart, and #4 on Gaon Music Chart. The album did not get a repackage, unlike the other two.

They have since also put out a teaser video for the Music Video. With their collective powers, the group is ready to make a splash on the K-Pop scene. They have the potential to steal Rookie of the Year from (G)I-DLE, who are definitely the front-runner as of now. Only time will tell if the product we receive was worth the just-under-two-year wait.