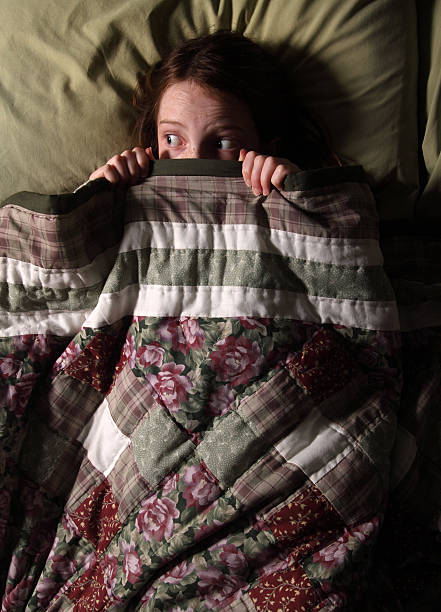 Monsters, ghost, demons and demonic possessions are all common themes during Halloween. Moreover, you can’t surf through channels without seeing the newest terrifying film that highlights some aspect of this dark phenomena. Many of us – 3 million per year in the US – have experienced these horrifying creatures or an aspect of its terror during a sleep paralysis episode.

Sleep Paralysis is a common disorder where the brain shuts down our body, from head to toe, during the REM (rapid eye movement) sleep phase. This, as the famous neurologist V.S. Ramachandran explains, is done for us to not act out our dreams and potentially hurt ourselves. Our brain releases neurotransmitters in our most primitive part, like the pons, which leaves us in a total paralysis. Problems arise when we gain consciousness during this episode and a sense of fear and anxiety takes over our body. Basically, we are wide awake but can’t move our body.

Although sleep paralysis is common and treatable, weird hallucinations can occur which leads to our own personal Halloween. From demons sitting on our chests to a ghost that stares at us in the night and people levitating from their body, these hallucinations can be easily associated with haunted houses, demonic possessions or even threating situations that suit a horror movie.

How the Brain Creates Ghosts During Sleep Paralysis

There’s an Intruder in My Home!

Story: J.A. is finally getting some good sleep after a long day studying (he’s in high school) and completing two volleyball practices. He finishes his homework and falls to sleep rather quickly. At 2 in the morning, J.A. suddenly opens his eyes and feels paralyzed. Suddenly, a man in a black hoodie with a white mask, reminiscent of those in Greek theatre, enters his rooms. He goes through his drawers, closet and even under his bed. The masked creature then turns his attention towards J.A., who’s already in terror because he can’t move any part of his body. He stares at him for a good portion of seconds before J.A. finally gets his upper body to move. J.A. is afraid, sweating like a pig and with his heart racing as if he was in a marathon.

“Sleep paralysis is much more common in hypnopompia than in hypnogogia. Sleep paralysis is often confused by the person experiencing it as part of a lucid dream, which accounts for the high number of recalled dreams with elements of being frozen in place or being unable to move. Common hypnopompic experiences include the sensation of falling and the feeling of a presence in the room.”

As we saw in the sleep paralysis (SP) episode, J.A.’s body was in a state of tiredness and stress. Moreover, J.A. was a high school student, one of the main persons to experience this episode. Your brain is supposed to enter a type of recovery mode when you go to sleep, but things like exhaustion and stress can alter such process. As Baland Jalal explains, in the SP episode, the terrifying dreams of REM sleep can spill over into emerging wakefulness.

The intruder in J.A.’s dream was terrifying, many could say that it was a former ghost of the house or even a demonic visit to his bedroom. But the reality is that his right side of the brain could be involved in such phenomena. Ramachandra et al. explain: “We have proposed that a functional disturbance of the (right) parietal cortex may give rise to the common ‘bedroom intruder’ hallucination seen during SP.” During the SP, if no sensory information enters the brain, especially the temporoparietal junction, which gives a sense of body ownership, our brain contracts differently our surrounding and our sense of embodiment.

The intruder being perceived as a threat to the person is also common to people who suffer hallucinations in sleep paralysis. In a story on WIRED magazine, Alexis Madrigal explains a hypnogogic hallucination:

“In my case, it would happen right as I was falling asleep on the two twin beds that I had taped together. The most vivid time, I “woke up” with the uneasy feeling that something awful was to my left, on the border of my peripheral vision. I couldn’t really see it, but I knew that it was evil and coming closer to me. I felt true terror like you experience when you are about to get in a car crash. I was sure it was going to hurt me.”

Extreme hallucinations can happen during such Hypnopompic hallucinations and, as the great Oliver Sacks argued, many cultures associate them with demonic possessions. In her article in Medium  Alana Brajdic describes her experience after a long day of studying for architecture:

“When I finally managed to get a few hours of sleep during my final week of architecture, I suddenly woke up one night. I thought everything was normal but then something started to happen. I lost control of my body. All my limbs had curled up and I was contorting violently back and forth. It felt as though my body was possessed by a demon. I got thrown onto my bedside table, knocking everything off it. I could feel everything. The bed beneath me, the glass of water spilling onto me, the crashing force of the objects. It felt as it real as the moment in time you’re in right now.

I woke up for what felt like the second time, dripping in sweat, shaking and almost hyperventilating out of fear. I turned my bedside light on and hid under my sheets for a few minutes as I tried to process what had happened. Eventually, I started crying and called my mum to come downstairs and help me feel sane again.”

In many folklores this would have been the old hag, trying to strangle Alana during her sleep or sitting on her chest. But the reality is that the physiologic effects of REM sleep play a big role during this sleep paralysis. During SP in your REM sleep, you’re probably dreaming, a rise of neuronal activity happens, breathing increases rapidly and there’s a reduction of oxygen. This effect, with the terror of being paralyzed, gives a strange state of consciousness in which we enter an episode of terror, like any Hollywood horror film. While there are other sleep paralysis hallucinations, like the Out of Body Experiences (OBE) – where you feel that you’re leaving your physical body – these are well received. Moreover, people want to repeat such experiences.

It seems that when people tell us that our mind is very powerful, what they’re referring to is the complex neural activity that can bring the most terrifying moments in our life. Sleep paralysis is such a curious phenomenon because it puts us in a vulnerable place while our imagination creates the most grotesque and frightful images that we have ever seen. Moreover, our own body’s response is so horrific that nightmare about such a moment could last years.