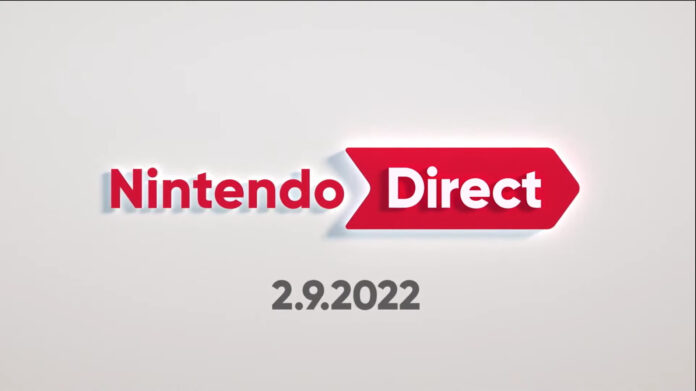 Gamers were just graced with a 41-minute virtual presentation from Nintendo today. There was a lot to digest in today’s Nintendo Direct, with some exciting announcements made from the Japanese gaming giant on their 2022 release schedule.

Here’s every single announcement that they made during today’s Nintendo Direct:

Play as characters such as Edelgard, Dimitri, and Claude while you hack-and-slash your way through a “different story within the same universe”.

Nintendo announced this remastered version of the Advance Wars games during the last Direct, and this time we have a few more details on various enhancements fans can enjoy. Advance Wars 1+2: Re-Boot Camp will feature voice-overs for the first time, along with several new game modes.

Enjoy “War Room” and beat your best previous high score, or design your own map in “Battle Room”. Today’s announcement also included local and online multiplayer features so fans can enjoy the refreshed game with a friend!

Despite a rocky start, No Man’s Sky has still managed to become a cult favorite. Originally released in 2016, the procedurally-generated universe will be coming to the Nintendo Switch sometime this year.

While the Switch version of No Man’s Sky doesn’t include anything new, it makes one wonder how the little hybrid system will handle such a labor-intensive game. Only time will tell!

Mario Strikers: Battle League is the third game released in the series, and it is now more chaotic than ever. Play as your favorite Mario series characters, each with their own special ability to utilize against your opponents and gain the upper hand. The game features a 4v4 mode so you can enjoy matches with your friends locally or online. There is also a new ranked system where players battle against each other in “Clubs” and rise up the ranks.

Five years after the release of Splatoon 2, Nintendo teased a sequel in the series during a Nintendo Direct held last year. This Nintendo Direct showcased a new co-op mode for Splatoon 3 called “Salmon Run” and highlighted a few of the bosses players would face during the campaign.

While there isn’t an official release date yet, players can expect more details to come within the coming months leading up to the general Summer release season.

The Direct also announced that Front Mission 2 will also be remade for the Nintendo Switch sometime in the future.

Play as your favorite Pixar and Disney characters in this upcoming battle racer. In Disney Speedstorm, each character has their own unique ability to get ahead of the rest. Players can use character Ultimates at the right time to give themselves a massive lead, too!

Disney Speedstorm is made by the creators of the Asphalt series of games and will not only be free-to-play, but players will be able to compete against their friends across platforms.

Wield the power of the Dark Side as Darth Vader’s secret apprentice in this second remake of the hit series. Star Wars: The Force Unleashed is an enhanced version of the previous version made available on the Wii system. So, expect to be able to use the Force as well as your lightsaber with motion controls and button controls.

Have a fellow Star Wars lover over? Dual them as your favorite characters in a new local dual-mode!

Enhanced for the Switch, the game also features touch-screen controls that players can use in handheld mode.

Ever wanted to pit chibi-Gundams against each other? Well, with SD Gundam Battle Alliance, you can! Battle through enemies using your favorite Gundam as you progress through the game’s story.

The game also features an online multiplayer mode so that you can enjoy the game with a fellow Gundam lover!

Chrono Cross: The Radical Dreamers Edition is a remaster of the original Chrono Cross series. This remaster also features the ability to turn off enemy encounters completely and has enhanced game music.

Along with the original Chrono Cross games comes the text-based adventure The Radical Dreamers.

Originally announced last year, Kirby & the Forgotten Land had a few exciting updates during today’s Nintendo Direct. Players play as Kirby as he travels through a strange dystopian land to rescue Waddle Dees and return them to Waddle Dee Town. With each Waddle Dee you save, the town grows larger, providing Kirby resources and upgrades to use on his adventures.

Today’s Direct also announced a new ability: “Mouthful Mode”. If Kirby tries to eat something too big, he gains temporary abilities such as faster travel with “Car Mouth” or attack abilities with “Vending Mouth”.

The Kingdom Hearts series of games will be available on the Nintendo Switch for the first time. Relive the adventures of Sora, Goofy, and Donald throughout all three games, plus the Re Mind DLC.

The unfortunate news is that the Switch version of the games will be “cloud versions”, meaning that players will need an active internet connection to be able to enjoy the game.

Much to my delight, owners of the Nintendo Switch system will finally be able to enjoy the cult-classic docked and on-the-go. Portal: Companion Collection features both games in the Portal series and allows not just split-screen multiplayer but local and online multiplayer in Portal 2 as well!

Reminder: the cake is a lie.

You can enjoy the game with friends and family on a single system or, if you’re far away from each other, through online play! Online play also allows players to compete against each other in a global match-making system.

The greatly loved rhythm game Taiko no Tasujin has a new game on the horizon. Drum your way to becoming a taiko master with a total of 76 songs. Rhythm Festival also features two multiplayer modes: the co-op “Don-chan Band” mode, where up to four players perform on a virtual stage, and the battle mode “Great Drum Toy War”.

Now, I don’t want to alarm you, but Taiko no Tatsujin: Rhythm Festival has Megalovania in its song list. RIP.

Today’s Nintendo Direct announced a demo version of the upcoming Triangle Strategy game. Players can have a taste of the game up to Chapter 3 and won’t have to worry about losing their save data if they purchase the full game as the game will transfer save data.

Love it or hate it, Cuphead seems to be here to stay. The upcoming paid-DLC Cuphead: The Delicious Last Course. This DLC features a new playable character, Ms. Chalice, who has her own special abilities – double-jumps and rolls. Whether this will help you get less frustrated, who knows!

Four months after its original release, Metroid Dread has a free update giving players two new modes to play. “Dread Mode” is a super-hardcore mode where players only have 1 HP, while “Rookie Mode” offers players a leg-up with active regeneration.

Nintendo also announced another free update featuring a “Boss Mode,” which will arrive in April 2022.

Members of the Nintendo Switch Online subscription service will enjoy not one but two cult-classic Nintendo games. Earthbound and Earthbound Beginnings – originally released on the SNES and NES systems, respectfully – are playable today!

While thankfully we didn’t hear a peep about the dreaded “Nintendo” Kart, Mario Kart 8 Deluxe will be getting a major paid-DLC upgrade. Today’s Direct announced the “Booster Course Pass”, which will feature up to 48 remastered courses from previous games and Mario Kart World Tour, to be released in “waves” up to the end of 2023.

Subscribers to the Nintendo Switch Online Expansion Pack will be able to enjoy the “Booster Course Pass” for free, while non-subscribers should expect to pay $24.99 for the Pass.

The much-anticipated sequel to the Xenoblade Chronicles series has a release month!

Finally, as per usual, the Nintendo Direct featured a quick look at a handful of games coming out in the next few months:

And there you have it! All thirty announcements that Nintendo made during today’s Nintendo Direct broadcast. Which game are you most excited about? Let us know in the comments!

Catch the latest Nintendo Direct with all its trailers on the official Nintendo YouTube channel: