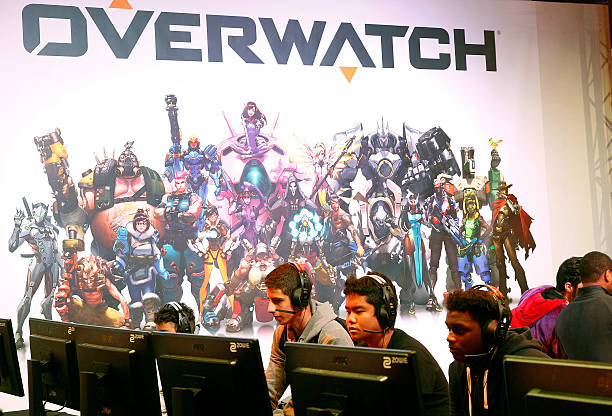 Since Blizzard announced the Overwatch League, the concept has been embattled in controversy, curiosity, and most importantly, intrigue. No matter the end game for the Overwatch League, fans of the competitive side of Overwatch and tangential casual players have been excited or at least curious to watch how Blizzard develops as a successful esports league. Recall, this is the first esports league attempting to formulate in the mainstream nature of a modern sporting league. Since that announcement, commissioner Nate Nanzer has formulated a clear path forward for free agents, franchises, and developers to create a cohesive approach to the bold, fresh take on esports. Although the risk is high for those involved, the reward may be even greater for those who boldly participate. August Overwatch League updates resurrected concerns for the league, but also delivered the succinct harmony on other inceptual league concepts.

One of the central points of discussion surrounding the Overwatch League is how teams would be constructed with a high entry price for new franchises. In early July, the discussion of franchise discussion was extrapolated when the first seven team owners were announced, including Robert Kraft, New England Patriots owner, and Jeff Wilpon, New York Mets owner.

The presence of successful business men in the league added a level of comfort, but also the onus to continue building successful teams around the world. Afore mentioned, the Overwatch League had cornered the major United States cities – San Francisco, Los Angeles, and Miami – as well as pierced the Asian market with teams in Shanghai, China and Seoul, South Korea. However, the European market remained an empty question mark for the league’s success.

With their last update, the Overwatch league not only began to resolve the European situation by adding in a London, England team – owned by esports organization Cloud9 – but bolstering the Los Angeles snapshot by adding a second team.

With additional support from successful sports owners whom are known to be risk takers and business developers, the Overwatch League has further power and legitimacy. This plays against the narrative that a bureaucratic league would be too expensive and nuanced to succeed. The concern that substantial ownership would not be interested in forming an esports league that is structured is beginning to pass.

No longer is forward movement focused on establishing league legitimacy, rather building fan excitement for success. Business power and creativity have arrived through the varying nine teams – now the wait is on the franchise owners to see how they implement varying plans.

Adding two teams does not solely fix the lack of league span; another team in Germany or Seoul would be beneficial to the league’s global span. However, with a transactional fan base in London and a brewing Los Angeles rivalry, the Overwatch League appears to be in good health.

Having the ability and nice ideas to structure a league and build a successful entertainment venue is one factor. The question the Kroenke’s and other franchise owners now resurrect is the player base itself – whom do they pull from? The central problem of developing a league before professional players are intrinsically established is owner behavior; they are hiding in a corner hoping the players come to them.

Discussing the human element for a moment, taking risk is hard and a huge challenge for most people. These owners and CEOs are largely used to risk – risk was their modus operandi to their resounding success.

On the dual side, for the average player, risk is not intrinsic to their nature. Many players are young, curious, and scared. Yes, there are those players who have the desire to come out of the wood work as stars. On the other side are players whom do not want to sign with a large league that can take their very identity.

After all, this is a team project, very different from the UFC like structure of many other esports structures. Like the NFL or MLB, the majority of player identities are going to be swallowed up by the team. Only a few players can stand out as the true star. And taking away the allure of becoming a major star is a huge risk for players.

All that being said, the owners are in works of developing contractual player unions. But, they also bring the power of established rules. The Overwatch League will not be plagued by player disputes with their teams thanks to the forward thinking of commissioner Nanzer, strict rules have been established.

The benefits of signing with one of the teams is a guaranteed minimum salary of $50,000 per year, a guaranteed one-year contract with multiple year options, health insurance and retirement saving plans, and distribution of 50 percent of performance bonuses from the franchise to the players. Roster construction will not be region-locked to home nations, teams will provide housing and practice facilities, and each roster must have six players with no more than 12.

In totality, the players are going to be receiving guarantees structured in their favor. The owners have no precedence with Overwatch, and thus no leverage to hold labor disputes. They must attract the players as each player holds their own leverage.

In the contractual dance of esports, the player has historically held the leverage due to the un-pioneered nature of the sport. Overwatch League is a conceptual, fresh idea, and Kraft, Kroenke, et al have never experienced tangential esports success. Their name carry legitimacy to the league, but not power. The players hold all the power to make the league interesting.

Once both sides realize the players have the leverage, owners will bring into harmony the changing tides of esports contract with their view, and therefore reach out to players. They cannot sit back in a corner waiting for unfamiliar players to come.

Owners need players more than the players need the owners.

Recall, for many of these players their passion can live on without a league. Competitive gaming will exist in niche, unpaid corners forever. Whether it becomes legitimate as an esport is entirely upon the owner.

One team has already reached out to build sign several players. The Seoul team signed six players and two coaches to their roster. The ‘free-agency’ period opened on August 1st and will last until October 30th.

Competitive gaming must have some sort of intrinsic draw beyond personalities. In other words, those personalities must be given talking points to assert a constant narrative surrounding the Overwatch League. Even when the game is not being played, the discussion must go on.

One of the current problems in normalizing esports as a trending competition is the excitement built around major events (EVO) and then the down time in-between events that lack discussion of the game for peripheral fans. While there may be smaller events, such as Absolute Battle 8 occurring this weekend in Dallas, Texas, only core fans will pay attention to these events. And the goal of the Overwatch League must be to draw the peripheral fans into the core discussion all-year long.

Afore mentioned about the fighting game community, the easier a game is to new members, the easier job promoters have in interesting the peripheral. Overwatch is easy to understand, but ease of play does not indicate year-long discussion. The one man who can drive year-long, core discussion is Game Director Jeff Kaplan.

For those unfamiliar with Kaplan’s work, he has made himself the face of Blizzard through developer updates on the official YouTube channel. Through humor reminiscent of parody channels and intricate game tweaks that have both excited and disappointed the Overwatch community, Kaplan has delivered plenty of conversation points already.

Kaplan and the development team has set the stage to create deep conversation around the finer points of the game. Unlike traditional sports, esports can be the recipient of constant updates and tweaks that balance the competitive meta. While some intricate changes may not be noticed by the casual community, there are those changes that will dynamically change the entire community. Thus, the casual crowd as well as the competitive crowd will be drawn into one conversation.

This point was proven yesterday when Kaplan’s latest update to the character Mercy proved how far the Overwatch team would go to improve the game, from their perception, on both the competitive and casual front.  Competitive season updates may create a narrative, but not the narrative that updating and intrinsically changing the way Mercy is played will.

By changing the way Mercy is played, conversation will overpour from competitive into the casual how the meta Mercy mains operate. Or, the rookie players will begin to formulate pros they consulate when the meta changes. Future updates this drastic invite a fun and healthy way to implement conversation.

Conversation in esports ought to avoid dramatic and hyperbolic interactions between players and developers. Personalities are one thing, toxicity and distracting from the actual game is another; esports is doomed by making the main narrative overtly political. Kaplan has done a fantastic job of maintaining controversy without delving into the dirt.

Major updates to Overwatch directly in the middle of their major esports league push are no accident. This is the perfect way to keep interaction healthy, thriving, and continuous. Although these updates will resurrect game problems, while providing harmony elsewhere, the Overwatch League through central updates is an efficient method to establishing an intriguing narrative to discuss moving forward.