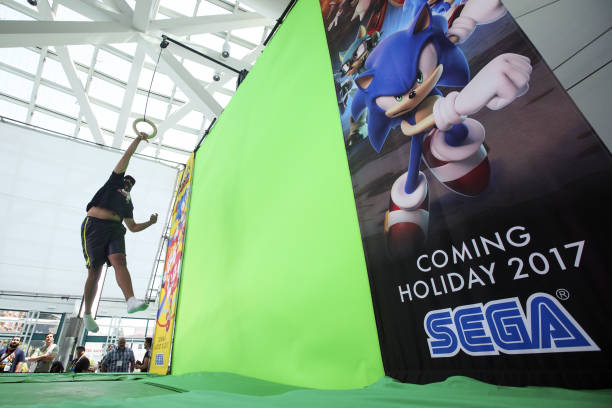 Yesterday I spent the day at EGX, an exposition in Birmingham where I played some exciting upcoming games. Amongst these was Sonic Forces, which was the first game I got a shot at during the exposition. The game wasn’t offensive on the PlayStation 4, but on the Nintendo Switch, it’s a technical mess that just isn’t worth your time.

Sonic Forces for the Nintendo Switch is an Embarrassment

Issues with Sonic Forces on Switch

The problems began the second I launched the modern Sonic stage. Immediately a huge delay in the time it took for me to start boosting after pressing the X button became a recurring problem. Sonic Forces on the Switch suffers from an abysmal amount of input lag, which is especially problematic in the 2D sections. Oddly enough, they had wired Hori Switch controllers, so this isn’t due to any type of interference. The lag was most apparent during the Classic Sonic boss fight, where you must accurately dodge several attacks that Eggman’s machine throws at you. This becomes exceedingly difficult with what seems like half a second of delay between my inputs.

As well as the input lag, there was another problem; It looks god-awful. I don’t know what resolution the game runs at, but I can tell that it’s not 1080p, as the horribly jagged edges and lack of clarity demonstrated. The lower framerate, which I already knew about, was also ugly to look at, and accentuated the input problem. Maybe it’d look more impressive on the 720p screen the console has, but that wasn’t playable, and it wouldn’t make up for the flaws the docked version has.

Sonic Forces on PlayStation 4 and Other Thoughts

The PlayStation 4 version of the game played quite nicely. I did think that the control stick was a tad sensitive, but I’ll probably adjust when the game’s out. The game also looked a heck of a lot clearer on PS4, sporting a higher resolution and a deliciously smooth 60fps, with no noticeable drops in framerate. It’s the best looking Sonic game technically, but I personally prefer Sonic Colours‘ unique levels and beautiful environments.

The gameplay itself was more of the same from Generations and Colours, with a few changes. The most notable change is the fact that you can no longer pick up dropped rings, which is a huge change that I don’t agree with. Why change a huge part of Sonic’s formula like this? It makes no sense, and makes boss fights needlessly more stressful.

The modern stages were average at best. They were far worse than any Generations and Colours stage, which have similar gameplay, but with better level design. The biggest issue was, as usual, the 2D sections, which seem to get worse with every boost-style game that is released. The 2D section was tedious and slow, completely breaking the flow of the game. Whilst I actually enjoyed the short 3D section, the stage was completely ruined.

The tag-team stages are by far the best part of the Sonic Forces demo. The tag team stage was completely devoid of 2D sections, making it a lot less offensive than the jarring and obnoxious sections in the modern stage.  By the end of the level, I felt like I had fun, something I’d struggle to say about any 3D Sonic game since Colours.

Overall, Sonic Forces is a huge disappointment. I’m wondering whether the portable Switch version is worth the technical issues, and whilst the PS4 version of the game is definitely tolerable, it’s nothing special, and doesn’t bring much new to the table. The biggest thing I’ve taken home from experiencing the Switch version is concern. Will future titles such as DOOM have noticeable input lag? Will Yooka-Laylee on Switch run at a lower resolution than its counterparts? We can only hope that this is just one incompetent port, rather than the beginning of a trend.