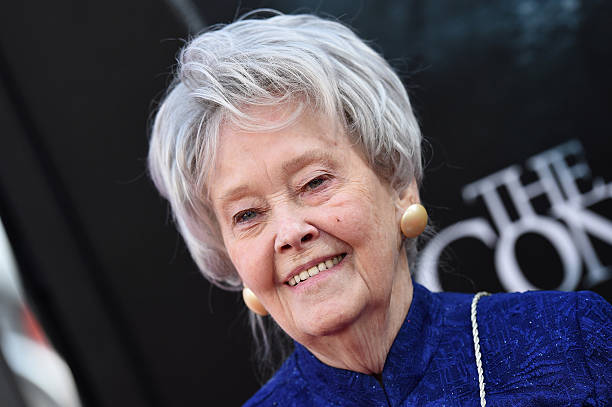 In the summer 2013, director James Wan released a horror film so terrifying that the MPAA refused to give it anything less than an R rating. It was so terrifying that some theaters had disclaimers warning audiences about what they were about to experience and some even had priests on hand. It was so terrifying that it resulted in one of the highest grossing opening weekends of all time for an R-rated horror film. This film, based on the true case files of paranormal investigators Ed and Lorraine Warren, was The Conjuring. In went on to spawn a sequel in 2016, also drawn from the Warrens’ case files, as well as two spinoff films and a third in the works. This new cinematic universe, aptly named “The Conjuring Universe”, now boasts some of the most well-made and terrifying films in modern horror cinema. With that being said, where can it go from here? The only way to know is to dig through the case files of Ed and Lorraine Warren.

The Warren Case Files: What Could We See in The Conjuring 3 and Beyond

The two Conjuring films both revolve around the same central protagonists, Ed and Lorraine Warren. The Warrens are world renowned paranormal investigators, Lorraine being a clairvoyant and the late Ed Warren having been the only non-ordained demonologist officially recognized by the Catholic Church. Together, they have handled numerous cases over the years, including such infamous hauntings as “The Amityville Horror”, “The Haunting in Connecticut”, and the “Annabelle Doll”. However, the series has already tackled the Annabelle Doll and Warner Brothers doesn’t own the film rights to the other two stories. Luckily, there are many more cases that the series can draw from. Here are just three of the many case files that can be used in The Conjuring 3 and beyond.

Of the three cases that will be discussed here, this one is easily the safest pick. This is due to the fact that it is most in line with what audiences have come to expect from this series. This haunting reportedly took place from 1974 to 1989 at the home of Janet and Jack Smurl and was supposedly demonic in nature. The Smurls were living in a duplex on Chase Street in West Pittson, Pennsylvania at the time.

It started off subtle, mysterious stains, repugnant odors, and unplugged kitchen appliances catching fire. Then the Smurls began hearing disembodied voices and seeing shadowy figures move throughout the house. It wasn’t until the point that they reportedly began to be physically assaulted by the entity that they turned to Ed and Lorraine Warren for help. After a thorough investigation, Lorraine concluded that there were four entities in the house: an elderly woman who was thought to be harmless, a young, but violent, girl, a man who died in the home, and a demonic presence that was using the three spirits to get to the family.

What makes this case divisive is that, as with many public documentations of paranormal activity, there are many people that believe it was all a hoax. This was fueled by the fact that the family landed a book deal, as well as a movie deal, on the back of this story. It also didn’t help that the owners that moved into the home after the Smurl family claimed no unusual activity. Ed Warren claimed to have captured evidence that the haunting was authentic but it was never released to the public. Similar to The Conjuring 2, the debate of is it authentic or is it a hoax would be an interesting dynamic to play off of. Add in to the mix the mystery of what exactly the evidence was that Ed Warren claimed to have and this could make for an interesting horror/mystery entry into the series.

The Trial of Arne Cheyenne Johnson

Known as the “Devil Made Me Do It Case”, the trial of Arne Cheyenne Johnson is the first known court case in the United States where the defense attempted to enter demonic possession as a plea in court. This story begins with eleven-year-old David Glatzel who, in July of 1980, woke up screaming about “a man with big black eyes, a thin face with animal features and jagged teeth, pointed ears, horns and hoofs.” He was understandably shaken up by this and ceased to be the same fun-loving boy he was prior to the vision. Arne was engaged to David’s sister at the time and decided to stay with the family to help David.

As time went on, David had more nightmares of what he called the “Beast Man”. He would wake up with odd scratches and bruises, hear unusual noises, and even see the vision while he was awake. Things worsened after the family called a priest to bless the home. The visions and dreams continued to increase in frequency. David began to hiss at family members, speak in tongues, and even quoted Paradise Lost. The family eventually contacted Ed and Lorraine Warren for help. The Warrens determined that young David was possessed by 43 demons and, along with four priests, proceeded to perform three separate exorcisms. During one of the exorcisms, Arne made the mistake of challenging the demon, saying that it wasn’t strong enough to enter him. The exorcism was a success; however, Arne’s life had just been changed forever.

According to his fiancé Debbie, it wasn’t long after the exorcism that Arne began to go into trances, growl at seemingly nothing, and claim to see the “Beast Man”. Having always been known as a good guy and a model citizen, Arne began to inexplicably get himself into trouble with the police. One day, Arne was out to lunch with his landlord, Alan Bono, who also happened to be Debbie’s boss. Eventually, an argument broke out and, at some point, Bono grabbed Debbie’s nine-year-old cousin Mary and refused to let go. Arne began to growl like an animal and drew a knife on Bono. He proceeded to stab Bono repeatedly in the chest, killing him.

Arne’s lawyer attempted to enter a not guilty plea by virtue of demonic possession. The judge did not accept the plea because he believed there was no way to show evidence of possession in a court of law. Though the case would have been much more interesting had the plea been deemed admissible, the events leading up to the murder of Alan Bono leave a lot of room for screenwriters to get creative. What’s even more interesting is that, when Lorraine Warren saw Arne challenge the demon during the exorcism, she actually proceeded to warn authorities to keep an eye on him. This story would make for an interesting film, combining the worlds of supernatural horror and true crime. Not since The Exorcism of Emily Rose has the burden of proof been put on a victim of demonic possession. This dynamic worked well in that film and it would be fascinating seeing those same elements play out in the world of The Conjuring.

The Demonic Werewolf of Southend

This is by far the most unique of the three cases being discussed. As the name suggests, this case does indeed involve a demon, a werewolf, and, of course, Ed and Lorraine Warren. It all revolves around a man named Bill Ramsey who, you guessed it, was believed to be a werewolf. The year was 1952. Bill Ramsey was nine years old and growing up in Southend, London. One day, he was in his parents’ backyard when he felt a sudden chill. He then picked up on a smell so foul that he nearly vomited. Suddenly, Bill began to have intense thoughts about wolves. He then felt a rage burning inside of him and, as if just having taken a shot of adrenaline, proceeded to uproot a fence post, with the fence still attached, and swing it around like a club. He then began to gnaw at the wire meshing and growl like a wolf. His parents were terrified and waited inside until the episode was over.

Fast forward fifteen years. Bill Ramsey is now happily married with three children. Little does he know that the episode he had when he was nine was about to rear its ugly head again. It started small, cold sweats, feeling of dread, and growling in his sleep. One night, Bill was on his way back from a local bar with some friends when, unexpectedly, he tried to bite the leg of one of his friends. Another incident occurred when Bill checked himself into the hospital, complaining of chest pains. In the middle of an examination, he bit the arm of a nurse and began running through the hallway, shoulders hunched, hands curled into talons, and lips bared like a rabid animal. He displayed nearly superhuman strength and it took a team of people and a tranquilizer to subdue him. He had a similar outburst at the same hospital about a month later.

Bill’s story eventually began to receive news coverage, which caught the attention of Ed and Lorraine Warren. They requested to speak with Bill and insisted that his issue was actually demonic in nature. Soon after, an exorcism was ordered and performed by the Warrens and famed exorcist Bishop McKenner. The ritual was a success and Bill Ramsey has reportedly not had any incidents since. When it comes to a film adaptation of this case, the filmmakers again have the ability to play the angle of letting the audience decide whether the occurrences are paranormal in nature or not. This is because there have been people that claim that Bill Ramsey suffered from a syndrome know as clinical lycanthropy, which involves a delusion that one can transform, or has already transformed, into an animal. While there are arguments to support both sides, there is no doubt that creating a horror film that also forces the audiences to think for themselves and draw their own conclusions could make for some compelling cinema.