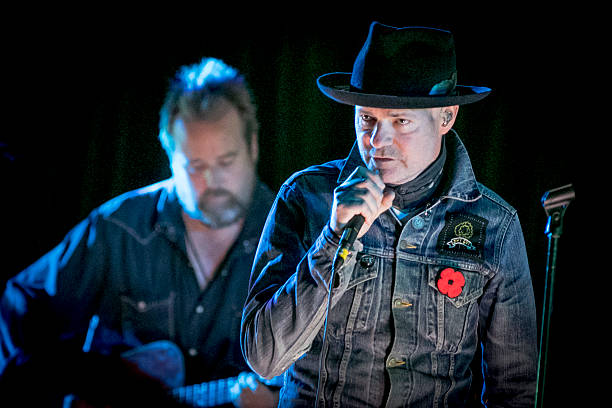 2016 was the year the world seemed to be losing all its cultural icons. It started with David Bowie, ended with George Michael, with Prince and Leonard Cohen and so many more in between. It wasn’t like it was just movie stars who passed away. Many were singers and song writers Gen-Xers grew up with, artists who defined the generation. Some of the deaths were more difficult to wrap your head around than others. Towards the end of December, many just wanted the year to “be over already”. Canadians were still reeling from Prince’s death in April when the news came of one of the country’s own rock icons, Gord Downie, had an incurable illness. While 2017 has indeed felt a bit kinder, Canada lost Downie to brain cancer in October.

Let’s talk about cultural icons. If you were to ask non-Canadians to name a Canadian artist or band, what would they say? Likely Justin Bieber, Celine Dion, Nickelback, Drake, maybe Bryan Adams or Nelly Furtado. Canadians who grew up with the “MAPL system” and its legislated Canadian content on radio and TV, were exposed to bands that were big in Canada but perhaps not on the world stage. Under MAPL, Prairie Oysters, Barenaked Ladies and Great Big Sea got air time, and so did The Tragically Hip.

Fronted by Gord Downie, the Tragically Hip formed in 1983. The band signed a record deal with MCA and released a first EP in 1987. In 1987 came Up to Here, the album that would make them icons. It included hits like Blow at High Dough and New Orleans is Sinking. The album won the band their first Juno.

The Rise of The Hip

Their next three albums, 1991’s Road Apples, 1992’s Fully Completely and 1994’s Day for Night, all went multi-platinum or diamond. “The Hip” never did reach those types of sales figures again, but continued to sell at platinum or multi-platinum levels. North of the 49th parallel, at least – he never did grow massively huge in the US. While selling out in Canadian hockey arenas, they continued to play smaller venues there.

Back home, the band received 16 Juno awards, was inducted to the Canadian Music Hall of Fame, won a Governor General’s Performing Arts Award, and earned a star on Canada’s Walk of Fame. They even received the Order of Canada. Then, on May 24th 2016, came news that Gord Downie had glioblastoma, an incurable form of brain cancer. At the same time, the band announced their final summer tour, the Man Machine Poem tour.

The Man Machine Poem tour opened in Victoria on Canada’s west coast in July of 2016. Just for a change, Canadians got a chance to celebrate a life of a great Canadian artist before it was too late. Downie got up on stage and sang under incredibly difficult circumstances. He and the band delivered 15 magical shows in eight Canadian cities. They played their last gig in their hometown, Kindgston, Ontario, on August 20th, 2016 in front of 6,700 fans. 11.7 million others watched the three hour concert in movie theatres, bars and parks, or on TV – it was a Canadian event. By then, Gord Downie had become that guy who put on metallic leather suits and kicked cancer in the face. After the tour, all of the band’s 17 recordings were back on the Billboard Canadian Albums chart. Their last album together, Man Machine Poem, topped the chart.

But instead of retreating into silence and capitulating to the particularly aggressive form of cancer that was rapidly killing his physical being, Downie released Secret Path. The multimedia project tells the story of a child who died of exposure and starvation in 1966, after running away from an Ontario residential school. Simultaneously, Downie created the Gord Downie and Chanie Wenjack Fund, designed  to “start a new relationship with Indigenous Peoples.” He also finished recording Introduce Yerself, an album released posthumously, on October 27th this year. The double album features 23 new songs, each about a person in Downie’s life.

Gordon Edgar Downie was born in Kingston on February 6th, 1964. His life ended on October 17th, 2017. According to a statement on the band’s website, he died surrounded by his children and family. He was 53.