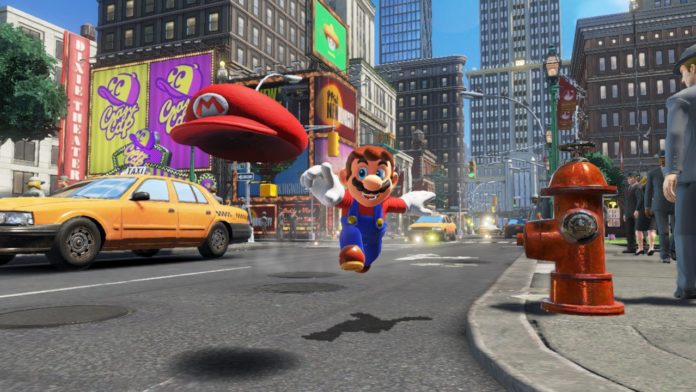 Hello, and welcome to Games You Should Be Playing. This series aims to highlight those games, from indie to AAA, that should be at the top of every gamer’s list. Although titles will inevitably slip through the cracks, there are some out there that you just can’t ignore. This week, we’ll be highlighting a magnum opus of the Nintendo world, Super Mario Odyssey. If you missed last week’s article on Old Man’s Journey, you can check it out here.

Games You Should Be Playing: Super Mario Odyssey

In total, the main story has 14 worlds for the player to explore. In addition to that, there is an entire extra world located within the post-game that is a huge burst of nostalgia back to Super Mario 64. In fact, for only 35 purple coins, you can buy Mario’s 64-bit overalls and hat. So, yeah, this game is downright massive.

The worlds are, again much like Mario 64‘s, pretty open. Although you have to (mostly) finish one world before moving on, you can move freely throughout the world you’re in. Considering how huge the world are, you may want to finish Breath of the Wild before you start on this one. It’ll probably take you equally long to 100% complete.

Honestly, what am I supposed to compare this game to? It’s a masterpiece, pretty much without a doubt. Maybe other Mario games would work? There’s a bit of all of them in here, it’s a bit of a conglomeration. In terms of art style, this game looks and feels a lot like a mix of the Galaxy series and Super Mario Sunshine. There are even 8-bit sections where Odyssey turns into the original Super Mario Bros. In the way of gameplay, it feels like Super Mario 64.

Everything in this game feels like it pays homage to Mario titles before. Seriously, how can that even be a bad thing? Mario is the most recognizable video game character on the planet, and this is why. His games are consistently solid in every way, and the polish on them is unprecedented. This game is a love letter not only to fans, but to Mario himself. Nearly everything is some sort of callback, and it’s perfect. However, there is a really interesting element that this game brings on its own. More on that right now.

The Mechanic You Always Wanted

Hey, have you ever wanted to be a Goomba from the Mario series? How about a Hammer Brother? Bullet Bill? Well, Super Mario Odyssey lets you be all of those things, just like you always wanted. This Mario game doesn’t just limit you to Mario anymore, oh no. It lets you control the world he lives in. As long as you can throw your hat at it, you can take control of any sentient object.

This ties into major parts of the game because some moons you can get are only accessible with this mechanic. It’s so simple, but it’s the genius gameplay that Mario needed to really spice things up. Even in demos, I found myself slinging my hat around onto everything, in hopes that I could see a new mechanic and a new facet of the gameplay emerge. Mario, you’ve done it again.

I’ll be totally honest, I didn’t grow up with Mario. In fact, I don’t even own a Nintendo Switch right now. Everything I have seen about this game or played has been outside of my home. But this game…this one is an absolute system seller. If Breath of the Wild didn’t sell the Switch for you, this game absolutely will. At the time of writing, I am saving up majorly for one of these things. Mario has absolutely done it again. So thank you, Nintendo, for making one of the best video games of all time.