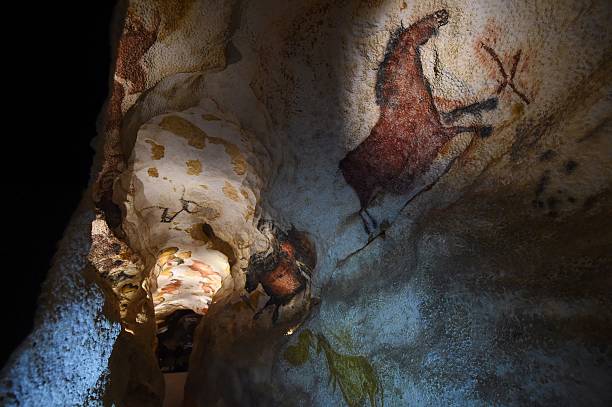 (Rejoice, rejoice! Christ is born
Of the Virgin Mary – rejoice!)

This is the refrain from one of the oldest known Christmas themed songs. It can be found in a collection of Finnish/Swedish sacral songs published in 1582. The song, Gaudite, is typical for its era, and follows a formula of a series of four-line stanzas and a repeated two-line refrain. The “Huron Carol” is Canada’s oldest Christmas hymn, composed by Jean de Brébeuf ca. 1642. Christmas music wasn’t typically used in religious services until in the 12th century. Carols were even banned in the UK, because it was felt that they were inappropriate for such a solemn holiday.  None the less, Christmas themed music overcame its own form of “religious persecution” and survived into a more secular era.

Christmas at the Museum: Carols, Games and Holiday Songs

The oldest songbook in the Nordic region is Piae Cantiones (“Pious Songs”). The songs within the book hail back to the medieval era. Some of them are mid- and southern European in origin, while others have Scandinavian roots. Fortunately, in 1580 someone had the bright idea that these songs needed to be recorded and published for posterity.  The songs were thus compiled in a book for use by pupils at a Finnish school and published in 1582. 20 copies of this first edition have survived, and as a result, many of the songs are still sung to this day. The study of early music in general is hampered by the fact that our oldest forms of musicality pre-dates writing.  Additionally, once systems of writing appeared, only things that were somehow out of the norm were recorded. Songs people sang in daily life didn’t count as out of the ordinary.

Many Things to Many People

Eventually, a system for putting music down on paper developed. Through works like Piae Cantiones, we can ascertain how music composed hundreds of years ago was meant to sound. In Dulce Jubilo and Puer Natus in Bethlehem are some of the most popular songs from Piae Cantiones. While both of these have a Christmas theme, many other “Christmas songs” are old enough to predate sheet music styled notes.

Christmas music, in general, are many things rolled into one. They fall back to a Christian tradition, and yet the origins of many “Christmas traditions” hark back to pre-Christian cultures. Add to that a few sentimental favourites and an element commercialism. The winter holiday, shall we call it, hold many meanings to many people, and the musical tradition is no exception. As a result, “holiday music” is its own genre, but almost all other sub-genres are represented within it.

Carols vs. Hymns  – Profane vs. Sacred – at Christmas

In the Christian tradition, some of the verifiably oldest “Christmas songs” are psalms, the oldest dating back to the Middle Ages. While Christmas carols fall under the same subheading, they’re a different animal. They simply have a different origin. For the most part, they were not composed and arranged by professional composers, but grew organically. Oftentimes they are traditional stories set to music. What was sang in church on Sundays was different from what one sang at a work bee, or while milking. Over time, different people added different “runs” to the same song and perhaps some of the wording changed. As a result, little by little, one song grew into many different songs with different versions of each rendition. In the 18th and 19th century, a slew of new carols were added to the repertoire, and finally, in the 20th century more secular holiday music came along.

Traditional Christmas games are often played at holiday events across the world. Many of the songs and movements have origins so old we can no longer date them. Games set to drums, and possibly music, seem to date back quite far, possibly even into pre-history. While few musical instruments have survived the millennia, some ancient cave art has been interpreted as depicting dancers.

Other scientists argue that footprints in French caves inhabited some 17,000 years ago may constitute traces of group dances. Almost certainly,  these would have been similar to some dances seen among African tribes, or perhaps like modern day line dances. In the European Bronze Age material are examples of figurines and rock art depicting dancers and  instruments. Interestingly, some rock art illustrates stories which have survived within the oral tradition into the modern era. We simply cannot say how old the dances and songs are.

The Very Deep Roots of Ritual Song and Dance

The point here is that from these beginnings, most often interpreted as religious rituals, it’s only a short step to later games and dances set to music with religious roots.  As with carols, such “holy days” themed musical games and dances grew organically out of stories and rhymes. Some of the symbolism surrounding Christmas, including what we eat, drink, wear etc. has very deep roots. Because the roots are so deep that they predate writing, we often cannot date their age. All we know is that based on specific wording, grammar, musical formulas, themes and accompanying  movements, some are very old.

Think about that this holiday season. Listen to the words of Good King Wenceslas, set to the tune of the Medieval spring carol “Tempus adest floridum”. Explore the origin of some of the musical games. You may be surprised to learn their meanings, and their age!