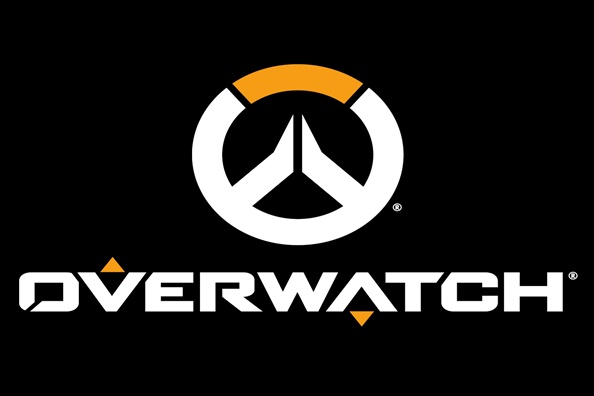 Pre-season play is not always glorious, the expected, or even a perfect crystal ball. But, pre-season performance provides a glimpse into the tone and storylines to watch through the tenure of a season. After the Overwatch League pre-season wrapped up on Saturday, the expected rankings are set in stone and fans now have insight into the who, what, and why in analyzing the teams. The presentation from each team was dynamically fun, but also dynamically overridden by the presence of the undefeated Seoul Dynasty, Los Angeles Valiant, and Dallas Fuel. With regular season play beginning on January 10, there is a clear path of who to beat, and those who will be playing the underdog. Heading into the regular season, Overwatch League pre-season power rankings provide the necessary tone and analytics to watch for throughout the inaugural season.

The Los Angeles Valiant came in to the pre-season with anticipation of a culture brimming in excellence. Despite the team’s over riding youth coming from the now defunct Immortal’s roster, the Valiant came out and had fun on Wednesday, coming back against the San Francisco Shock for a 3-2 match win.

Now, while having fun is a bit of a pre-mature notion for how a team will play down the stretch, in the early regular season that pure jovial spirit will give them a huge advantage to override youth. The Valiant were cohesive and already in better coordination than any other team.

They followed up with another victory by dominating a 3-1 win over the Los Angeles Gladiators. And keep in regard, this is before they even have Brady “Agilities” Girardi on stage. Ted “Silkthread” Wang is a rising start on the team, and took the foremost position with his immaculate Genji performance. The ferocity of Valiant’s offense may be too much for other teams to handle, making them number one in the power rankings.

The Seoul Dynasty are interchangeable at number one, and to be frank, the reason they are not number one is because they did everything they were expected to and nothing more. But, as seen elsewhere in sports, sometimes boring and consistent play wins out in the end over inconsistent high and low play. Right now, the Dynasty look to be the team most structured for a dynasty run.

They came out on Saturday and dismissed the Shanghai Dragons with ease, and then followed up with a 2-1 win over the Houston Outlaws and a 3-1 win over the New York Excelsior. From Seok-Woo “Wekeed” Choi to Jun-Hyeok “Bunny” Chae, the entire roster is composed of interchangeable assets. Their austere and resolved nature to tackling any situation is phenomenal with coach Ho-cheol “Hocury” Lee; watching how other teams attempt to keep ahead of the Dynasty will be interesting.

The Dallas Fuel are given a solid third place in the power-rankings on the back of tight wins and the ability to capitulate themselves into victory once other team’s slip. Their 3-2 victory over the Outlaws and their 3-1 victory over the Florida Mayhem put the Fuel as a definitive team who will take advantage of other’s mistakes based on expertise.

They bring in eight different countries to their roster, implicating they have seen just about anything teams can forward at them. Hyeon “Effect” Hwang takes the DPS lead, while the Finish Timo “Taimou” Kettunen fulfills the back end of the roster with his Widowmaker play. The Fuel will be manipulating several other teams this year and prove a formidable foe to fight against.

Putting the Spitfire at four is rather bold, and could be a hit or miss. Despite their advanced roster, backed by Joon-yeong “Profit” Park and 11 other interchangeable top players from the APEX league, the Spitfire proved their networking would be the biggest concern. They have brimming talent and flexibility, as seen in the 4-0 sweep of the Shock, but that flexibility and advanced play style used traditional tactics, resulting in the Gladiators taking them down 3-2.

The Spitfire need to stick to what makes them best. With more practice, more developed strategy, and more film to study, their veteran prose still puts them ahead of other teams. They can dominate, but need to compose quicker strikes and create concise elements to their patterns.

The New York Excelsior take fifth primarily because they are good enough to beat teams under them, but only tangibly good enough to stay competitive against teams above them. They took care of the Boston Uprising 3-1, but inevitably were left dumb founded when the Dynasty beat them 3-1. They are backed by support Sung-hyeon “JJoNak” Bang, who is only a rookie. Their ace on the season will be Jong-yeol “Saebyeolbe” Park; a good ace, but a player who has yet to hold an ace position.

Without a prominent veteran at point, the Excelsior will falter early in the season, and may be too little, too late to make the playoffs. However, if they catch fire later in the season, watch for the Excelsior to be the number two in 2018 power rankings once League super star, Yeon-oh “Flow3R’ Hwang can play. (Hwang is currently too young per League rules.)

With a seven-man roster, they do not own the bevy of flexibility other teams do. Additionally, Lane “Surefour” Roberts or Jun-Sung “Asher” Choi need to step up as a definitive ace. They boast domineering strategy right now, but need to establish semblance of cohesive at the front. Currently they thrive on the dominance of Aaron “Bischu” Kim to win while on defense. Offensively they are incomplete, and may be the quickest dropper in the power rankings.

The San Francisco Shock put their hope on Andrej “Babybay” Francisty to carry their roster, and he did. However, the rest of the crew disappointed. Granted, this is only pre-season, but suffering a 4-0 sweep against the Spitfire, and a 3-2 loss to the Valiant, they did not live up to expectations. The Shock did beat the Mayhem 3-1, but more on them in a second.

The overwhelming story which should be noted is Jay “Sinatraa” Won and Matthew “Super” DeLisi are their two aces; neither can play due to age limitations. However, they lack coherent depth and will be spending the 2017 trying to overcome hurdles. Their roster composure is decent, but missing components will lead to early struggles.

The Houston Outlaws are the outlier in the league; they looked good in the process of losing. This is a team akin to a rebuilding franchise, structured on the onus of a strategic head coach putting different puzzle pieces together. Coach Tae-yeong “TaiRong” Kim won the Overwatch World Cup last year for South Korea, and has the expertise to build a competitive roster.

Do not be surprised if the Outlaws make a late season run once coach Kim has everything figured out. They stayed competitive against the Dynasty in a 2-1 loss and lost momentum in a narrow defeat at the hands of the Fuel. With five different DPS players, the have flexibility in roster construction against other teams, and will most likely be building unique structures to tackle regular season rosters.

The Mayhem played twice, and lost twice. The first was a 3-1 embarrassment against the Shock; the second was much of the same against the Fuel. Despite their roster of six-men having some true talent in the Andreas “Logix” Berghmans, they are a nuanced, one-dimensional display of power.

The Mayhem showed up in the pre-season and proved they will be unable to flexibly tackle another team’s strategy. Their entire precept is built on a two DPS, two Support, two tank methodology that is overwhelmingly predictable. They do not own the players necessary to adjust their strategy and hurt from that aspect alone.

The Boston Uprising were simply overwhelmed. More may come from them throughout the season, but they lost 3-1 against the Excelsior, and narrowly beat the even more lost Shanghai Dragons 3-2. Even more unfortunate, the Uprising are more known for their defunct introduction video which was better fit for a PowerPoint presentation.

Their best player is Se-hyeon “Neko” Park, a support member. And while having a solid support player is essential for success in tight matches, without cohesion at DPS, the Uprising are destined to falter throughout much of the season. They need to revisit in next season’s free-agency, and may be the proverbial door mat of the league.

The Shanghai Dragons had fun, and the players know each other, but they were unable to stay competitive with other teams in the League. The entire roster comes from the Chinese Domestic League, with little to no experience against top Overwatch League competition. That pure lack of experience showed in their 3-2 loss to the Uprising, and a 4-0 “welp” of a loss to the Dynasty.

If there is good news for the Dragons, by the end of the season, and come next year’s free-agency, experience may make this team better. They need to practice and build fortitude among one another. However, right now, the roster was left gawking at the experience of those around them.

The Philadelphia Fusion did not play. Putting them at 12 may not be fair, but there is little evidence to believe the team will be in the top six come regular season. Too many questions exist strategically among their 12-man roster. This is compounded by a failure to solve “logistical issues” so their players could play in their slotted pre-season matches. Successful franchises are built from the top-down, and those logistical issues are a scary foreshadowing of what may be to come.

Before everything is said and done, the presentation in the pre-season was pristine and fun. The analysts did a great job keeping the atmosphere light and jovial, while still educating the new observers. Both new fans and aspiring Overwatch competitive players were able to ascertain lesson from the pre-season matches.

The regular season begins on January 10th with the San Francisco Shock taking on the Los Angeles Valiant at 6PM pacific time. Tickets can be bought now for those who are in the Los Angeles area.

The season will run in four stages, consisting of five weeks each. At the end of each stage, a title match will be played for additional earnings. The regular season ends on June 16th, when playoffs will begin shortly after on July 11th. 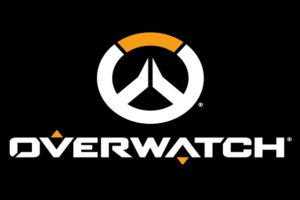