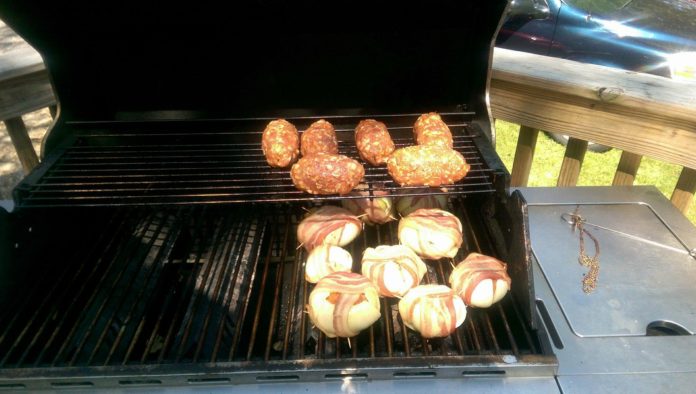 Spring is March Madness Party time as the tournaments continue up until the high school or college championships. If you’re looking for some winning 3 point plays, check out these side dishes to add to your menu.

It’s that time of year again. Spring is in the air and high school and college basketball tournaments are dominating everyone’s interest. The weekend tournaments are a great opportunity to host a basketball watch party. Whether you’re hosting some of your alumni or coworkers, it’s time to add some new items to your March Madness Party menu. By adding in one or all of these 3 pointers as side dishes, your party will be legendary.

Every one of these recipe ideas is easy to do. Your menu choices will also impress your guests. You will get lots of questions asking “what are those and what’s in them?” Adapt these directions to your own tastes and spice level. Be adventuresome and tweak the recipes as needed. 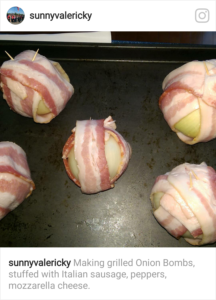 Take the sweet onions and slice them in half from top to bottom. Remove and throw out the outer layer, then separate all of the onion halves and line them up so they match. Take a handful of the sausage and roll it into a large meatball. Take the matching onion halves and surround the meatball with the onion trying to enclose the meat completely. Use a toothpick and secure one end of a piece of bacon to the top of the onion bomb. Wrap the bacon around the onion and secure the other end of the bacon slice with a toothpick. Add a second slice of bacon, making sure to cover most of the onion with bacon.

Your onion bombs are now ready to be grilled. Grill them indirect for 1.5 to 2 hours until all of the filling is cooked. Be sure to not grill the onion bombs over direct flame, especially on a gas grill. The dripping bacon grease will create a huge flame up problem and burn the onion bombs.

As an option, you can baste the onion bombs with your favorite BBQ sauce while they cook. The BBQ sauce also makes a great dip for your guests. 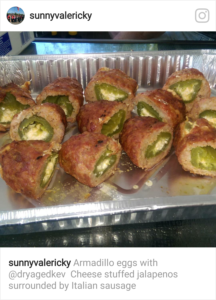 Take the softened cream cheese and mix it with the shredded cheese in a bowl. Cut off the ends of the jalapenos near the stems. Using a thin knife, core out the inside of the peppers removing as many of the seeds as you can. Take the cheese mixture and stuff it into the open end of the peppers until they’re full. Take a handful of the sausage and flatten it out into a square big enough to completely surround the pepper. Place the pepper onto the sausage and roll it until the pepper is sealed inside the sausage. Be sure to cover the top of the pepper so none of the cheese escapes!

Grill the Armadillo Eggs indirect for 75-90 minutes until all the meat is completely cooked. Allow them to cool and cut in half to serve with a nacho cheese dip. 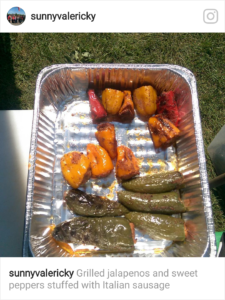 Cut off the ends of the jalapenos near the stems. Using a thin knife, core out the inside of the peppers removing as many of the seeds as you can. Take the sausage and stuff it gently into the peppers until they are full. Place the peppers in a large zip lock bag with a light drizzle of the olive oil and the seasonings so that the peppers are coated.

Grill the peppers indirect for 60-75 minutes until they’re cooked completely. Serve with your favorite salsa or nacho cheese dip. (For an added kick, use hot Italian sausage)

With these three deliciously unique recipe ideas, your March Madness party will score huge with your guests. Give them a try with burgers, brats, the Perfect Grilled Chicken, some craft beer, or anything else to make your party a winner.