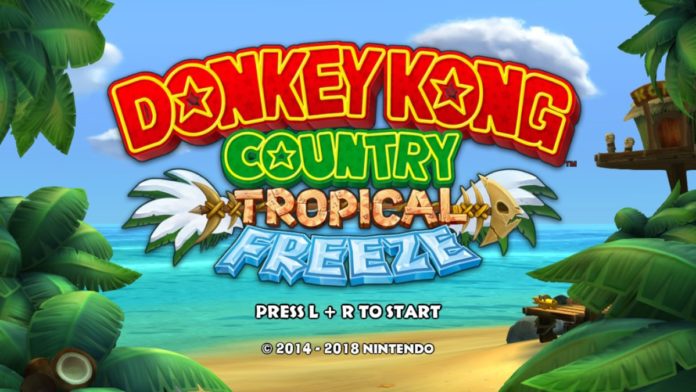 Donkey Kong has made his Switch debut with Donkey Kong Country: Tropical Freeze. This colourful platformer has you traversing several islands and features some stellar platforming. Having never played a Donkey Kong Country game, I took the opportunity to see if I was missing out. Tropical Freeze has a simple yet brilliant sense of story and atmosphere. Right from the start, you’re taught not to take it too seriously. It’s everything that a platformer story should be. The basic premise is that a fleet of ‘Snowmads’ invades Donkey Kong Island, prompting the Kongs to fight and platform their way through 5 islands to make their way back. This simplistic story works surprisingly well, allowing for a tighter focus on the gameplay. The main draw of the story, for me, is the hilarious cutscenes before the boss fights. They’re short, to the point, and hysterical. My favourite scene was when Donkey Kong and Dixie Kong witness a group of owls crush a banana, as their reactions are priceless. 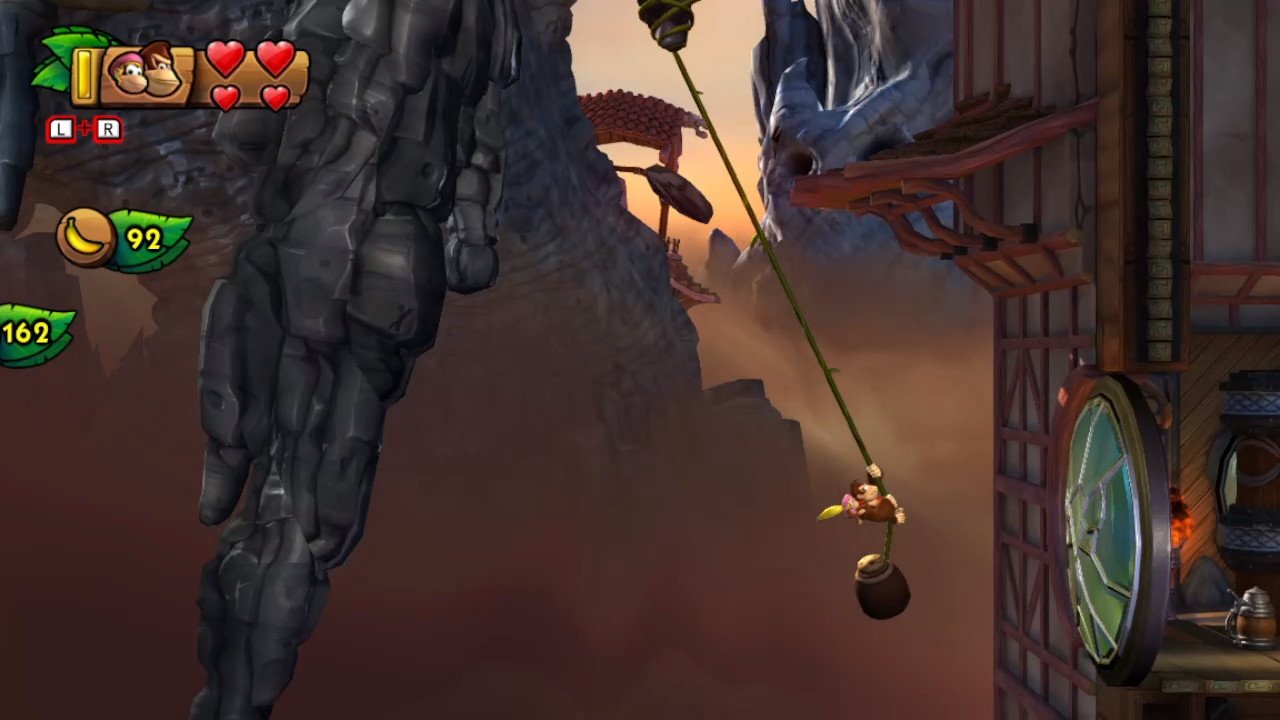 Donkey Kong Country: Tropical Freeze has gained a reputation for being a rock-hard platformer. It’s much harder than recent platformers, such as ‘Sonic Mania’ and ‘Rayman Legends‘, but it’s not as hard as the internet may have you believe. That said, the main game offers a fair amount of challenge, and is an absolute blast to play through. If you’re looking for even more of a challenge, the optional ‘K’ levels are far more extreme.

Most of the levels in Tropical Freeze are classic side-scrolling platform stages. These require you to improve your skills throughout the game in order to get to the end. They follow the Nintendo formula of introducing new mechanics and building upon them as the stage or world goes on. This works great for Tropical Freeze, as, by the end of the world, you’ve had the opportunity to master every stage gimmick, making you feel accomplished by the end. These levels are the high point of Tropical Freeze, and I’ve enjoyed every moment of them. Unfortunately, though, there are other aspects of the game that bog down the stunning platforming experience. 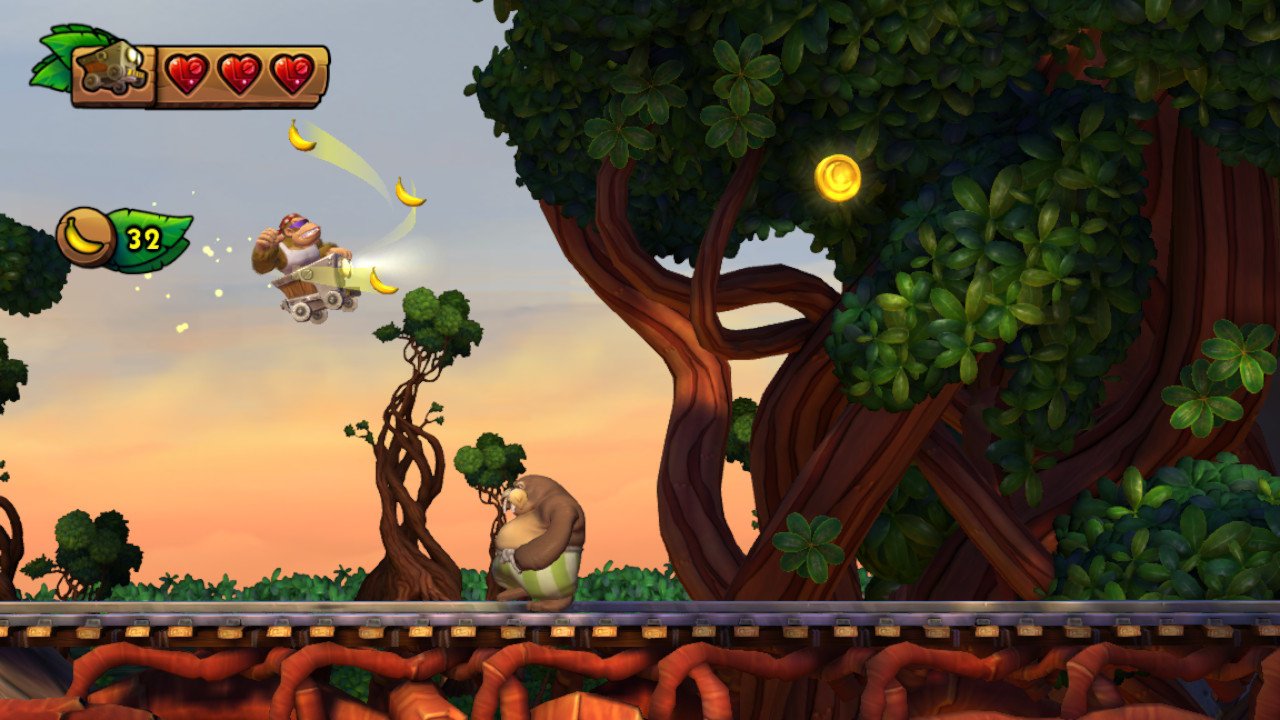 As well as the traditional platforming stages, Donkey Kong Country: Tropical Freeze has minecart and rocket-barrel stages. These break up the enjoyable parts of Tropical Freeze with slower and less fun moments. The minecart stages are sometimes enjoyable, but they usually don’t come close to the perfect platforming levels. Every rocket-barrel stage, however, is a slog to get through. These cheap stages often force you to die, so that you learn the stage, rather than giving you enough time to react. This problem is compounded by the puzzle pieces and Kong letters that are almost impossible to grab on your first run through. These stages are the most unpleasant thing about the game. 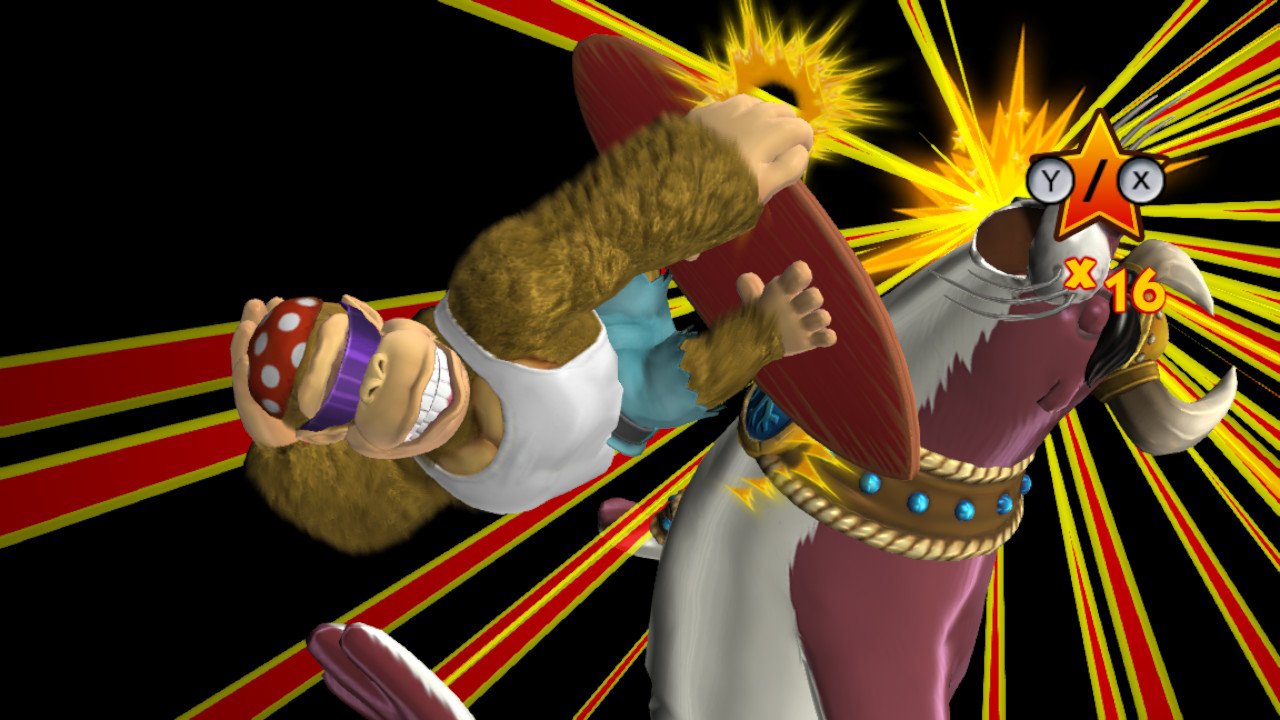 The bosses in Tropical Freeze are well designed but overstay their welcome. When you die in a boss stage, you are forced to face the entire boss again, making them feel repetitive and too lengthy. It’s a shame that the masterfully crafted bosses are dragged down by this. I think a similar approach to Rayman Legends may be more appropriate, where each new phase acts as a checkpoint. Despite these criticisms, I still had fun with them.

The Switch version of Tropical Freeze introduces a new ‘Funky Mode’. In Funky Mode, players are given additional hit points and the ability to play as Funky Kong. Funky Kong has the ability to double jump and glide, and he is also impervious to spikes, thanks to his surfboard. Funky Mode provides a much more relaxed experience, but it’s not too interesting after beating the main game. It allows the player to skip over many platforming sections, which can make the game much less engaging. That said, less platforming adept players could have a lot more fun with this mode. 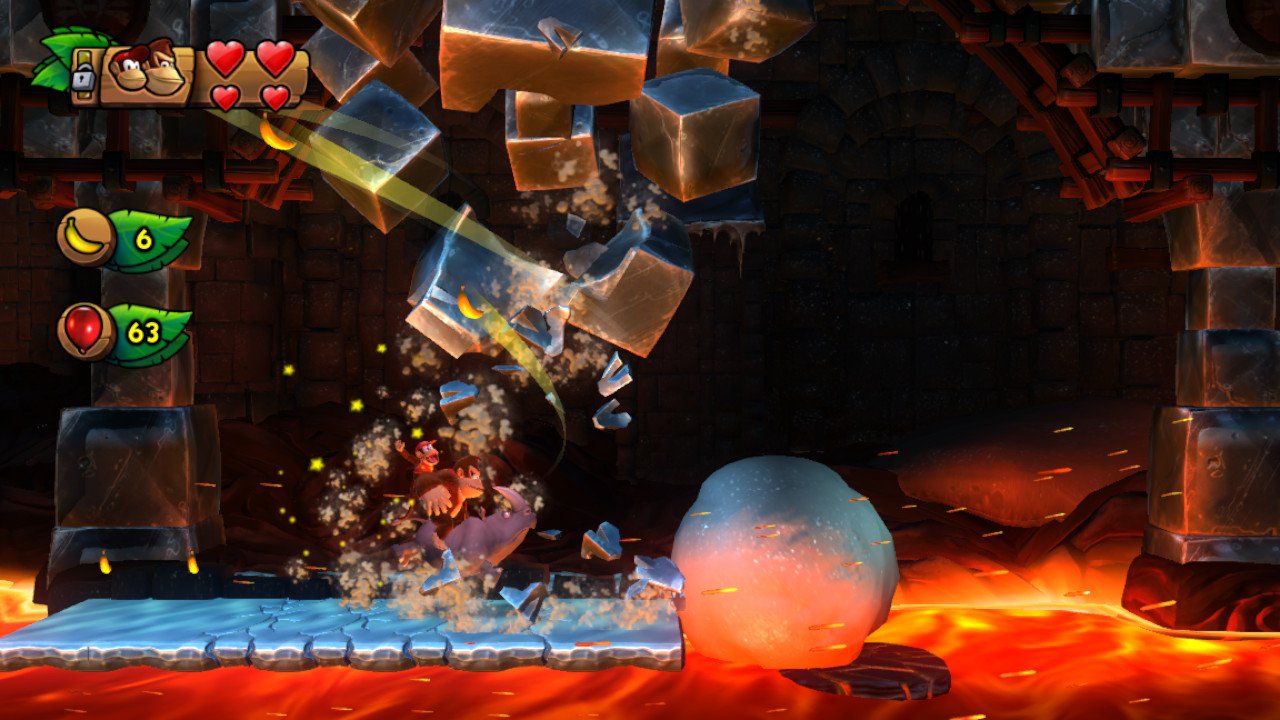