Twitch has pretty much single-handedly been responsible for making video game streaming “a thing” since bursting onto the scene in 2011. Once the domain of live gaming and eSports competitions, Twitch has expanded in recent years to include artwork, music, and talk shows among its channel offerings. More viewers than ever are logging onto the service and consuming live streams, thanks to this diversification in content.

But with so many great channels and amazing videos, where do you even begin? That’s a great question. To help answer, here are the top streamers on Twitch you need to follow right now.

Canadian Michael Grzesiek, popularly known as Shroud, is a former professional CS:GO player and currently one of the most popular Twitch streamers. Shroud has gained enormous popularity with his accuracy and skills in playing Counter-Strike: Global Offensive, Tom Clancy’s The Division, PlayerUnknown’s Battlegrounds, and, more recently, Fortnite Battle Royale.

Shroud currently has 3,635,605 followers, largely due to his stunning ability to pick up difficult games and master them quickly. His efficiency is pretty much unmatched in the gaming streamiverse, which makes Shroud one of the most entertaining destinations on Twitch. You can catch his channel at twitch.tv/shroud.

Jaryd Lazar (or summit1g, as he’s known to his Twitch followers), is one of the platform’s most popular streaming gamers. Hailing from Colorado, summit1g has been streaming since 2012 en route to amassing more than three million followers. Before focusing on streaming full time, the famous summit1g was a competitive CS:GO player.

These days, summit1g is retired from competitive gaming, but that doesn’t mean he’s any less passionate about sharing his craft with the Twitch world. As the top Twitch gaming streamer for the first quarter of 2018, he averages more than 20,000 viewers per broadcast. Check out summit1g’s skills in games like GTA V, PlayerUnknown’s Battlegrounds, and Fortnite on his channel: twitch.tv/summit1g.

Raking in hundreds of thousands of followers weekly, Riot Games is an immensely popular Twitch gaming channel. The channel recently reached a milestone as the first Twitch channel to rack up one billion views. Fittingly, this lofty distinction occurred during the League of Legends Summer Split on June 24, 2018.

Home to the North America League of Legends Championship Series and other non-LCS gaming tournaments, Riot Games is a celebrated eSports organizer and an American video game company. The channel has gained a tremendous following with League of Legends fans across the world. You can view the Riot Games channel at twitch.tv/riotgames.

Actively streaming since 2011, Tyler Blevins, aka Ninja, has reached Twitch superstardom with his channel’s popularity. He even counts A-list celebs among his legion of followers—Drake being one of them (just to name-drop).

Hailing from Illinois, Ninja first gained prominence playing Halo. He is extremely passionate about everything he does, and while some may call him cringey because of his antics and his hair, which has been dyed multiple times, Ninja is admired by his massive collection of followers thanks to his exuberant personality. He is definitely not a one-hit wonder, having scraped and clawed his way to the top of the Twitch pile. The hard work is obviously paying off. Ninja recently announced a big-time partnership with Red Bull eSports and reportedly earns north of $500,000 a month. Find Ninja at twitch.tv/Ninja.

Your typical video gamers aren’t the only ones filling out the top ranks of Twitch streamers. Consider Lex ‘LexVeldhuis’ Veldhuis, the most popular poker streamer in the world. Veldhuis was already a fan favorite poker pro prior to Twitch, perhaps best known for an electrifying streak of bluffs at the 2009 WSOP Main Event.

The transition to live streaming was by all appearances an easy move for Veldhuis. His charisma and engaging style of poker play have made him a proven hit on Twitch, to the tune of more than 9 million views. Living in Holland, Veldhuis maintains a streaming schedule friendly to European viewers, as he typically begins broadcasting around noon CET. Stream Lex’s channel at twitch.tv/lexveldhuis. 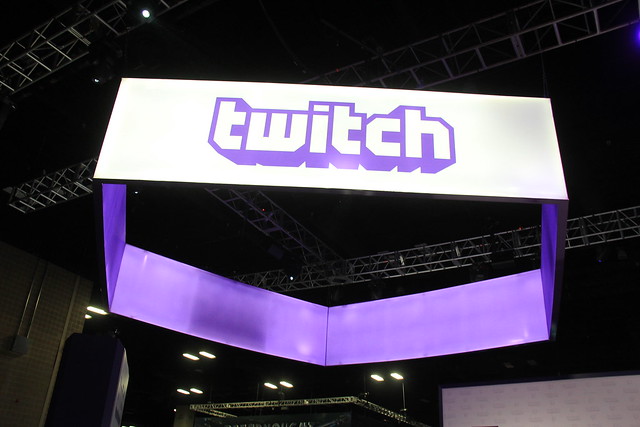