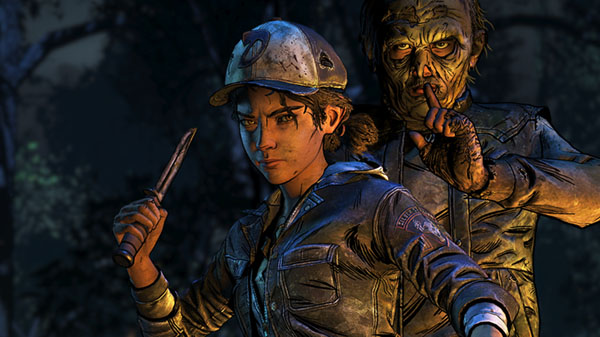 On this episode of Video Games 2 the MAX, Sean Garmer and Marc Morrison begin by discussing the terrible news concerning Telltale Games laying off over 275 people without severance pay or any warning. The class-action lawsuit filed by an employee in its wake. The reasons behind the studio closing and how it may be time for game development to bring unions into the mix. They also discuss the Capcom Vancouver studio closing. Plus, they also cover the Total War Rome II stupid controversy in this as well.

After that, they talk Microsoft announcing their fanfest in Mexico. Bringing mouse and keyboard support to the Xbox family, and what they’ve been playing with Marc talking Marvel’s Spider-Man. While Sean talks about the DLC expansion to one of his favorite games from 2017 in Xenoblade Chronicles 2: Torna: The Golden Country.

Continuing on, they talk the announcements from the Nintendo Direct. What they are most excited about, some not so favorites, and Final Fantasy coming to the Nintendo Switch, and if it means they are buying some of these games again on another console. Plus, what happened to Final Fantasy VIII?

As always, they talk the games coming out this week too like Valkyria Chronicles 4, Life is Strange 2, and more.

A podcast where Sean Garmer and Marc Morrison get together to talk about everything involving Video Games. Every week, we discuss what we are playing, games we are reviewing, the gaming news of the week, and just have some fun talking about some random things like Doctor Who, movies, TV shows, anime, and more. You can listen to the podcast right here, or on I-Tunes, Stitcher, Spotify, Tune-In Radio, on Youtube (Via W2M Network Channel), and more. You can also follow each of the guys individually on twitter @W2MSean, @humanityplague, or the entire network @W2MNetwork