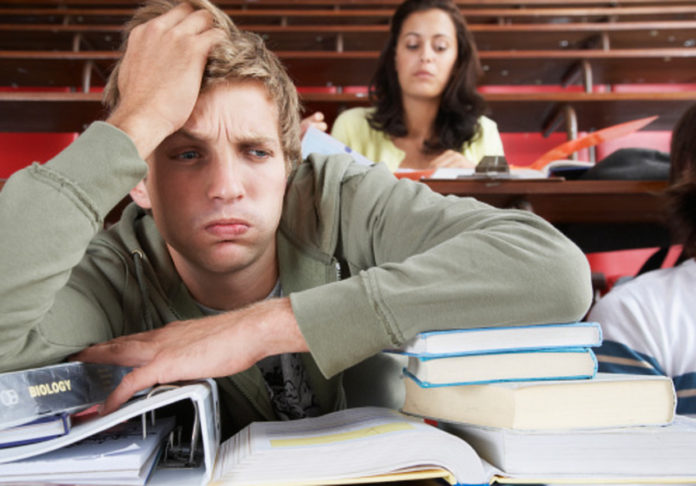 Our everyday life has stress in it. We are rushing either through traffic, to work or picking something up — if you have kids, thing get crazier. Corporate America loves stress. Moreover, the average American prides itself on being able to work and not taking any vacations for an extended period. Most of us like that rush, that feeling of the last-minute pitch, our heart pumping rapidly and sweating to the next piece of work. Most of the time, mild stress is good; it’s one of the reasons the United States has high productivity, but, on other occasions, stress can go overboard and threaten our lives.

Take the example of a 2014 article on The Huffington Post by Amy Alabaster, who, while relatively young, felt the effects of over-stress on her life:

“I blinked my eyes open one evening in late June 2012, and immediately realized that I was lying on a bench outside of a restaurant in the West Village where I had just finished dinner with friends. My last memory was paying the bill and heading outside to hail a taxi, because I suddenly hadn’t felt well and desperately wanted to get home.

My next realization was that the police and fire department were there. I couldn’t move my body, so my eyes darted frantically back and forth to take stock of the situation and my surroundings. A cloth napkin from the restaurant was placed in my mouth to absorb the blood that covered my face, neck, and chest. My friend Tommy was holding my hand and saying, “It’s OK, honey,” while my friend Michael was speaking to a police officer nearby. When the ambulance arrived several minutes later, I had already deduced that several teeth were missing. I had to hold fingers up when the police asked for my husband’s phone number because I couldn’t move my mouth to speak. My blood pressure was so low that the EMTs had to wait until I was stable enough to physically move me on a stretcher. I was a healthy, happy, 31-year-old woman and had no idea how this had happened to me.”

Later, when Amy would finally change doctors and get to the bottom of her situation, a sudden realization came to her:

“Instead of starting with the usual tests, this doctor sat down and simply asked me to explain why I was there. He listed carefully and patiently while I gave him the whole story that began one night in the West Village. He paused and thought a bit before finally asking, ‘You’ve talked a lot about specific events, but I still don’t have a sense of your lifestyle. Would you say that you deal with a lot of stress?’”

Amy at that time didn’t realize it, but the stress was undeniably killing her. She was affected by the shrinking economy in 2008, and many responsibilities came down to her. While stress in a healthy place lets you get over many obstacles, an overdose of stress can put you on the fringe between life and death. As Amy explains:

“I checked emails and my blackberry regularly. I even dreamed about work, sometimes confusing what was real and what had manifested in my slumber. The last vacation I had taken was stressful because I was so uncomfortable with what could be happening without my oversight and control.”

Early in her 30s and suffering from an episode that almost destroyed every tooth in her mouth, stress took a toll on her life. How did this happen? How can someone so young suffer from such an episode? Was it her brain? Her body? Was it a divine intervention for Amy finally change to a healthy lifestyle?

As Neil R. Carlson explains, cortisol, also known as glucocorticoid, is a steroid secreted by the adrenal cortex. On normal levels, cortisol helps break down proteins and convert it to glucose, but on abnormal levels, more and more studies show that cortisol is damaging our brain and body. At the start of the millennium, a study by Valeria Mondelli showed that higher cortisol levels are associated with smaller left hippocampal volume. As we have written before, the hippocampus, a sea-horse like structure in the limbic system, is related to memory and learning. A reduced volume was believed to affect learning and short-term memory. Moreover, it was a sign that the patient could have dementia.

A recent study in the journal Neurology is confirming such early studies and theories about the stress of cortisol. In the results, a group of scientists that included Justin B. Echouffo-Tcheugui explained that “higher cortisol (highest tertile vs middle tertile) was associated with worse memory and visual perception, as well as lower total cerebral brain and occipital and frontal lobar gray matter volumes.” The study followed participants in their 40s and showed that those with the highest cortisol levels showed brain changes.

These results are not the only alarming details of the effect of cortisol in the brain. Back in 2016, a study showed that cortisol levels could predict the pathology and changes in the brain related to Alzheimer’s Disease. That’s not the only devastating effect, as Sudha Seshadri told Karen Weintraub on Scientific American:

“Cortisol does not distinguish between physical and mental stress, so some of the people with high levels might have had physical illnesses such as diabetes that drove up their cortisol levels… It is also possible levels of the hormone might spike in people’s blood if they are already undergoing brain changes—that is, the elevated cortisol could be the result of the changes rather than their cause.”

It explains why Amy in her story fainted while leaving the restaurant. The high levels of cortisol in her body caused abnormal blood pressures and irregular levels of glucose.

The world is still moving with or without us. We need the usual rush, but it’s evident that excessive levels of stress lead to abnormal levels of cortisol, which lead to the detriment of the brain, mind, and body. What we can do is exercise, sleep at least 8 hours and have time for ourselves. Amy stated later in her article that she changed jobs and spent time disconnecting herself from technology and spending quality time in her vacations. In a recent response to the Neurology study, David Jiménez-Pavón added that scientists in this field should consider cardiorespiratory fitness since it influenced the cortisol and cognitive and structural brain measures. Back in our review of Eric Kandel‘s book, The Disordered Mind, we reported on how the bone hormone, osteocalcin, increased during exercise, could improve people’s memory and capacity of learning. Its likely that future studies will narrow more of our solutions on the effects of cortisol and stress.