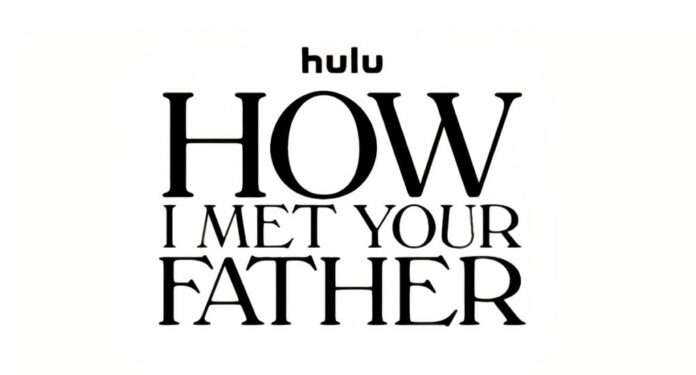 We are here to review the two-episode premiere and mostly give our impressions of the series from its cast to some of the surrounding plotlines. We will not, however, dive too deep into both episodes story-wise as we’ll leave it up for you to decide whether the series is for you or not.

Issuing a SPOILER ALERT as early as now. Nothing too major, mainly just for the character’s personalities as well as the callbacks found in the series. With all that out of the way, let’s get into it.

The plot of How I Met Your Father is, of course, reminiscent of How I Met Your Mother. It features Hilary Duff’s character, Sophie a photographer in New York who’s a wide-eyed hopeless romantic hoping to find “The One” and have her “last first date ever”. Naturally, the series has been updated to fit modern sensibilities, with the involvement of dating apps like Tinder.

Much like its predecessor, the narrator of the series is an older version of Sophie in 2050 telling the story of how she met her son’s father, played by Kim Cattrall of Sex and the City fame. They are joined by a whole host of characters that we’ll get into in a bit.

Aside from our protagonist Sophie, there’s Valentina, an assistant stylist that’s not only roommates with Sophie but is also her best friend. Charlie, Valentina’s British boyfriend who she met at London Fashion Week. Charlie is a trust-fund kid who fell in love with Valentina and decided to move to New York. Due to his parents disapproving of their relationship, Charlie had his inheritance cut just to be with Valentina.

There are also these two guys that Sophie met when booking an uber ride. Jesse, an uber driver, and viral internet star that Sophie just happens to book for a ride. Sid, Jesse’s best friend and owner of Pemberton’s bar. Sid hitched a ride with Jesse and that’s how they met Sophie.

Finally, there’s Ellen, Jesse’s adopted sister who moved from Utah to start a new life after her divorce from her ex-wife.

Now, with all that out of the way let’s get to the nitty-gritty. Right off the bat, the whole “six friends in New York” plot is pretty played out as a sitcom idea. Especially, when a particular sitcom is a spin-off or reboot of a once-beloved, long-running series.

However, the cast is so charming that it keeps you interested. Sure, the jokes have been done before but the actors and actresses delivering those lines are spot-on. It’s fair to say that How I Met Your Father is nothing new or mind-blowing. But, it does encapsulate the vibe of its predecessor, that old and new fans will enjoy.

Speaking of the cast, I genuinely found them very likable and funny. The creators of the show didn’t just do a “copy and paste job” as far as the characters’ personalities go. Valentina is a bubbly New Yorker unafraid to speak her mind. Charlie, who some might expect to be a prissy millionaire, is honestly very charming and tries genuinely hard for Valentina.

Jesse, who’s clearly smitten with Sophie, is the guy who got his heartbroken and is swearing off the concept of ever being in love again. At least, for now. Sid the bar owner and overall fun guy of the group. Lastly, Ellen, possibly the womanizer of the group trying to start anew and rediscover her independence after her marriage ended.

This sitcom has legs. The cast is good, even though the plot is something many of us have seen before. The jokes hit when they should and with the series streaming on Hulu, it gets away with a lot more racy comedy. Which can favor the series if done right.

With any reboot or spinoff, there is bound to be fan service and callbacks to the original series. The first and biggest is the apartment. Sid lives in “Apartment 4” and stated that he bought the apartment from this “old married couple”, who are Wesleyan alumni, and even threw in a couple of swords to sweeten the deal.

Sid is referring to Marshall and Lily. As for the swords, fans will fondly remember that Ted and Marshall owned a couple of swords they hung on the apartment’s wall when they first moved to New York.

Another callback to How I Met Your Mother is Sid’s proposal to his girlfriend, and now fiancée Hannah. At Pemberton’s, Hannah spilled Champagne all over Sid as she got a call. This scene harkens back to Marshall’s proposal to Lily in the Pilot, when Marshall opened a bottle of Champagne and the cork hit Lily’s eye.

Last but not least, their hate for the city of New Jersey. This is a minor one but is still funny if you’re a long-time fan of the series. Valentina felt suffocated due to him and Charlie spending so much time together. So, she sent him to New Jersey to buy “the city’s best bagels”. This was followed up by Valentina giving Charlie bagels from a popular New York bakery and Charlie remarking that Jersey bagels are “little sh-t circles”

As previously stated, this sitcom has legs. If you go into this series with an open mind, you will find it genuinely funny. We even found ourselves watching both the pilot and second episode “FOMO” twice just to assess if we actually found it funny and we did. However, due to its source material, it will always be compared and fans will expect more from it.

Its name-sake being closely associated with its source material has set some high expectations the series might never meet and could be the very thing that prevents it from being its own thing. With that being said, they can learn a lot from the mistakes of How I Met Your Mother and possibly carve out their niche as time passes by.

How I Met Your Father has a chance to do something different and it must in order to stay afloat. Merely having a solid cast and good source material will not save them from endless comparisons. We gave it a 7/10 for both episodes. It’s solid enough, again, nothing mind-blowing but we had a good time watching it.

We will just have to find out more, as new episodes are released every week, if How I Met Your Father is worthy of a spot in our weekly television viewings.