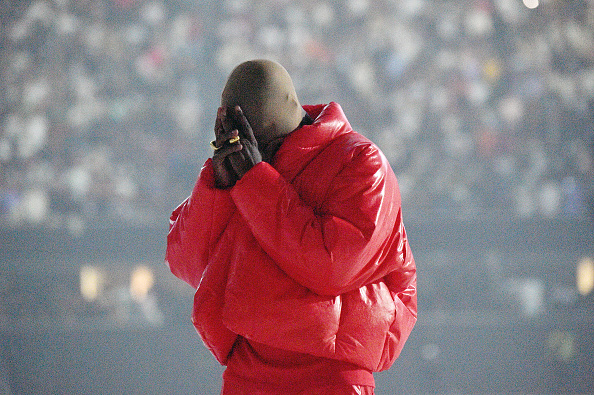 Belief is the power that fuels your purpose – a narrated quote from director Coodie Simmons that describes this part of Kanye’s journey compellingly. A Kanye trilogy Act II starts with a young Kanye freestyling on a home video – and you see the self-belief was there from a young age.

Whether you’re a Kanye West fan or not is irrelevant when watching this documentary. Co-directors Coodie and Chike Ozah continue to do a great job in giving the audience an insight into the complex creative genius that is Kanye West.

Act II jumps straight into an unfiltered and compelling account of his recovery following the infamous car crash in October 2002 where he nearly lost his life and suffered a broken jaw in three places.

This second act captures how hard it was for him to impress everyone following his accident and prove that he was the real deal. During this latest episode, Coodie narrates the frustration felt by Kanye in trying to record his debut album. We see the vast amount of self-publishing he had to do – by making beats to fund his mixtape ventures – and taking brief opportunities to impress industry greats such as Pharrell Williams and Jay-Z.

Kanye’s meeting with Pharrell is arguably one of the best parts of Act II. Kanye makes him listen to Through the Wire – and kudos to Coodie Simmons for documenting this meeting. Pharrell is completely blown away by the song. Capturing this encounter on film shows how determined he was to create a legacy for himself.

The window into “Kanye”

Kanye did not shy away from having to do a lot of self-promoting and self-funding before Roca-Fella saw the vision and purpose of Kanye West, the rapper. His resoluteness to succeed and his self-belief is engaging – and it shows a side to Kanye that many would not have seen before.

During this act, we see further evidence how despite West gaining plaudits from his peers, he was still struggling – to convince Damon Dash and Roca-Fella that he could be a superstar rapper. Ludacris and P Diddy also appear in Act II. These cameos and how Kanye carries himself around these individuals show greatness was his for the taking.

West and his friendship with narrator/director Coodie Simmons seemingly encounters problems when he leaves Coodie behind for a tour – leaving Simmons and Chike to reconnect with their dreams and aspirations away from the eventful life of Kanye West. Could we see this story arc being explored further during Act III?

His relationship with his mother is explored further in Act II. There is a humility she instilled in him. We see this throughout this episode when he wants validation from his peers more than anything material. The joy he feels from peer approval far outweighs any excitement he gets from any material purchase. We see evidence of this during this act.

Donda and the pride she has for Kanye is present throughout this second act. We see her adorable reactions to his performances – and her wish for everyone on Team Kanye to have a great year. Donda wants the best for Kanye, and throughout Act II, we see a lot of his work is done – with the ambition of making his mum proud.

The second chapter documents the struggle Kanye went through. We see the pain he went through – from the crash to his desire to gain industry and peer approval for his rapping ability. Act II is the perfect partner to the first, successfully showing the progression of Kanye and his career alongside his changing relationships with friends, colleagues and peers.

From a home video showing a young Kanye rapping – to the release of his debut album – and everything in between shows, Kanye and his journey to the pinnacle of music has been an eventful one. Following the crash, they told him he couldn’t rap again. But he knew it was his destiny, and he wrote his own comeback story – Through the Wire.

Act III carries a lot of expectations. Kanye’s life in the last decade has been a rollercoaster. Broken relationships, mental health struggles, and entering the fashion world. Can the third installment successfully weave together this compelling journey of a rap icon?

If you’re a fan of Kanye West, check out our review of Act I: Vision.