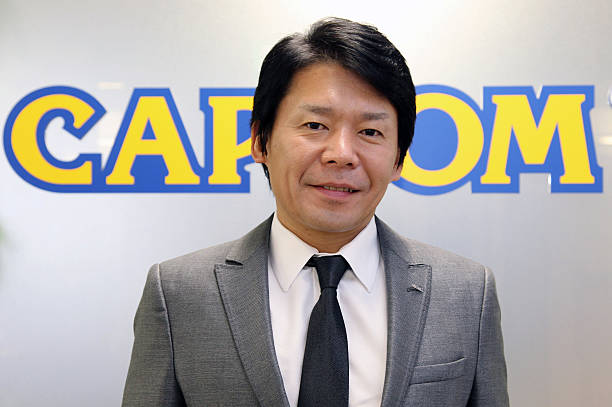 Correcting stigma in sporting leagues is one of the most intriguing aspects of evolving a sport. Sometimes evolving a sport is not revolving the door to dramatically address the issue, but to simply distract fans by creating chaos elsewhere. Three points and dramatic offense in the NBA is an immense power to distract from sleepwalking defense. Yet, what happens when a sport attempts to distract fans and misses the mark? The result is Capcom’s Street Fighter V; a game represented at EVO that should have purely been about competition, but was fundamentally about Capcom’s development decisions. Street Fighter is a legendary series in the fighting game community, a game that many competitors began playing in the arcades. Yet, the game is laden with mixed updates, balancing issues, and attempted distractions by Capcom that have resulted in a vocal fanbase demanding for recompense. EVO 2017 showcased the true direction of Street Fighter V, exposing the best and worst parts of a game predestined to evolve esports.

The Onus of Being Mainstream

One fact must be established that either side of the conversation must deal with. Street Fighter V is the main fighting game in the esports community with regards to drawing in a new audience. Regardless of what different gaming community’s view as the best fighting game (Smash Bros, Tekken 7, etc.), Capcom has garnished the leverage of a legendary series to become the main negotiating points for main distributors looking to host esports fighting games.

First, Capcom has legacy working in their favor. Since the inception of fighting game communities, Street Fighter has been at the heart of competition. Many players started playing Street Fighter II on an arcade before moving onto other games as technology updated. Even for those not familiar with modern games, anyone who grew up around arcades recognizes the name Street Fighter.

Second, Capcom has an easy to watch and understand game on their hands. Street Fighter has original characters, original moves, and a straight-forward fighting style. Yet, the beauty is found within the intricate strategies that competitive players can find. Capcom negates outside influence with their character set, and invites new players in to casually enjoy the game by selecting characters that appease certain psychological factors.

Third, based on the two factors above, Capcom has drawn in a large and passionate player base for the Street Fighter series. Thus, at EVO 2016 and 2017, Street Fighter V was represented on ESPN as the mainstay game. While only two years, ESPN, EVO, and Capcom now have set the precedent game.

Street Fighter is an easy to watch back and forth fight represented by the health bar and flashy move sets that establish momentum clearly. Simple stage sets make the game’s flow and techniques easy to study and watch. Unlike Tekken or Super Smash Bros, in which the stage dynamics and combination blows can lead to a confusing kerfuffle, the passerby viewer on ESPN can appreciate the flashy move sets.

Keep in mind that for esports and the fighting community to truly grow to become mainstream, the new audience must be appeased. Hence, the traditional esports players must be willing to let go of some traditional complains.

The above factors play into the television and stream data from EVO 2016 and 2017. When ESPN chose to display EVO 2017 as an esports competition, they could not make the decision lightly. This is the same ESPN that recently was forced to lay off several hundred employees. EVO organizers put their prime-time foot forward in 2016 by displaying Street Fighter V, and the level of competition got an invite back for 2017.

Comparatively, this is a moderate downtick from the 2016 views which saw 201,000 viewers on ESPN 2 and 213,927 Twitch viewers. Do keep in mind these are simply estimates and may not be wholly representative. ESPN 2 on a Sunday night in the middle of the ‘dead sports season’ that is summer is not bound to get that many views.

Comparing these numbers to traditional sports is futile, however. So how is this compared to past years? Take for instance that in 2015 the Ultra Street Fighter IV numbers, hosted solely on Twitch, peaked at 228,776 viewers. Thus, with the combination of ESPN viewers, Street Fighter now has double the viewers.

The only analysis that remains is how ESPN will respond next year. EVO is guaranteed to negotiate their way into a bigger spotlight, but with the focus of the article on Street Fighter V, did the game generate enough positive hype to maintain itself as the main stream fighting game

While EVO 2017 was focused primarily on the amazing competition going down, part of the focus was on companies making announcements for upcoming fighting games and updates to current games. Recall that Street Fighter V recently went through a massive overhaul in March. Capcom took the opportunity to announce another update, and new character, that was released this July 26th.

That new character, Abigail, was not introduced without controversy. First, fans of the Street Fighter series began calling out Capcom’s unimaginative character design. As a big grunt, Abigail presented fans a character without unique characterization to buy into.

Second, his immense size is out of proportion to many of the other characters in the game. Thus, those who study frame data began to worry about how his hit box (the portion of the character that takes damage when programmed) would receive or deal damage.

However, the problem did not lie intrinsically in Abigail. The backlash may not have been as bad had Capcom handled earlier updates for a SteamOS port appropriately. This Steam thread was started by Capcom on February 14, 2016 – just before the release of the game. The promised update has yet to be released, and the Steam OS port is released, but incomplete.

Further, the console PS4 release was ridden with glitches and hit box errors, forcing the competitive community to morph traditional fighting game styles. While the casual fan may have missed the earlier errors in the game, the stigma around the launch of the game still haunts Capcom.

One year later, Street Fighter V has gone through numerous patches and updates. Although there is no word from Capcom on updating the SteamOS version, they have committed to working on problems in the console version for now. The constant updates are both good and bad. For competitive players, it forces them to constantly rebalance their style and reanalyze data – hence, why reestablishing a meta was a main narrative at EVO this year.

On the positive side, as a viewer, it creates a game with an interesting development arch and constant storylines. Yet, constant storylines and a lack of consistency will eventually lose fans – thus, the reaction and emphasis from many fans for Capcom to create a stable game before adding in new characters.

End of the Road

The culmination of Street Fighter V is at a crossing road for both Capcom and the fighting game community. Capcom, while being accused of dollar-centric practices, has shown there is a level of commitment to the esports scene by providing $50,000 to the prize pool distributed over multiple placements.

Complaining about glitches and patchwork is acceptable. However, the dichotomy that is Street Fighter V was brought on to make the series and esports genre accessible to a wider audience. The slower based games and straight-forward combinations are exactly what Capcom needed to bring.

Blaming Capcom for creating a game that promote inclusivity to a new audience goes counter to both the business and functionality aspects of their game. Although they missed their goal of 2 million sales in the first fiscal year by 400,000 sales, the game has bounced from its original selling point that dismally tanked even to the Street Fighter IV numbers.

Selling 1.6 million copies as of March 31, 2017, Capcom is an impressive jump from selling half of what Street Fighter IV did. Further, Street Fighter V is intrinsically designed by Capcom to become an esports game. The game is a central tenant to their esports venue, and in that vein, it has succeeded.

Despite the plethora of hate and dismissal of Street Fighter V, the focal point of that controversy may be coming from a vocal minority. EVO 2017 represented ratings data that showed it was accomplishing its goal of becoming an esports main stay. The fighting game community is growing due to the revolutionizing Capcom has done to the game.

While the game may be pandering to a new crowd, and issues still need to be resolved, Street Fighter V is in a healthy position to make the jump to new heights as esports continues to evolve.

Updates: Edited in correct terminology thanks to feedback.