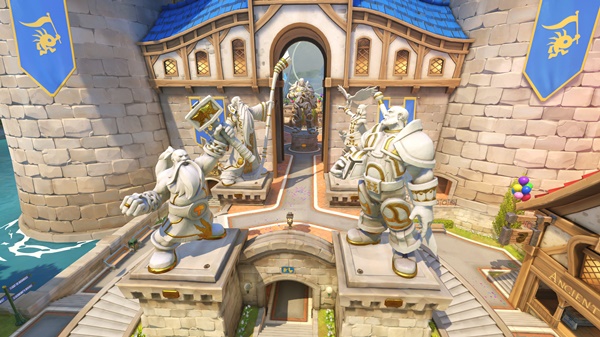 Maintaining insistent debate and interest is one part to driving franchise success in today’s media market. Naturally, Blizzard has managed to keep the interest turning in circles on the Overwatch League. One of the more controversial point around the league was the impending destruction of pre-established amateur leagues, a la Contenders, the Premier Series, or Overwatch APEX. Blizzard had asserted their power and brand name to use the Overwatch League as the definitive destination for competitive Overwatch players. Juxtaposed to other esports leagues, this left the plethora of other leagues who were not officially organized, rather merely supported by Blizzard, with no answer to their viability. Teams were shutting down and the amateur scene was worrisome.

Finally, Blizzard announced their plan to incorporate pre-structured competitions and create a minor league system for competitive Overwatch in the Overwatch Path to Pro system. The system is not only an answer to one of the major concerns for the Overwatch League, but a profound addition to the domination and league model.

Overwatch Path to Pro – Paving the Way for Domination

Overview of the Path to Pro System

The Path to Pro System is fundamentally a minor league system, a la the minor league system for the MLB or Gatorade League for the NBA. However, there are some nuances to be addressed later which make this transition more equivalent to the hypothetical NFL overtaking college football. Even with that dynamic, institutional change, having Blizzard assume direct control over a minor league system is inherently good for players wishing to make it to the big time.

In the last year, Overwatch had established different regional competitions, representing a scattered, but fun competition for esports teams across a plethora of continents. The Contenders and Open Division were the synthesis of the competition. Now that the Overwatch League overshadows those structures, their amplitude was left in question. Fortunately, the Path to Pro system allows those leagues not to be euthanized, rather expanded to offer more opportunity under the umbrella of Blizzard.

In March 2018, Contenders will swallow APEX, Premier Series, and the Pacific Championship to become Contenders Korea, Contenders China, and Contenders Pacific respectively. Further, talent in Australia and South will get their own Contenders programs, while North America and Europe programs will maintain their current operations. A system of Overwatch League Scouts will provide more structure across the continents, and allow each player to show case their talent in region for ‘big-league’ teams. However, it ought to be noted these regional leagues are not region-locked, implying different players can play where they see fit.

The Contenders League will utilize team structure, which allows amateur esports franchises to format their own teams in lieu of not being in the official Overwatch League. Fortunately, the Open Division will be consumed as well, providing opportunity for players who are not signed to a minor league esports squad.

Blizzard absorbing the Open Division provides an intrinsic structure for those who succeed to move onward and upward. Upon winning in January, the top four teams will be invited into the Overwatch Contenders program for a 2018 February competition. The February tournament will feature a prize pool and a spot for the Contenders League in the respective region.

In summation, the Open Division is the entry point, which leads to competition in the Contenders League, a definitive minor league system to be scouted. The best of the Contenders will be signed to the Overwatch League, in other terms, the big league.

The Overwatch League structure in totality offers a sweeping change from other competitive esports operations. The youth of esports is part and parcel to the lack of strong institutional organization across the landscape. Even in the fighting game community, leagues are organized by those most passionate and supported by companies such as Nintendo, Capcom, etcetera. Outside of those leagues, there is no official way to move up the chain other than winning at an event such as EVO and being in the right place and right time. Thus, different competitive platforms will fight and squabble which one is the definitive in the respective esport.

Blizzard taking control of the structure would be most similar to the NFL overtaking college football. (Disregard the complication of college football being structured on student athletes and focus on the structure for the sake of this example.) The NCAA has provided a pattern to move up to the NFL, but is entirely separate from the NFL. At any time, the NFL could structure their own minor league system and have no qualms about the NCAA. The same could be said about APEX or the Premier Series; they provided a definitive platform for players to get noticed, yet were separate from Blizzard.

Blizzard taking control of pre-structured league has monopolized the Overwatch esports scene. This move further epitomizes the success the Overwatch League needs to have. The need to absorb minor leagues was a necessary evil; they would dwindle and die in the shadow of an official Blizzard league. However, with independent leagues now being part of Blizzard’s structure, if the Overwatch League panders and dies, then their entire hope for long-term success with Overwatch being a legitimate esports game dies.

The decisions of the NFL being imposed on the NCAA setting would bear great onus and monopolization of American football on one organization. The two, fortunately, are separate and gain have two different rating results. Football can die at the professional level, but succeed at the amateur level while still thriving as a sport.

With Overwatch, their marketing now drips down to the success of the minor league, with every decision bearing on onus on popularity and ratings for the entire system as one.

The league structure implications are one consider for the macro perspective. However, what about the individual players inside of esports? There is an oft forgotten nuance inside of esports structures, and that is the viability of mobility, success, and pay-out for players.

Recall, players inside of the Overwatch League do have a guaranteed signing structure in which their actual pay-out is dictated. There is not a known plan to reimburse or structure different benefits for minor league players other than hope of progression. That, however, is no different from other leagues; MLB minor league players or Arena league football players have commonly sacrificed sleep, free-time, and luxury to work overtime to achieve their dreams.

Nay, the bigger question is the platform the Overwatch League will provide for individuals. There is a dichotomy between the viability the incoming players will have as “super-stars” or merely players swallowed into the bigger system.

Each player has distinct personality and viability to impress with their play and leadership. Yet, unlike other sports, Overwatch is truly a team sport – there is no one definitive position for a point guard or quarterback to demand superstardom. Even baseball fails to offer a good comparison with every single player batting at a single moment.

Overwatch as an esports program is going to be playing a pivotal role in structuring who esports players become. The attention on the league is warranted, but the long-term success will be on how intriguing singular, team oriented marketing becomes. The league at wide can have resounding success in their own market, but never have legitimacy as a main stream platform if individual players are not tuned to superstardom.

Consider the Olympic Games. Once every four-year, every country will combine teams of the best of athletes. Certain performers in ice-skating, snowboarding, or track may garnish special attention and rise to stardom. Yet, those players then derive their own success and still pale when compared to the level main stream sports stars rise. Usain Bolt or Michael Phelps, for example, only rose to their own level due to world-record breaking speed.

Overwatch faces an even harder problem with the lack of national amplitude or world-record setting connections to a historic event. Esports rising to Olympic level power may be a pipe dream, but esports rising to a national spotlight is not. However, to arrive at that level, the Path to Pro System has put the onus on teams and players to market themselves.

In synthesis, to be interesting on a national level, a league needs individual players to be super stars with a brimming personality. To have a brimming super star, leagues need to offer super star positions; Overwatch does not provide a ‘quarterback’ position. Further, the Path to Pro System has swallowed players into one path that is reliant not on themselves, but on scouts and teams. That responsibility to rise to national recognition is now on each team to market their players as main stream super stars.

The Overwatch Path to Pro System offers success for a league structure in its infancy, but for long-term success, teams will need to sell super stardom on their own level with bold marketing. 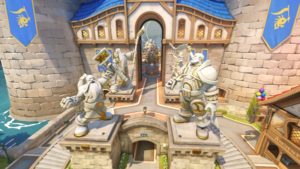