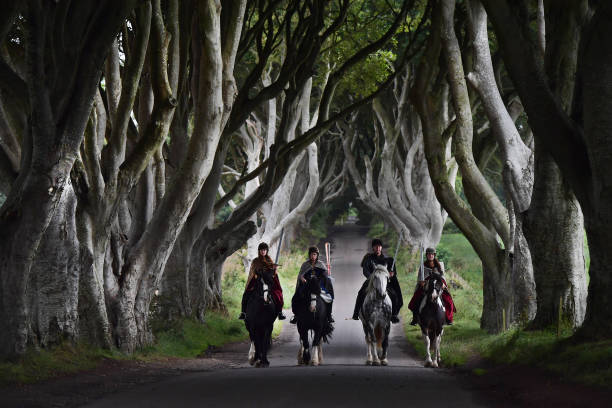 HBO has confirmed that its worldwide mega-hit, Game of Thrones, will not return for its eighth and final season until 2019. A year without any new Game of Thrones episodes is a terrifying prospect, but it’s even more terrifying to contemplate the sheer number of listicles that will be flooding the internet in 2018 telling you what to do in the meantime. To spare you that deluge, we’ve compiled the ultimate list of activities to engage in while you endure the Great Game of Thrones Drought of 2018—and even left off the obvious entries like “rewatch the series” and “read the books, you illiterate beast.” It’s the only Game of Thrones listicle you’re going to need in 2018, so sit back, settle in, and study the words below if you want to survive to see who wins the Iron Throne next year.

Waiting for Game of Thrones

HBO is depriving you of something you love this year, so deprive them of something they love: peace and quiet. We here at Last Word on Sports would never condone the formation of a mob, but a loosely-organized protest march with rhyming chants and poster board signs? We can get behind that. And, sure, HBO hasn’t done anything morally wrong by pushing back the Season Eight premiere date to 2019, but they have to realize that the show’s legions of fans will need to do something to replace the time that would usually be devoted to new episodes of Game of Thrones—and protests are a great American tradition. So Sharpie your poster boards and find words that rhyme with Targaryen and Tyrion; we’ll meet you at the picket line.

(Author’s Note: If you don’t think this sounds like a good time, you clearly missed the recent protest at Warner Bros. demanding the release of Zack Snyder’s cut of Justice League, a critical and commercial flop Andrew Semaan recently explored for Last Word on Sports.)

Skills were woefully underrated by the general public in 2017, and 2018 isn’t looking to be any better. You’re going to have, give or take, 10 extra hours of life this year that you don’t have to spend keeping up with political intrigue in Westeros—learn how to paint a cradle or something.

There’s no way the hacksaw industry is booming right now, so go to your local Home Depot, take some time to stand in awe of all of the gadgets you have no clue how to use, and then take a hacksaw home. Cutting wood is presumably not that hard, so find some sticks and get to work. You don’t have to do anything productive with the wood when you’re done with it—the act of using a tool to separate it has made you a better person than you were before—so just toss it into a small fire and celebrate personal growth.

Have a Good Cry

There’s really no shame in a good, Game of Thrones-related cry. Who among us did not weep during the Red Wedding? Or when Shireen Baratheon was sacrificed at the altar of her father’s ambitions? And as okay as it is to cry during the show, it’s just as okay to cry in its absence. The world is strange, and we all deserve a reprieve from it now and again—and a new wave of the best reprieve of all has been yanked off the table for 2018.

Find yourself a glass of wine, a soft blanket, and a couch. When you have those ingredients assume the fetal position and let all the emotions you’re feeling out. Don’t be ashamed—there’s real pain in having to wait until 2019 to see what it’s like when Jon finds out he ended Season Seven by making love to his aunt; let that pain wash through you via your salty, sad tears. We can’t judge you because we’ll be doing it too.

LARP Your Own Ending

This one may seem daunting at first, but a solid LARP (live-action role-playing) session may be just what you need to make it through this year. Take some discarded paper towel tubes, some PVC pipe, and some duct tape and make something that looks more like a diseased six-foot-long marshmallow than a sword, then get your friends together and hit them with it. If you do this while speaking in British accents, you’re basically LARPing. If you do it while pretending you’re characters from Game of Thrones you can create your own ending that’ll probably be more personally emotionally satisfying than whatever George R.R. Martin, David Benioff, and D.B. Weiss have cooked up for us all.

If you want to take it even further (and shoot your shot at Internet fame or, at the very least, a featured appearance on Tosh.0), you can pull a Brigsby Bear, iron out a script, and put your ending to film. It’ll look cheap, sound terrible, and draw quality comparisons to those training videos you have to watch that warn you about the dangers of working off the clock when you start a job at Walmart, but it’ll be yours and you’ll get to feel the dopamine rush that comes with watching a video you posted to YouTube reach a view count in the low-to-mid 600s.

There you have it—the best ways to spend your time as you begin the long wait between now and the next season of Game of Thrones. If there’s anything you feel like the list missed, please sound off in the comments below; it’s the perfect opportunity to make yourself look cool online and provide a public service by giving other people ideas of what to do during this rough time. 2018 may seem dark and full of terrors with no new episodes of Game of Thrones to look forward to, but together we can make it through this long night.