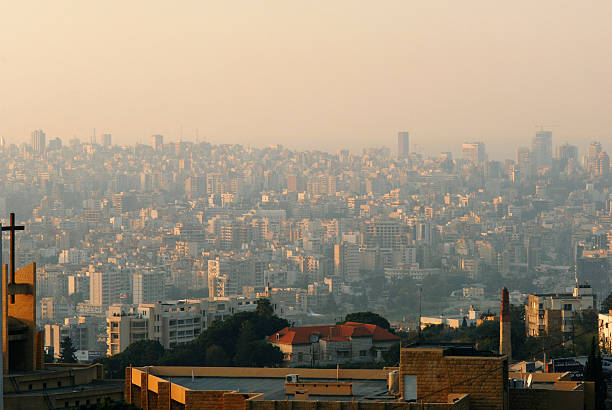 Stereotypes are nothing new in Hollywood. African-Americans, Native Americans, Asians, and countless other ethnic groups have all been victim to it. As race relations improved over the years, the frequency of these stereotypes began to decrease. However, there is still one that hasn’t. There is still one ethnic group that is consistently stereotyped and vilified in cinema to this day. Arabs in cinema.

“Beirut” Trailer Perpetuates the Systematic Vilification of Arabs in Cinema

The negative stereotypes and constant vilification of Arabs has been an ongoing narrative in Hollywood for decades. From 1960’s Exodus, to 1977’s Black Sunday, to 1985’s Back to the Future, to 1992’s Aladdin, to 2000’s Rules of Engagement, that narrative has never changed. It doesn’t matter the genre, the target audience, or the overall quality of the film. No matter what decade you look, all the way back to the 1920s, you will find that Arabs are consistently stereotyped and portrayed in a negative light.

Just how bad is this portrayal? Exodus dedicates an entire film to demonizing Palestinians and even goes as far as to equate them to Nazis. In the film, there are numerous scenes of barbaric Palestinians viciously killing innocent Israelis. One scene in particular shows an Israeli victim hanged in a village, the Star of David carved on his body.  In the village, a swastika and the word “Jude” are written on the walls. Just in case that wasn’t blatant enough, the film threw in a plot line of ex-Nazis working with the Palestinians just for good measure.

Aladdin is another film that, while fantastic in its own right, carries its fair share of controversy. The protagonists, Aladdin and Jasmine, are very much anglicized while some of the more villainous characters, such as the merchant that threatens to cut Jasmine’s hand off for taking an apple and giving it a homeless boy, have a darker skin tone, are bearded, and speak with Arabic accents.

Many of the stereotypes that originated in 1920s cinema are rehashed in this film. It sees the return of a setting that the late Dr. Jack Shaheen refers to as “Arabland”, a “mystical place” where are all of Hollywood’s oldest stereotypes toward the Middle East are allowed to exist. This “Arabland” first appeared in 1921’s The Sheik and has been featured repeatedly in films since. Your arrival there is marked by a foreboding desert, and ominous, foreign-sounding music. Its inhabitants are wealthy, yet treacherous, Arabs dressed in robes and turbans, surrounded by harem girls. Dr. Shaheen points out the consistent trope of the “Ali Baba Kit” that features characters such as belly dancers, snake charmers, and sword-wielding villains.

This “Arabland” is exactly what is described in Aladdin’s ominous opening theme “Arabian Nights” where the first shot is, you guessed it, a foreboding desert. The song originally contained the lyric “where they cut off your ear if they don’t like your face, it’s barbaric but hey it’s home.” The fact that this lyric, found in the opening song of the film of all places, made it past Disney’s censors shows how prevalent, mainstream, and accepted Arab stereotypes were and still are. It was the efforts of Dr. Shaheen and the American-Arab Anti-Discrimination Committee that finally managed to convince Disney to change the lyric. However, the word “barbaric” was still left in.

The last film that absolutely needs to be highlighted is 2000’s Rules of Engagement. This is on par with Exodus as being one of the most anti-Arab films ever produced. The American-Arab Anti-Discrimination Committee described it as, “probably the most racist film ever made against Arabs by Hollywood.” So, what is the reason for this negative reputation?

Rules of Engagement is a film that spends its entire run time attempting to justify the mass murder of nearly 100 Yemeni men, women, and children. It’s a film that demonizes an entire race and doesn’t even attempt to mask that fact by including one, obligatory, sophisticated and moral Arab. Not to mention the fact the script was originally set in an unnamed country in Latin America but producers relocated it to Yemen, a specific country in the Middle East, sending the message that they are much more comfortable portraying the fictional mass murder of one ethnic group over another. This is just another example of how widespread and accepted this rhetoric towards Arabs is in Hollywood.

The films listed above are just a minute sample of a myriad of films that are guilty of stereotyping and demonizing Arabs and Arab culture. With all these negative depictions, Hollywood has dangerously painted its own negative portrait of an entire race of people. In the book, Reel Bad Arabs: How Hollywood Vilifies a People”, Dr. Jack Shaheen states, “What is an Arab? In countless films, Hollywood alleges the answer: Arabs are brute murderers, sleazy rapists, religious fanatics, oil-rich dimwits, and abusers of women.” As a result, after nearly a century of this image consistently being portrayed on film, it has sadly become the image that many Americans have of Middle-Easterners today.

Recently, a trailer was released online for a film titled Beirut. It features Jon Hamm and Rosamund Pike in starring roles. The story takes place in Beirut during the Lebanese Civil War and the general synopsis is that Jon Hamm plays a former U.S. diplomat who returns to Beirut to save a colleague from the group responsible for the death of his family. The trailer alone is ripe with familiar stereotypes and characterizations.

The trailer starts off with a wide shot of a city, dimmed and fogged to make it look ominous. The text “Beirut, 1982” is found at the bottom of the screen. This shot is paired with familiar foreboding sounds warning of impending danger. What follows is a shot of little brown kids running down the street with toy guns shooting at Americans. Music that can only be described as what Hollywood thinks Arabic music sounds like. Hollywood’s version of Arabic names that you wouldn’t even be able to find if you searched the biggest directory in Lebanon. All of this wrapped into a narrative that recycles the long standing dichotomy of white savior versus brown savage.

The film’s trailer also makes it clear that it will completely disregard the history of the Lebanese Civil War. It glorifies the role that the Americans and Israelis played while completely disregarding and disrespecting the Lebanese in the process. To make matters worse, this film isn’t shot in Beirut, or anywhere in Lebanon for that matter. It’s shot in Morocco, which looks nothing like Beirut. It also features zero Lebanese actors, and whatever Lebanese characters the Moroccan actors play seem to be vilified. To top it all off, as seemingly a deliberate slap in the face to Lebanese people everywhere, it is being released on April 13, the anniversary of the start of the Lebanese Civil War.

The trailer closes with Jon Hamm’s character stating, “Two thousand years of revenge, vendetta, murder…welcome to Beirut.” The fact that this phrase made it into the trailer shows that Hollywood still has not evolved, since 1921, in its mindset towards the Middle East. It’s an unbelievably disrespectful and offensive way to sum up the incredibly rich history of a beautiful city.

In reality, Beirut has long been one of the most progressive cities in the Middle East and a model for religious diversity. Take a stroll today in the heart of the city and, among the beautiful shopping districts and delicious eateries along the Mediterranean, you will find a church and a mosque standing right next to each other. A symbol of solidarity right in the center of the city. Without even having released the feature film yet, Beirut has already disrespected Lebanese people, culture, and history. It has reduced the anniversary of the Lebanese Civil War to a simple marketing ploy. It has shamelessly perpetuated the vilification of Arabs in Hollywood.

Despite all the negative depictions and tired stereotypes, there are still films that emerge that manage to paint a positive stroke on an otherwise bleak canvas. Take David O’Russell’s Three Kings. This is a film set during the Gulf War that actually takes the time to show the complexity of the Iraqi people. It humanizes them and, instead of having a rift between the American soldiers and the Iraqi people, it decides to portray a mutual respect for both sides. Another example is Ridley Scott’s Kingdom of Heaven. Despite it being about the Crusades, Ridley Scott manages to not completely dehumanize the Arabic crusaders. In fact, one powerful scene in particular shows Saladin, having just taken over Jerusalem, walking into a church and seeing a crucifix on the ground. In a powerful gesture of respect, he gently picks it and stands it back up on the altar. Instead of sending out the message that all Muslims hate Christians, Scott instead chose to send a message of solidarity. Instead of inciting feelings of fear or anger, he promoted a feeling of mutual respect.

As alternative viewing to Beirut, consider watching Ziad Doueiri’s West Beirut. This is a Lebanese film that serves as a much more accurate depiction of Beirut during the Civil War. It features characters that are charming, humorous, and complex in an emotional and thought-provoking story. Doueiri, whose latest film, The Insult, just became the first Lebanese film to be nominated for Best Foreign Language Film at the Academy Awards, is a brilliant filmmaker who excels at crafting complex characters and presenting themes from the Lebanese sociopolitical climate in a manner that all audiences can grasp.

Another foreign film that must be mentioned is Hany Abu-Assad’s Paradise Now. This Palestinian film took home the Golden Globe for Best Foreign Language Film in 2006 and was nominated for an Academy Award for the same category. It portrays Palestinians in a complex and decidedly human light and it carries a powerful anti-war message that takes aim at the endless cycle of killing on both sides.

In that time, Hollywood has allowed the stereotypes of countless other ethnic groups to come and go, including Native Americans and African Americans. However, one has stood the test of time and that is the Arab stereotype. The vilification and stereotyping of Arabs has taken a few different forms but has continued to persist. It is time that Hollywood stopped putting out images meant to divide and start producing characterizations that serve as a basis for understanding and unity. Maybe they should take notes from that church and that mosque that are standing side by side in the heart of Beirut.