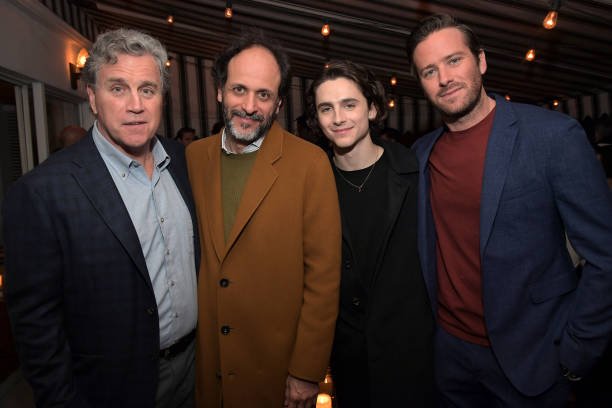 The Oscars are tonight, and everyone will be tuned in to see who takes home the gold after a surprisingly strong and satisfying year in film. The Hollywood team at Last Word on Sports has already made their picks, but not every movie or performer has received the attention they deserve from the Academy. So before Jimmy Kimmel opens the show with what is sure to be a tidal wave of jokes about last year’s Best Picture mix-up, take a moment and pour one out for some of the best movies and performances that didn’t get the love they were due this year.

The Nominees Who Never Were: 2018 Oscars Snubs

This beautiful indie film about families living in poverty in Florida has gotten a lot of attention (and its only Oscar nomination) for Willem Dafoe’s work as Bobby Hicks, the manager of the motel where the movie takes place. There was even a time before everyone jumped on the Sam Rockwell hype train when Dafoe was favored to win this year’s Best Supporting Actor race. But while Dafoe deserves the accolades he’s received, not nearly enough attention has been paid to how wonderful the rest of the movie is. From a story standpoint, The Florida Project is noteworthy because it looks with compassion on a facet of American life most films tend to ignore. Beyond that, though, the film is also accomplished on the technical side of things; the cinematography is gorgeous, the actors—even, and especially, the children—deliver, and it stays with you long after the movie’s stunningly-filmed final sequence, which is more than anyone can say for the Best Picture-nominated The Post.

Best Director – Luca Guadagnino, Call Me By Your Name

This 1980s coming-of-age love story is an emotional powerhouse. The performances Luca Guadagnino was able to capture from the entire cast, the blending of music and setting and story—it all comes together perfectly. No movie from last year will move you in quite the way Call Me By Your Name will, thanks in large part to Guadagnino’s work on the film. The direction here isn’t as flashy as Christopher Nolan’s is in Dunkirk, but there’s a subtlety and charm to what he’s accomplished that rivals anything put forth by his contemporaries last year.

Best Actor – Andy Serkis, War for the Planet of the Apes

That’s right, Andy Serkis—whom you’ve probably most recently seen playing arms dealer Ulysses Klaue in Black Panther—should be on the ballot this year. His portrayal of Caesar in War for the Planet of the Apes was one of 2017’s absolute best performances, but the industry still hasn’t come to terms with the fact that motion capture, much like makeup and prosthetics (looking at you, Gary Oldman in Darkest Hour), doesn’t render an actor’s work irrelevant, but can instead allow them to push their performance to new heights. The Academy was kind enough to throw Serkis a bone and allow him to announce this year’s nominations with Tiffany Haddish, but they should have shown the revolutionary performer the courtesy of putting him up for Best Actor instead.

Two of the year’s biggest snubs came in the Best Supporting Actor category. Michael Stuhlbarg and Armie Hammer turned in the finest work of their respective careers in Call Me By Your Name, but both were denied a nomination—mostly so Christopher Plummer (All the Money in the World) and Woody Harrelson (Three Billboards Outside Ebbing, Missouri) could get some love, even though neither has a realistic shot at winning the award tonight. If you haven’t seen Call Me By Your Name yet, you should stop reading my hot takes and watch it now. You’ll marvel at how charming, seductive, and winsome Hammer is and how much Stuhlbarg is able to do with such a relatively small role. The latter has a monologue near the end of the movie that will move you to tears; it’s the kind of performance that reminds you why this award exists in the first place, even if the Academy was blind to its merits.

While Aaron Sorkin (Moneyball, The Social Network)’s directorial debut isn’t a perfect movie, one component of it that’s firing on all cylinders from the word go is Jessica Chastain’s Molly Bloom. Chastain is very good at (and has made a name for herself for) playing successful characters who like to be the smartest person in the room; her work in Molly’s Game feels, in many ways, like the culmination of this arc of her career.

She’s a joy to watch as she corrals the various self-destructive men who roll through her poker games throughout the movie, and even when Sorkin’s direction or the script don’t quite measure up to the work she’s putting in she makes the most of it, elevating the movie through sheer willpower.

Holly Hunter was, for months, expected to get a nod for her work as a stern-but-compassionate mother in last year’s standout rom-com, The Big Sick. Up until the eleventh hour it seemed like she was destined to be on the ballot, but the Academy instead chose to honor Lesley Manville (Phantom Thread). And while no one can fault them for that (there’s a strong argument to be made that Manville should win this year, and I’m happy to make it outside the confines of this article), it would have been nice to see a movie with performances as unexpectedly strong as The Big Sick’s were get some love in an acting category.

There are, of course, many other snubs worthy of recognition out there—the performers and movies that should have been nominated but weren’t will vary from person to person, depending on individual tastes and agendas—making these but a small sample of this year’s work in film that (I would argue) should have gotten more attention from the Academy.

At the end of the day, though, the Oscars are mostly just an expression of industry politics. If a film or performer you loved won’t be properly recognized during tonight’s show, there’s something to be said for embracing the snub. It probably means the work can be respected and adored based on its own merits, rather than as a result of a shadowy campaign waged by the film’s distributor to cover it in glory.