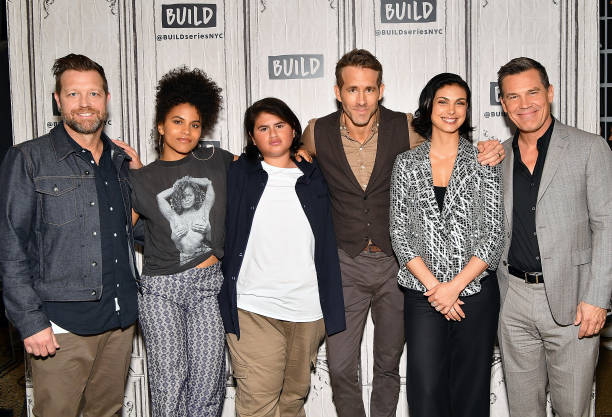 When Deadpool was released in February 2016, it took cinema-goers by storm. It became the highest grossing R-rated film of all time worldwide and second highest domestically. It was a fun breath of fresh air for the superhero genre and showed studios than R-rated superhero films can work. Now the follow up, Deadpool 2, has been released and it has a lofty bar to meet.

Deadpool 2: “R” is for References

Much like it’s predecessor, Deadpool 2 features meta humor, fourth wall breaks, and movie references galore. While some references may have been a little more “inside baseball” than others, it’s no question that the vast majority of the jokes landed. The jokes came fast and furious and never really let up. The story itself is more complex than the fairly straightforward plot of the first film.

Where it didn’t really quite work for me was the relationship between Deadpool/Wade Wilson and Firefist/Russell, the kid Wade is trying to protect. Deadpool’s relationship with Russell is integral to the plot of the film because it must be strong in order to justify the lengths he’ll have to go to in order to protect him. Even with the way the writers tried to justify it, I didn’t quite buy it. Aside from that, it was an engaging story with its fair share of twists and turns and, best of all, it gave audiences a whole lot more Deadpool.

Obviously, it goes without saying that Ryan Reynolds is fantastic as Deadpool/Wade Wilson. He was absolutely born to play this role. We see the return of many of the characters from the first with Colossus and Dopinder getting more to do this time around at the expense of characters like Negasonic Teenage Warhead and Weasel. The most significant new additions to the cast are Cable (Josh Brolin) and Domino (Zazie Beetz). Domino boasts the superpower of luck, the legitimacy of which is the topic of much of the banter between she and Deadpool. Also, regardless of what you think of her superpower, the way the filmmakers chose to introduce it was nothing short of brilliant.

Cable, on the other hand, is an addition that has been teased and highly anticipated ever since the post-credits scene from the first Deadpool. While a total badass on screen, the character still left something to be desired. With a two hour run time, it’s tough to expect the filmmakers to fully realize Cable on screen and incorporate all of his abilities, which include telekinesis and telepathy. Hopefully future installments will focus on the relationship between Cable and Deadpool, while also diving deeper into Cable’s abilities.

David Leitch takes the reigns from Tim Miller for the second film in the Deadpool franchise. Leitch comes from an action heavy background, having directed Atomic Blonde and co-directed both John Wick films. So, at the very least, I was expecting the action scenes in this film to be top notch, and boy did they deliver. The action sequences in this film, especially the opening sequence, were masterfully choreographed and expertly shot. The strength of the action helped elevate Deadpool 2 to a level the first couldn’t quite reach.

Deadpool 2 outdid its predecessor in nearly every respect. The action was better, the jokes were funnier, the references were more bountiful, and there was simply more Deadpool. The one place where this film fell short of the first was in the relationships between some of the characters, mainly Wade and Russell. Aside from that, Deadpool 2 is a riot that warrants repeat viewings just to catch all the one-liners. And make sure you stay for the mid-credits scene. It’s an all-timer.

This article was originally published on Letterboxd. Follow my Letterboxd page at letterboxd.com/fanreport for more movie related content, including past reviews and various top 10 lists. As always, be sure to check back with LWOS.life for more movie articles and reviews coming your way.