Last week, the Nintendo Switch received another Wii U port; Hyrule Warriors: Definitive Edition. This is the second Hyrule Warriors port, following the release of Legends on the 3DS. Is it worth the double dip, or should you give it a skip?

Hyrule Warriors has a beautiful Zelda-esque aesthetic. The gameplay doesn’t feel like a Zelda title, but it’s made up for by the sound, art, and atmosphere. This wonderful aura makes the game feel like a true Zelda title. 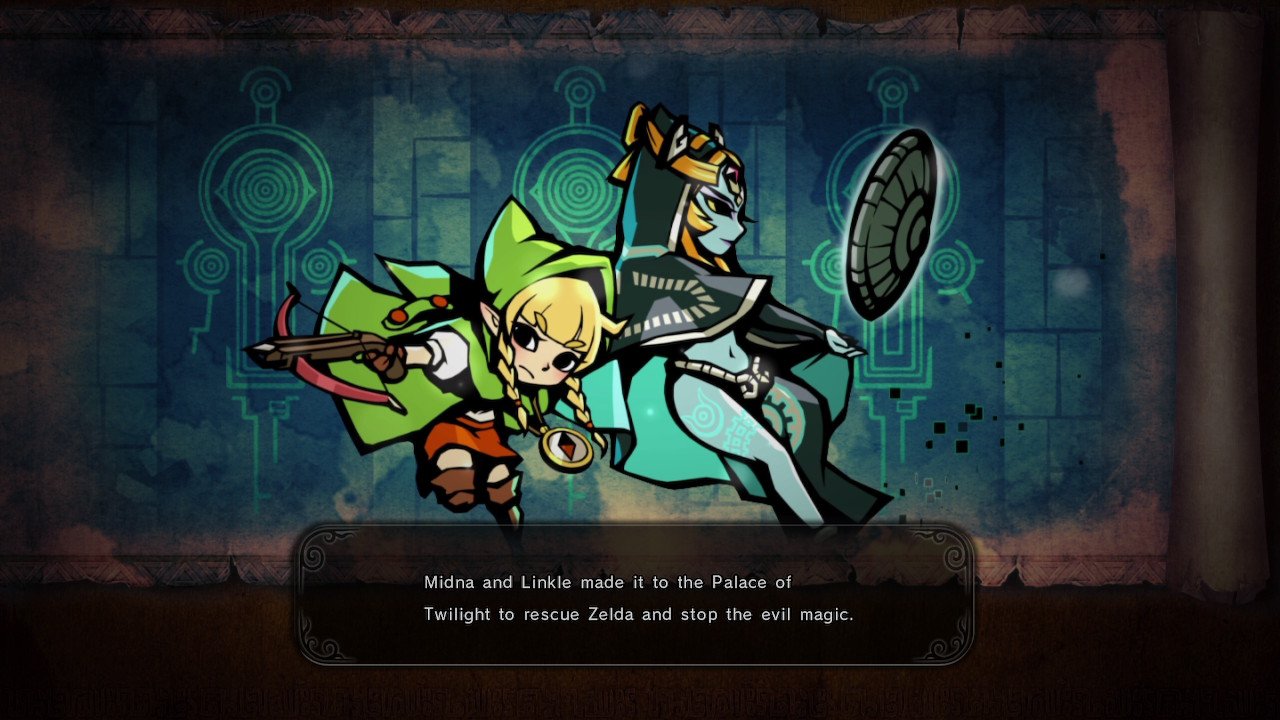 Unfortunately, the story doesn’t have the same magical feel. The game’s plot is entirely fanservice, with every twist in the story serving as an excuse to introduce returning characters. I found myself skipping almost every uninteresting cutscene. The fragmented plot is the Achille’s heel of Hyrule Warriors, but it’s not bad enough to ruin the experience. 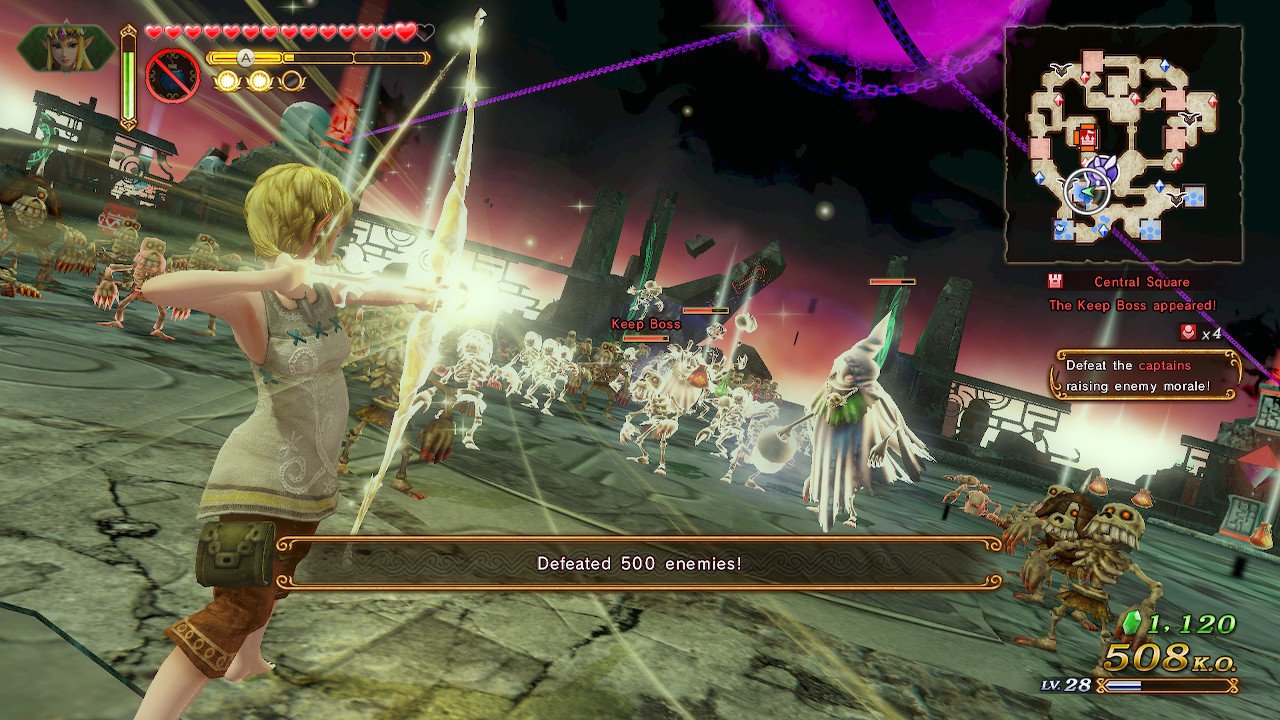 Hyrule Warriors has you running around a large map as beloved Zelda characters. Each character has their own unique twists, but the gameplay generally boils down to hacking and slashing through hordes of enemies. As well as the grunts on the field, there are also commander and boss enemies. The monsters are very diverse in design, but fall flat when it comes to the variety of the gameplay. Avoid their attack and go wild when they’re vulnerable. This is repetitive, but it works.

Each mission in Hyrule Warriors gives you one overarching objective. This is achieved by completing several smaller objectives, such as capturing keeps or defeating enemies. Keeps and outposts act as spawning grounds for the soldiers on all sides of the battle. Capturing these increases your team’s numbers, giving you a viable force to fight with. Unfortunately, your computer controlled team of characters aren’t competent, so you’re usually forced to take care of keeps yourself. To combat this, the game frequently gives you control of multiple playable characters. This is imperative for efficiently keeping the battlefield in check. You can also command your playable characters to make their way to a location on the map, so that downtime between fights is minimized.

Hyrule Warriors is surprisingly flexible in how you complete your objectives. You can choose to focus on spawning more of your own units, or to let the enemies swarm you. There are optional side missions to make the battle easier or to unlock treasure. Over the course of the game, you develop a play-style that suits you.

The first mode the game presents to you is ‘Legends Mode’, where you progress through the increasingly boring story. Each mission has you playing on different battlefields as different characters to complete it. Sometimes these let you choose from a range of characters to play as, but it can also force you to play as a single character. This can introduce variety to your gameplay, but can also feel restrictive. The campaign has the content from the 3DS game, providing you with a longer experience than was available on the Wii U. 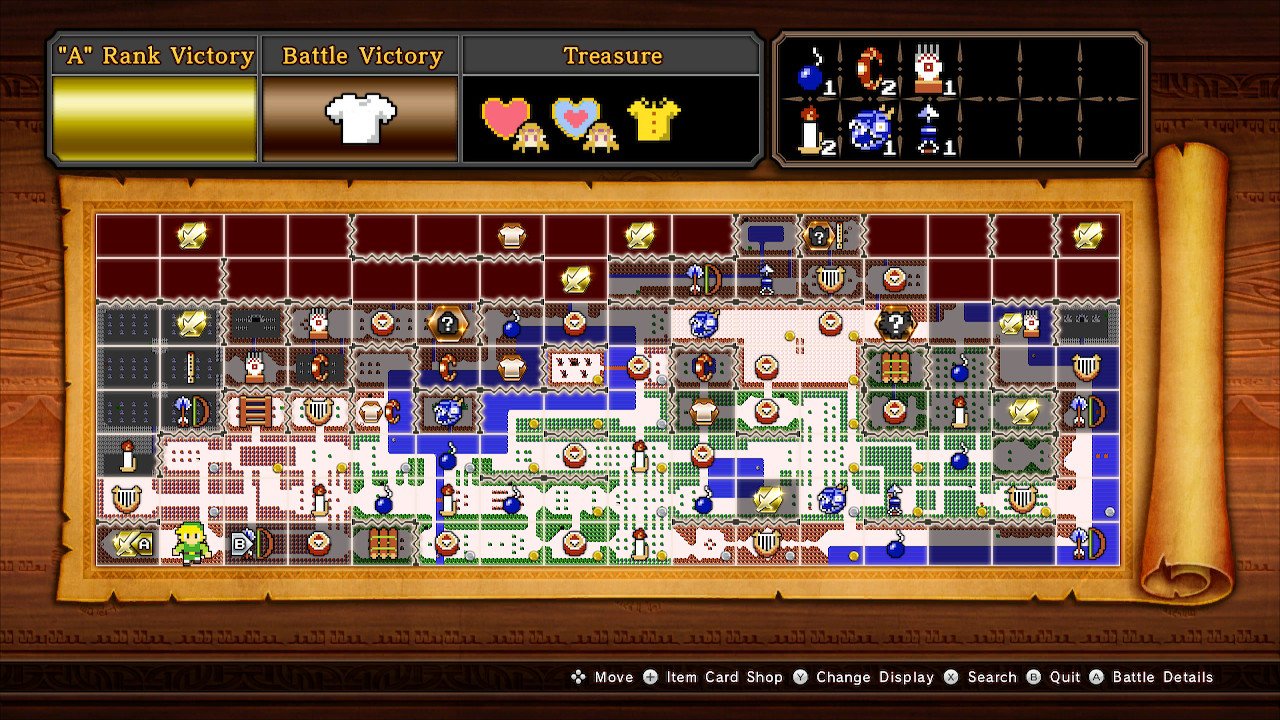 Fortunately, the game also comes with an ‘Adventure Mode.’ In Adventure Mode, you can explore a range of maps based on previous Zelda games. This is where the game gets really exciting, with graded missions, more unlockable characters, and a colossal range of characters to play as. There’s nothing more freeing than being able to pick your favorite character in most of your missions. These maps also give you a less repetitive space to grind for materials.

I usually skip over the multiplayer elements of the games I review. This time, though, my flatmate was willing to give Hyrule Warriors a try. Missions felt a great deal easier with two competent characters capturing keeps. The combination of two competent players on the field is a force to be reckoned with. There are a few rough edges, but overall, Hyrule Warriors has a pleasant multiplayer experience. 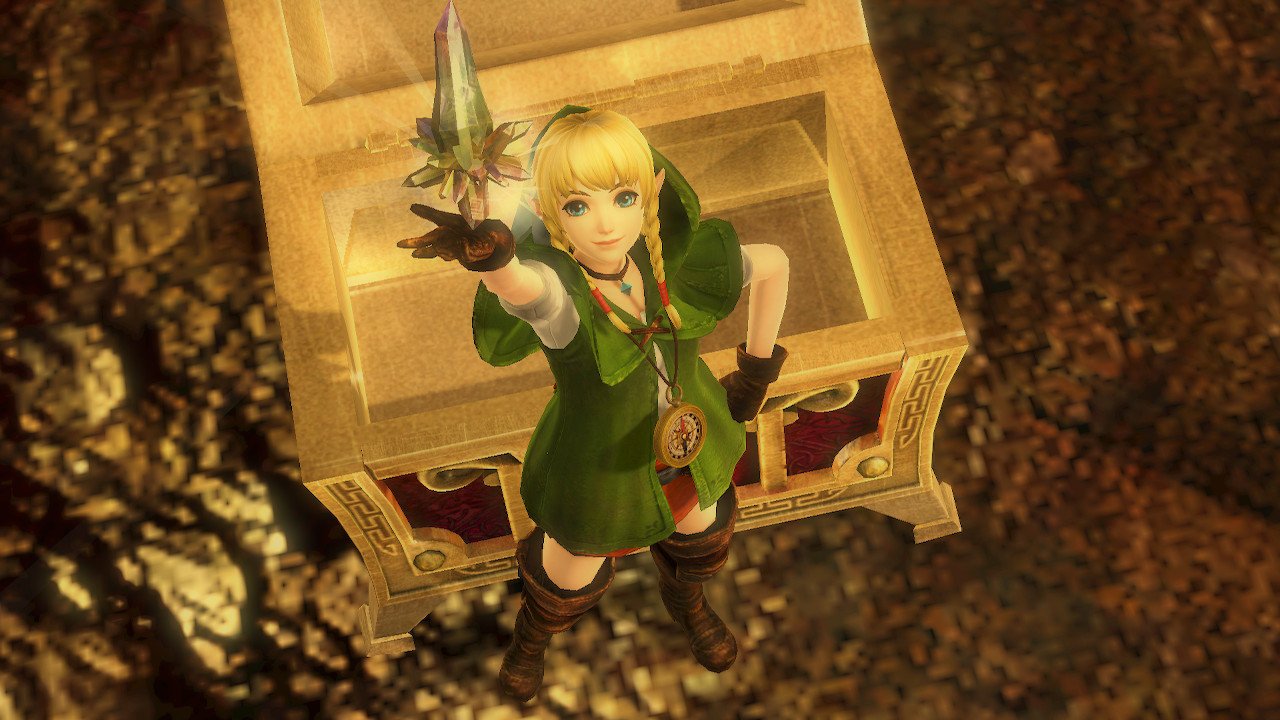 Hyrule Warriors has an impressive character roster. This gives every Zelda fan a character to play as. My personal favourites are Linkle and Link, but there are 27 other characters to pick from. Amongst these characters, there are even costume variations. These range from new textures to distinctive outfits. For example, you can play as ‘Ilya’ from The Legend of Zelda: Twilight Princess using a Princess Zelda costume.

Each character plays uniquely, breaking up the otherwise repetitive gameplay. Using materials dropped by enemies on the battlefield, you can upgrade each character to provide them with more combos, or to provide various other improvements. Rare materials can be hard to come across, but provide crucial abilities for making your favourite character a powerhouse. Something to keep in mind is that all materials on the field are picked up automatically when a mission is completed.

Despite some aliasing, Hyrule Warriors is crystal clear in both docked and portable mode. In docked mode, the target framerate of 60fps isn’t held very well but looks nicer than the 30fps alternative. In handheld mode, the framerate drops more frequently, and the game targets 30fps. This looks poor in comparison to the docked experience, but it’s not a deal-breaker. Despite the superiority of the docked experience, I’ve played Hyrule Warriors a lot more in handheld than on my TV. 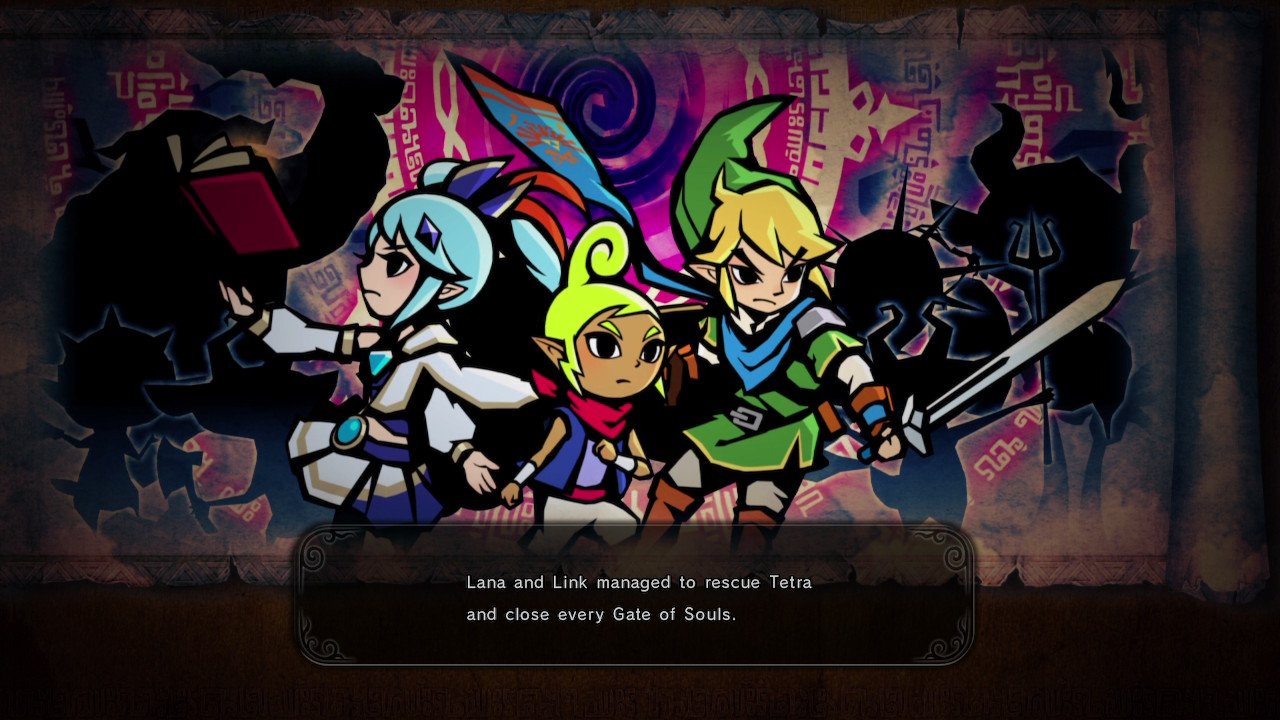 The cutscenes in Hyrule Warriors are a real eyesore. They look passable in the handheld mode, but they’re offensively bad when you’re playing on a big screen. The scenes have not been re-rendered for the Switch version, and so the resolution is far lower than the in-game scenes. The Wind-Waker style scenes were the only cutscenes I didn’t skip, as they had some cute artwork.

The music in Hyrule Warriors is excellent, but it’s repetitive. They start to get catchy not because they’re good, but because they’re playing in every other battle. This is a shame, as the music in the game is perfectly fine, the lack of variety. One track that never gets old, though, is this epic take on the main theme of the series. 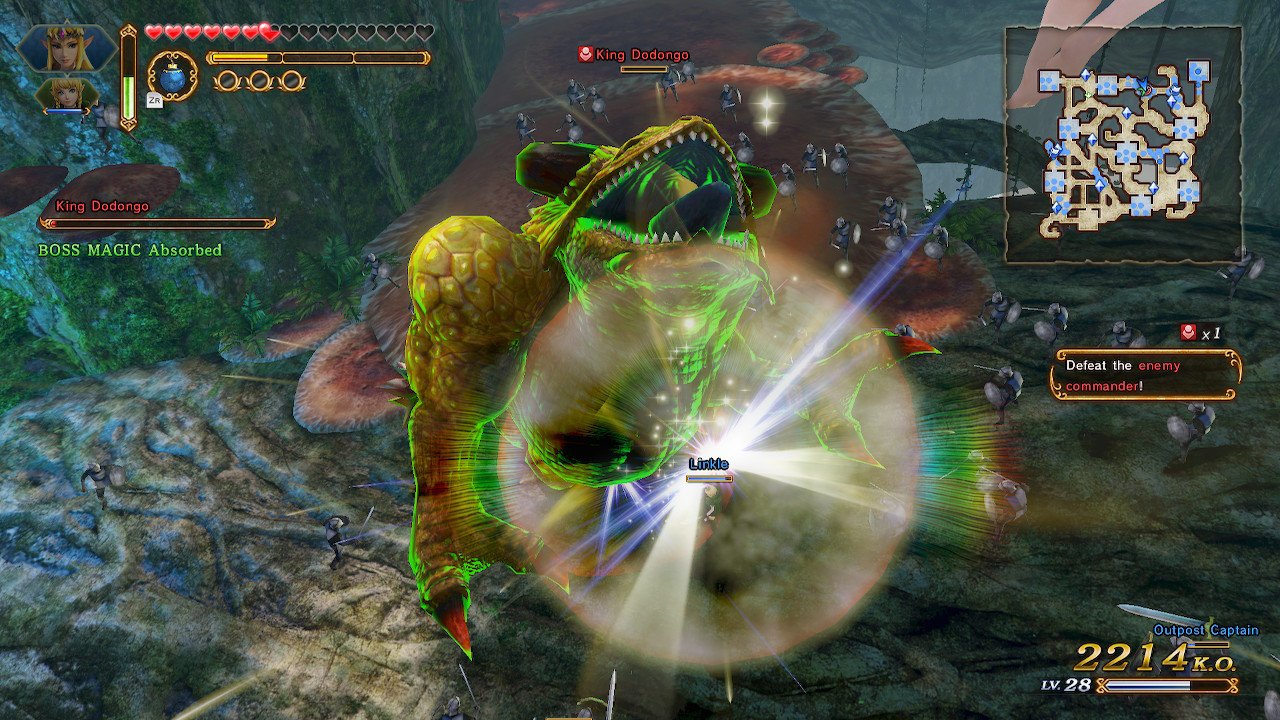 As great as wiping out mobs of enemies is, the fighting is not without flaws. The items in Hyrule Warriors are borrowed from various Zelda games, and, in theory, should integrate well. This isn’t the case, as selecting what item you’d like to use is tedious and unintuitive. Using the D-Pad to select items is clunky, and the Pro Controller’s D-Pad is so bad that I often found myself changing characters when trying to swap items. 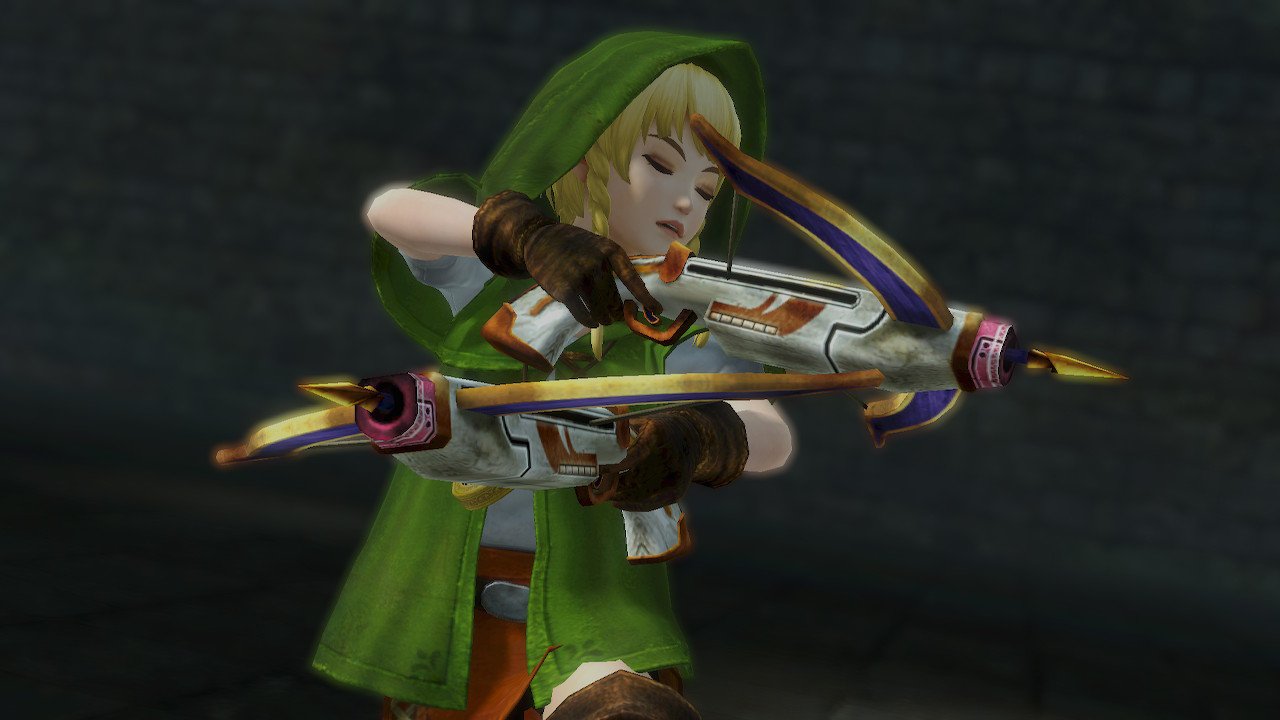 Overall, Hyrule Warriors: Definitive Edition is an excellent title. I had the original on Wii U, so the extra content made it worth the £40 price tag. If you’re happy with the 3DS version, though, it seems that the only upgrade is in resolution, framerate, and multiplayer capability. It earns itself an 8/10.