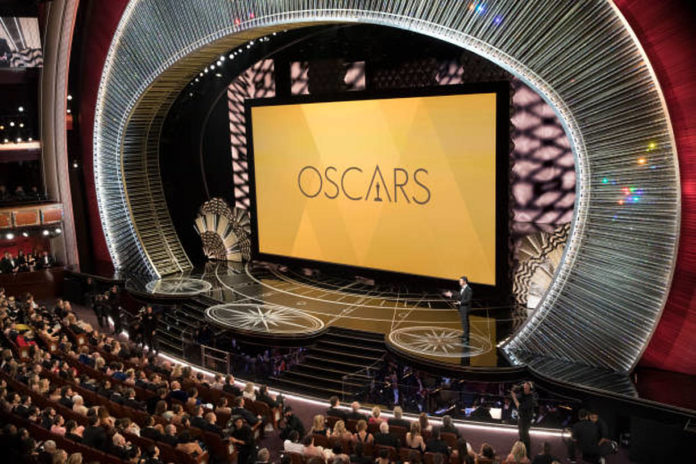 As a filmmaker and film lover, it’s downright impossible to escape the fever of awards season, with the granddaddy of them all being the Academy Awards. Whether or not you favor the distinguished awards ceremony or believe the choices being made in nominations and winners are warranted, there’s no denying its power over conversation in entertainment. The Oscars is something to look forward to every year, even if you don’t want to admit it. And as the Academy of Motion Picture Arts & Sciences reaches nearly a century of handing out its golden boys annually, it still reigns supreme in popularity.

Popularity and the Oscars

And The Mockery Goes To…

Speaking of popularity, did you know that even “popular” films can now be nominated for Oscars? The films you actually went to the theater to see? Can you believe they’re finally getting their own category for their own special recognition?

In a recent announcement by newly re-elected Academy president John Bailey, two major changes are taking place for future ceremonies. The first of these is the creation of a new category, tentatively titled “Outstanding Achievement in Popular Film.” This has sparked a heated discussion, as well as backlash, online. These are the basic questions surrounding the announcement: What constitutes a film being “popular?” How do you measure the success of a film in order for it to be Oscar-worthy? Why is this becoming a reality?

The second ruling being passed centers around shortening the televised broadcast to three hours and only airing the major awards being presented live, as opposed to all categories. Which most likely means the declarations of winners for below-the-line categories like Best Sound, Best Editing, and Best Makeup & Hair will be announced during commercial breaks, then get repurposed and re-aired later. A very similar tactic is employed at the Tony Awards every year. The big awards like Best Actor, Best Director, and Best Picture will still be presented live on ABC.

The “popular category” is a condescension towards filmmaking in general. It’s almost as if the Academy is fully aware that the films nominated every year for Best Picture are not “popular” enough. Well, wasn’t that why they reintroduced nominating up to ten entries back in 2009 when “popular” films like The Dark Knight and WALL-E were majorly snubbed and not considered “Best Picture-worthy”? For more thoughts on this, you can go back to my Dark Knight ten-year anniversary article, but to sum it up briefly: the purpose for this was specifically to allow more inclusion to unlikely competitors for Oscar recognition. It was met with a mostly positive response and since then, there have been a wider selection of films nominated for Best Picture.

This new category, however, does not honor the “Most Popular Film” in the way the Academy thinks it does. This is the equivalent of a participation trophy you’d receive on your baseball team as a nine-year-old. The thought-provoking pieces of high art (The Shape of Water, Moonlight, The King’s Speech) are getting all the prestige and appreciation, but being box office franchise hits (Black Panther, Avengers: Infinity War, Mission: Impossible – Fallout) isn’t enough to earn your place in cinematic history, apparently. So, does the Academy feel that the films nominated for Best Picture are boring? Or at least unpopular to the masses?

Box office hits can still be nominated for and even win Best Picture, like Titanic and The Lord of the Rings: The Return of the King, the latter being a sequel in a major studio franchise. The ten-picture rule has also allowed for more animated films like Up and Toy Story 3 to be nominated, even though there’s a Best Animated Film category already. That doesn’t mean animated films are of a lower caliber than live-action films are. Animation is just its own art form, which is why it has its own category. The documentary genre is also its own art form, which is why Best Documentary exists. Sid Ganis, the former president of the AMPAS, even said documentaries could be considered for Best Picture back in 2009, alongside comedies and animated films.

Being “popular” isn’t its own art form, it’s just an unofficial title used by the public based on how much a film can be talked about. No matter how much the rules change or whatever audiences find themselves gravitating towards every year, the Academy will still favor those Oscar bait-y pictures for the highest of honors. They can’t be too lenient or else something unconventional like Black Panther could actually be considered for Best Picture.

But why can’t something like Black Panther be a serious contender for Best Picture? Not only did it recently become the third film to make over $700 million at the domestic box office, it was a critical darling and considered a landmark cultural event. Within a few months since its release, it has already cemented itself into popular culture. It’ll continue to be remembered and celebrated for years to come. So does that mean it’s not good enough for a Best Picture nomination? Disney and Marvel have also been pushing for an Oscar campaign already, so they might as well keep going.

The Academy may fear the potential backlash if Black Panther ends up ignored at next year’s ceremony, similar to when Wonder Woman was completely snubbed earlier this year. These two films have a lot in common: both are well-known comic book properties with superheroes introduced in ensemble pieces in a shared universe before getting their own solo entries. Both of these films achieved praise, respect, and made millions of dollars worldwide while increasing visibility for diversity in a genre primarily dominated by white men. Both were major cultural shifts and became broader examples of evidence in support of one of my favorite trending terms today: “Representation matters.”

It matters here, too. Yes, the Oscars have always been a popularity contest. If you’re up to date on your Oscar history, you would remember that Spotlight was the 2015 Best Picture winner. While it is a good film and covered an important subject, was 2015 really the year of Spotlight? No. It was the year of Star Wars: The Force Awakens, Inside Out, and Mad Max: Fury Road, the latter two winning Best Animated Film and being nominated for Best Picture, respectively. They were “popular,” but they weren’t entries in their own separate category together either. They all could’ve been, if this “Most Popular” category was created years ago.

Are You Bored Yet?

So where’s the Best Stunts category? That’s a broken record of a question commonly asked throughout film circles, but it’s a necessary question to ask. Why don’t stunt performers and coordinators get enough praise and visibility? Why hasn’t the Academy considered this as a new category instead of “Best Popcorn Film”? Stunt performers and doubles are doing some of the most dangerous work ever on a film set; they risk their lives and get paid less than the actors they’re doubling for in order to create a few seconds of movie magic. And these action-packed blockbusters, the ones that are considered “popular,” would be exactly where they would score their nominations.

The so-called “popular” films tend to resonate most with younger audiences, which is mainly why they stay away from films nominated for the most coveted Oscar category. This has been a determining factor as to why fewer people have been tuning in to watch the live broadcast of the Oscars every year. The box office hits, the CGI-driven pictures, the sequels and tentpoles…these are the films that generally get nominated for the technical awards like Cinematography, Editing, and Visual Effects. And announcing all 24 winners can take a while on live TV.

The annual Oscars telecast have been dwindling in ratings for the last two decades. In 1998, the ceremony set a record high for viewers at 55 million when Titanic took home eleven awards. This year, with The Shape of Water winning Best Picture, the ratings clocked in at an all-time low with 26.5 million viewers watching. Despite this, the popularity of Best Picture nominees shouldn’t be determine how many people are watching at home. Usually, what matters is how entertaining the producers can make the show.

In recent years, there has been a stronger push to attract younger audiences to watch the Academy Awards. Unique choices of hosts like Hugh Jackman in 2009 and Anne Hathaway and James Franco in 2011 were attempts to pull in the young and hip crowd. Bringing back favorites like Ellen DeGeneres and Billy Crystal to host were choices made for their ability to play on Oscars nostalgia. Even stunts like last year’s crashing of a private screening of A Wrinkle In Time were notable attempts to make the show more fun and engaging in the way the Grammys and Tonys can be. Most of these results have ended up losing viewers in a whirlwind of boredom, making the Oscars producers desperate.

Despite the ludicrous changes to the Oscars telecast, how much will the ratings actually change? Will they even get any higher? At the rate the Academy’s going, it could end up hemorrhaging viewers next year on February 24th, the date for the next Oscars ceremony. But just because changes have been made or even because certain films weren’t nominated doesn’t mean the Oscars aren’t for viewing. You wouldn’t skip the Super Bowl just because your team isn’t playing, would you?

As someone who has worked below the line in Hollywood for four years, it is disheartening to see the “lesser” departments of filmmaking continue to receive even less coverage than their more prestigious counterparts. Filmmaking is and has always been a collaborative effort. While the announcements for the below-the-line categories will still be aired after the initial telecast from now on, I do wish they should continue getting the live coverage they’ve always deserved every year. It’d be one thing to wipe out these categories completely, but not giving the viewers something different to appreciate is sad.

And as for the “popular” category, Best Picture should encompass all films of all genres, art forms, and box office receipts, not just the artsy ones that get released at the end of the year when awards season begins. Sometimes, the best and most memorable films of the year are the ones that weren’t even trying to be Oscar-worthy; they’re ones that get released throughout the year and aren’t tailor-made for awards. Filmmakers want their projects to be good and entertaining. Whether or not they become popular should be up to the viewer. So if the Academy wants to be safe by feeling that popular films should be separate but equal, then maybe Rob Lowe tweeted about the situation best:

The film business passed away today with the announcement of the “popular” film Oscar. It had been in poor health for a number of years. It is survived by sequels, tent-poles, and vertical integration.