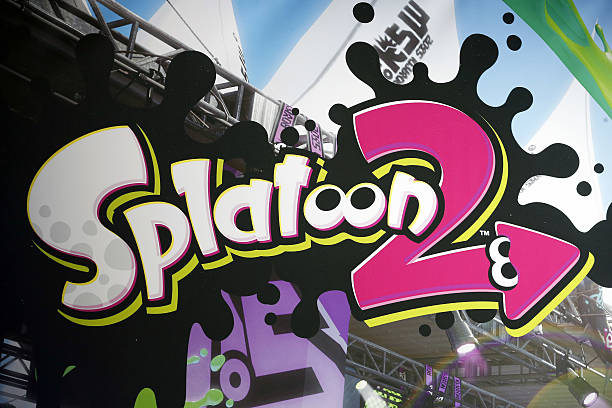 Colorful, charming, and most importantly, utterly chaotic; Nintendo’s latest IP hit, Splatoon, inked the corner of the market for traditional shooter while maintaining the playful tone that draws in the Nintendo charm that has been loved for eons. Only Nintendo can make a game revolving around squid-kids shooting each other and covering a map in ink. With the launch of Splatoon 2 on July 28, Nintendo painted a fluorescent portrait on the video game market by intertwining strategic gameplay with a party-like atmosphere. While playing Splatoon 2, one hardly imagines they are set in a game bubbling with strategic undertones. And with strategic undertones speak to another corner of the market Nintendo has only dabbled water-colors on: esports. In fact, Splatoon 2 was featured as an esports game in the original Nintendo Switch reveal trailer. Thus, the question is begged; does Splatoon 2 have the potential to become Nintendo’s insertion into the competitive gaming market? Nintendo might want Splatoon 2 to become their proverbial esport title, but traditional Nintendo quirks may paint this title onto the wall of niche.

A Sequel to the Heart of Creativity

Understanding the evolution of Splatoon 2 in the esports scene takes a bit of an understanding of how the game plays to the traditional demographic. Yes, Splatoon is a first-person shooter, but for those who have never played a Splatoon game, it brings aspects of intimidation.

Yet, in the same tones that make the game so intimidating, Splatoon 2 capitalizes on everything the original Splatoon did right and makes it better. The graphics are rich and powerful on the Nintendo Switch in both television and portable mode. Every splatter of paint pops, emphasizing the pain of getting inked to death or letting users thrive in their colorful victory.

The maps explode with the plethora of colors, making the goal of inking the map an art of sorts. Counter to the traditional goal of shooting games – to kill – Splatoon 2 is about covering the map in your team’s glorious color. Whether battling in a port or fitness center, the stages allow the modes to be fundamentally fun and creative. Hence, no match is the same, but every match can be approached with a strategic meta.

While the primary mode, Turf War, is about covering the stage with the most ink, ranked modes brings a new dynamic to Splatoon 2. Splat zones plays as a capture the point mode, tower control focuses on a moving tower that must be escorted to enemy territory, and rainmaker plays like a capture the flag where the flag is a massive weapon.

In the end, no matter the game mode, Splatoon 2 offers vast entertainment. The weapons finish off the diverse portrait by allowing players to craft attribute boosts to weapons. Simultaneously this allows for the competitive crowd to establish a meta, while the casual crowd can find their appeasement.

Splatoon 2 creatively flows together, which is great news for the competitive scene. The game modes play off maps that beg strategy for certain game modes, and each game mode begs for a unique package of weapons on the team. Splatoon 2 is a game with a lobby full of creative competition.

The best part of Splatoon 2 is the creative competition intrinsic to the design. In esports, creativity and ease of understanding is essential to establish a core userbase. Due to the welcoming starting point, it also allows for Twitch users to create a community based around analyzing the deeper traits.

However, the same aspects that make Splatoon so colorful and inviting, also make it a more difficult esports title to handle. Do not be distracted by aimless titles on the web; the heart of Splatoon’s issues is not in the community, but in the hand holding that Nintendo has beholden their title to. The community of Splatoon 2 is currently stuck in a painting dependent on Nintendo to evolve their game.

In an interview with Rolling Stones, Producer Hisashi Nogami gave an interesting quote about ‘watching’ instead of ‘discussing’ with the community about changes –

“Our idea of the competitive game that we’re making is that we first offer a set of content to the players and give them the tools for play – the stages and the weapons – and then the players themselves determine what sort of play they’re going to create using those tools. We watch that and keep an eye on it, and then make adjustments if necessary. We have a back and forth with the community.”

Nintendo’s lackluster support of past esports competition is the overwhelming concern. Compared to Capcom, who has invested financially and in some respects sold their soul to esports, Nintendo has done nothing more than smile at the esports community, hold the door, and then head on in their own merry way. They have yet to take the inherent risk that develops a major esports community.

Nintendo has shown support for the esports scene dating back to August of 2015 when they were helped plan a Japanese esports tournament in counterpart with Dwango. Although the tournament in Japan was a resounding success and had $1 Million in prize money, Nintendo only provided equipment for the initial event. They failed to follow up with any more major events.

Moving forward, much of the onus for Splatoon 2’s esports success is on Nintendo. There always will be a very nice painting for a niche community, but without major updates, Splatoon 2 is dead on arrival.

Overwatch, DOTA, League of Legends all boast one similarity that Splatoon 2 does not: insistent communication and updating. The above developers interact with communities to engrain their idea of creative competition with ever-changing play strategies. Esports is not about holding the door into the meeting, but holding the door and sitting down with the community to host the meeting.

That deep level of interaction, even if generic and surface level, is what Nintendo is missing. Reggie Fils-Aime stated as much in a recent Rolling Stones interview that Nintendo is aiming to empower the community, not start up leagues.

Empowering is a cliché power-word used as a trope in the business setting. A nice idea, but an idea that forgets implementation. Nintendo is thinking themselves to death with power words and ideas distracting from the real issue: without developer support and feedback any grass-roots community is dead on arrival.

Is Nintendo’s plan intrinsically wrong or bad business practices? No – not at all. Air of excitement rippled through the Electronic Entertainment Expo (E3) coverage of Splatoon 2’s competitive scene. Being at E3, Splatoon 2 and Nintendo’s other new IP, ARMS, had legs to stand on. The AI were not deceiving anyone – unbridled fun was being had. Producer Mr. Nogami had achieved his goal of, “widening that circle of people who can jump in and enjoy it.”

As a final quote from Mr. Nogami, Splatoon 2 is intentionally competitive just as arcade games were highly competitive. However, it was not designed to be an esport, and in some respects, is best enjoyed among the ‘local-arcade’ setting.

“That said, being an esport wasn’t something that we were ever really considering or aiming for when developing the game. We want to strongly encourage that sense of competition among players – we really want to make a game for players who are seriously interested in competition.”

Bright. Very colorful. But, in the end a fleeting image on the esports scene. Nintendo will support Splatoon 2 for some time, but without insightful, interactive updates, the competition of Nintendo games will only extend to local grass root communities. Unless Nintendo does more than empower base communities to have fun, Splatoon is not a resourceful esport business.