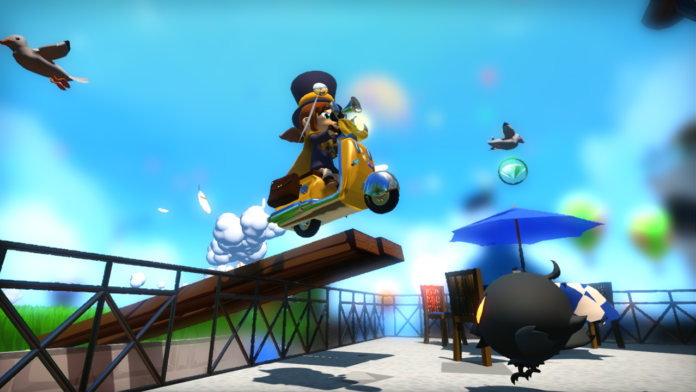 Hello, and welcome to Games You Should Be Playing. This series aims to highlight those games, from indie to AAA, that should be at the top of every gamer’s list. Although titles will inevitably slip through the cracks, there are some out there that you just can’t ignore. This week, we’ll be highlighting a title known as A Hat In Time. If you missed last week’s article on Heat Signature, you can check it out here.

I honestly do not remember the last time I was this excited for a game to release. On a personal note, A Hat In Time hits me, as 2010-style memes would say, “right in the childhood.” Although my excitement dipped for a few months after Yooka-Laylee burned me, it came back into full force over the past month. While a totally new game, this game feels just like Super Mario Sunshine. But enough of my gushing, let’s dive in. Let’s take a look at what makes this one so great, and just why you should be playing it.

Games You Should Be Playing: A Hat In Time

One of the things that makes this game so awesome is the fact that it is hilariously cute. Seriously, it might actually be a crime for your 3D platformer to be this adorable. Different reviewers have mentioned this before, but it honestly cannot be overstated, no matter how hard you try. You play as Hat Kid, who is, as one might expect, an unnamed protagonist who is a kid, wearing a hat. If that wasn’t enough for you, this game’s art style will certainly get you.

The game goes with a semi-cel shaded approach for that perfect cartoony look. The sense of humor matches the art style, as it is goofy and actually strikingly self-aware. The deeper that I got into this game, I found my jaw dropping more and more at the cute-but-dry humor. It’s the perfect mix, and the jokes rarely ever do fall flat. If you’re a fan of cute characters and environments, A Hat In Time is perfect for you.

The closest comparison I could give to this game is, again, Super Mario Sunshine. The graphics and humor are in a similar style, and even the gameplay to some extent. While there is no FLUDD to be found, A Hat In Time makes up for this with its supreme hat selection. Each hat does something different, and it really mixes up the gameplay in some great ways. For example, there’s the Ice Hat, which is essentially this game’s ground pound ability. In that vein, this game almost feels like a PS2-era platformer, maybe akin to Jak and Daxter or Ratchet and Clank.

There are a variety of different gameplay options with the hats, much like there was a variety of different ecos and weapons in Jak or Ratchet. So really, if you liked any of those games, you will absolutely adore A Hat In Time. However, it never feels too same-y, when compared to those games. The people at Gears for Breakfast worked really hard to make this one unique, and boy, did they accomplish that feat.

A Blast from the Past

About a month ago, I talked about how the 3D platformer renaissance that seems to be taking place could be a double-edged sword. Well, A Hat In Time definitely seems to have capitalized on the better edge of that sword. Again, it feels totally unique, despite being a callback to many other games in its genre. Not only that, but the gameplay never feels stale. There’s always something out there to collect, and there are sometimes multiple ways to get that certain collectible.

For people born in the 80s or 90s, this game is probably going to feel a lot like home. It feels familiar, and it actually makes you feel like a kid again. The gameplay is so adorable that it just brings out that inner child, and it almost feels a bit like a Saturday morning cartoon. And that, my friends, is an absolutely magical feeling.

On a more personal note, I am incredibly proud of the staff at Gears for Breakfast for the job they did on this game. After tracking this game for nearly half a decade, it’s amazing to see it finally come to fruition. A Hat In Time is getting rave reviews, and after playing it myself, it truly deserves nothing less. Out of all the games this series has covered, this is my personal favorite. A Hat In Time is nothing short of an amazing game, and will be a founding father to this 3D platformer revival. You should absolutely be playing it.