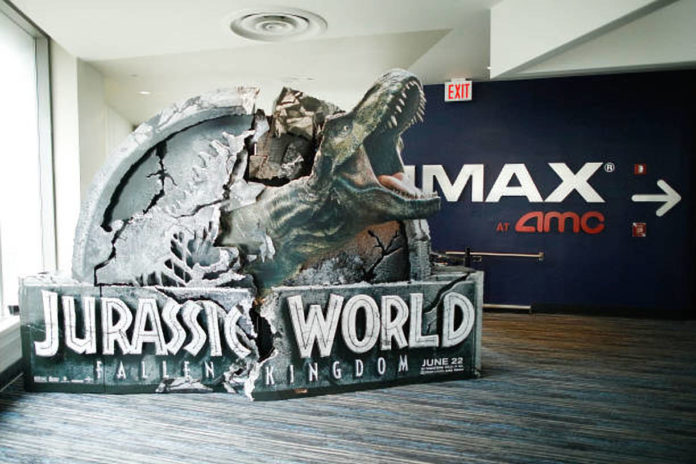 Girls and boys, folks from all around. We are on the last leg of our dinosaur journey. We’ve jumped back and forth between Isla Nublar and Isla Sorna. From Velociraptors that can open doors to genetic projects gone awry, we humans know how to survive. But like all things, all journeys must come to an end. In our final adventure, we will endure some of the toughest obstacles nature has to unleash. Flames to dust, it won’t be just a test of the human spirit. We can’t run or hide, only survive. Welcome…to Jurassic World: Fallen Kingdom.

A few years have passed since the disaster of Jurassic World, and entire world is on edge. Both human and dinosaur, we encounter a slew of new faces this time around. Reminiscent of Captain America: Civil War, two opposing groups are at wits end: to let nature run its course or save the dinosaurs from certain doom. A group of freedom fighters known as the Dinosaur Protection Group are struggling with the federal government to save the dinosaurs. Reprising her role as Claire Dearing, former park manager of Jurassic World, Bryce Dallas Howard shifts from capitalist to naturalist. Former raptor trainer Owen Grady, played by Chris Pratt, is living the simple life in the woodlands of Northern California; beer and wood-cutting are on his mind now.

Thanks to some persuasion from former associates of John Hammond, Claire enlists the help of Owen to track down the remaining dinosaurs on the island that housed Jurassic World. However, there’s just one little problem…and it’s name is Mount Sibo. The eruption of the island’s volcano draws nigh and haste is their only option to rescue the inhabitants.

Trying to locate a Tyrannosaurus or Triceratops might be one thing, but a feral Velociraptor named Blue? You’re better off finding a needle in a haystack.

Despite mixed reviews at the box office, Fallen Kingdom was a well done movie. Both Chris Pratt and Bryce Dallas Howard delivered on their parts, and coupled with a new cast of characters, they set the tone for the crisis movie. Even on the big screen, Pratt always knows how to make people laugh.

But, perhaps the most endearing aspect of the movie is how it gave the limelight to underrated dinosaurs. Specifically, Fallen Kingdom signaled the arrival of the Allosaurus, Sinoceratops, Carnotaurus, Stygimoloch and Baryonx.

The Allosaurus, a native of Colorado and Utah, has long been considered the T. Rex of the Jurassic. And a relative of the Spinosaurus, the Baryonx proves a challenge to the humans whilst chasing them down a lava-filled basement. Two new herbivorous titans, Sinoceratops and Stygimoloch are both bark and bite in this film. And, of course, the Carnotaurus is a juggernaut on the big screen. Not since Disney’s Dinosaur has the Carnotaurus been seen both in cinema and as a major antagonist in a movie.

As for the tone of the movie, no more fantasies or whimsical dreams romanticizing dinosaurs. The dark side of genetic experiments that brought the prehistoric titans back into existence are further explored, and we are introduced to Dr. Wu’s crowning achievement: the Indoraptor. Half Indominus Rex, half Velociraptor, whole monster. Created to be a more obedient version of the Indominus Rex, it ends up being worth a fortune and a living nightmare. However, if there’s anything that previous business ventures have taught us, it’s that you should not tamper with genetics…ever.

Lastly, watching Blue as an infant is probably the cutest thing on the planet Earth.

While Fallen Kingdom did deliver an A+ on the action-meter, the style of the dialogue is reminiscent of previous films; that is to say, it’s bland, dull, and simple. Similar to Lost World, the themes of cloning and chaos theory could have been expanded a lot.

So much material to work with, yet so little time to deliver on it.

Similar to a Michael Bay movie, explosions and crashes defined the movie more than the character growth and dialogue did. Actual conversations with length and detail would have been appreciated greatly by both longtime Jurassic Park fans and casual movie-goers.

The movie did set a tone for darker themes and motifs that can be explored in greater detail in the future, but it would need some extra “oomph” to be memorable.

The Last Word: Handle The Future With Care

It’s hard to follow up on the monster success of Jurassic World. Fallen Kingdom had equal parts good and bad. Dinosaurs are still all the rage, but with the bar set by this recent film, future producers will have to handle the next film with the utmost care. Hopefully dinosaurs won’t be overdone by the time the next movie rolls around.

And that concludes my series on the Jurassic Park/Jurassic World films (for now)! Be sure to check out the previous articles in the series.