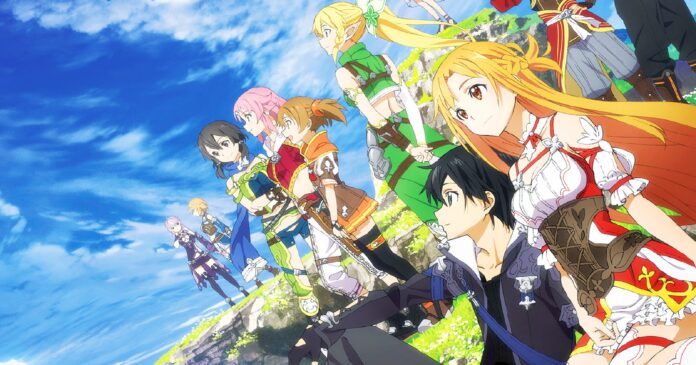 Being swept away from the mundane real world to a fantastical, magical kingdom is a common trope in speculative fiction. In fact, it is a subgenre called ‘portal fantasy’. In Frank L. Baum’s Oz mythos, and the classic film derived from it, The Wizard of Oz, a tornado famously sweeps protagonist Dorothy Gale from her humble Kansas home to the Land of Oz, where she finds magic and peril. In theologian and children’s fantasy author C.S. Lewis’s Narnia Chronicles, WWII evacuees the Pevensey children are whisked from the countryside to the enchanted kingdom of Narnia. These are notable Western examples. Japanese animation boasts its own robust subgenre of portal fantasy, isekai.

Isekai is Japanese for “a different world”, and it involves manga and anime characters who are transported or die and reincarnated into lives in a fantasy world. The most notable example of isekai is Hayao Miyazaki’s Spirited Away. Until the blockbuster success of Demon Slayer: Mugen Train, it was the highest-grossing animated film and the highest-grossing film of all time, respectively, in Japanese history. In the 2020s, an explosion of new isekai have sprouted onto the scene, like Jobless Reincarnation, The Devil is a Part-Timer, Restaurant to Another World, and That Time I Got Reincarnated as Slime. With whimsical, tongue-in-cheek comedy and fantasy adventure, these anime and their protagonists address contemporary Japanese issues like unemployment and low-wage, part-time employment amongst students. With decades of economic fluctuations and the recent travails of the COVID-19 pandemic to cope with, isekai appeals to those wishing to explore another world.

Isekai and its modern-day boom

The explosion of popularity isekai is experiencing has been a slow and steady build. Some foundational works of the genre include:

The Vision of Escaflowne

Alongside Inuyasha, The Vision of Escaflowne stands as a popular 1990s anime that broke new ground by combining elements of shojo (girl’s interest) and shonen (boy’s interest) anime. The protagonist, Hitomi, is a high school girl from Earth who is transported to the planet of Gaea — a magical realm created by the survivors of the fabled Atlantis. Hitomi develops psychic powers, which aid her new companion, Prince Van, in a power struggle. While Van and his mecha-bot, the titular Escaflowne, represent the series’s shonen elements, Hitomi’s independence and narrative importance ground her as the heroine of the series.

A wildly popular shojo isekai, Fushigi Yugi, tells the story of two high school girls who visit Japan’s National Diet Library and are transported into a book they find there, The Universe of the Four Gods. The book transports them to a magical Ancient China, where they become embroiled in a vast narrative of love, rivalry, and revenge, full of Chinese astrological themes. The manga spawned an anime and a series of light novels.

The recent uptick in isekai anime and manga can largely be attributed to the wild popularity of Sword Art Online. Created by Reki Kawahara, SAO was initially published as a series of web novels and then light novels. A manga and later anime adaptation followed. The plot concerns a group of young players traversing the digital landscape of an MMORPG (massively-multiplayer online role-playing game) with high stakes – if they “die” in the game, they will suffer death in real life. Lone wolf hero Kirito travels the game’s worlds, helping those in peril and trying to free himself and his fellow players from this deadly catch-22. With many imitators in its wake, Sword Art Online is one of the most visible franchises of both Japanese animation and comics.

The first isekai anime film is actually considered lost. No verifiable prints of 1918’s Urashima Taro have been found to exist. However, the early 20th-century film is known to be an adaptation of an ancient Japanese folktale. The titular Urashima Taro was a fisherman who was borne to a magical underwater kingdom by a giant turtle, and in the story, he spends time with a sea princess. Not only is this lost film an early example of isekai, but the story upon which it is based is a link between ancient folklore and modern stories of protagonists who are ‘spirited away’.